A rerun of ‘Welcome Back, Carter’ 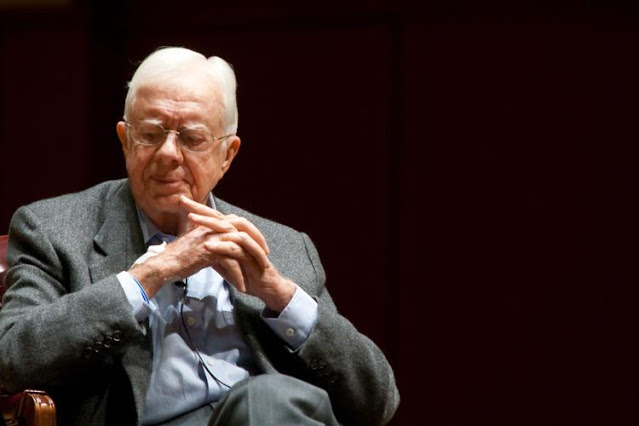 “Nature never makes any blunders, when she makes a fool she means it.”

Television in the 1970s was an era of programming that dealt with integration, ethnicity, idealism and liberalism. “Welcome Back, Kotter” was a sitcom about a former student who returns to his old high school hoping to apply his college syllabus to a class of misfits called the Sweathogs. Gabe Kotter is a well-intended teacher who finds he can’t apply what he learned in college in the classroom.

Its theme song, “Welcome Back, Kotter,” sets the tone of the series. When Kotter returns to Brooklyn High he must ditch his textbook mythology and revert to his roots to instruct the unruly Sweathogs.

Gabe Kotter became aware, “The road to hell is paved with good intentions,” before the Sweathogs got the best of him. “Welcome Back, Kotter” was a very popular show with the number one song at the time we welcomed another visionary theorist, Jimmy Carter, into the White House in the 1970s.

Jimmy Carter ran on a platform of ethical government and world peace. Like Kotter, Jimmy Carter had a “vision” that he could renew voters’ trust in government and win over our enemies by being nice. He was a religious and moral pragmatist who felt theories alone could fix U.S. politics and foreign policy.

“I wish I had known when I was in the White House what I know now.”

Carter was a Walter Mitty liberal who never understood national governance. His first mistake was to surround himself with “Georgia elites” whose weaknesses were the same as his own. He never learned to separate decisions a president must make from those that should be made by advisers.

America faced real problems when Carter took office, including oil shortages and surging tensions with the Middle East and the USSR. Yet he failed miserably with his passive attempts to improve foreign policy. He wasted valuable time developing “theories” on how policy “should” be, not like it was.

“Music and art and love of nature transcend political and social boundaries.”

Carter’s domestic docket was a disaster. Industry needed energy to grow yet he tied the hands of energy producers with EPA restrictions. To limit dependence on oil from rogue nations, he raised taxes on imports to force conservation. This harmed industry and led to increased unemployment.

Oil prices jumped 25% due to Carter’s tax increases that raised the price of gas 10 cents a gallon overnight. Within months, prices on everything escalated to new highs. Carter petitioned the Fed to tighten the money supply on business lending. The Fed increased the lending rate by 3% to banks and cut back on consumer lending. As a result, the dollar’s value plummeted on foreign exchanges.

By 1981, Carter’s botched economic polices brought about the worst economic downturn since the Great Depression. Three-fourths of all job losses were in the middle class goods-producing sector, residential construction and auto manufacturing. Unemployment and inflation soon reached 11%.

“We must adjust to these changing times and still hold to unchanging principles.”

Carter’s foreign policy was less efficient than his domestic failures. It was an undefined mixture of diplomacy and appeasing anti-American regimes guided by his moral and religious beliefs. He was dealing mostly with de facto dictators who saw this as a weakness and lost all fears for America.

He transferred the Panama Canal to General Torrijos, giving away all U.S. influence in the region.

Unlike Gabe Kotter, Jimmy Carter never learned, “The road to hell is paved with good intentions.”

Joe Biden claims to be the next FDR. But many Americans say he’s the second coming of Jimmy Carter. Carter policies brought us gas lines, 11% inflation and Middle Eastern unrest. Biden is well on his way to do a repeat performance of Jimmy Carter, but he is even more dangerous!

“I was elected to repair our broken economy and foreign policy, and by God, I’ll do it!”

Figures from The Consumer Price Index show that, since Biden took office, inflation has accelerated at its fastest pace in 12 years. When Biden shut down the Keystone pipe line, and banned new drilling permits on federal lands, energy prices reached their highest point since 2014 and unemployment rose to 6%.

Consumer goods, energy and housing costs all rose 4.2% this year. According to Bloomberg, the GDP gained only a mere 0.8%. Dow Jones, the S&P and NASDAQ fell when Biden revealed plans to double the capital gains tax. Sen. Charles Grassley blamed the spike in prices and inflation on Biden’s trillions in stimulus spending; calling it “reminiscent of what Jimmy Carter did in the 1970s.”

Biden, like Carter entered office promising to heal our broken political system. But from day one he has been a progressive marionette. Instead of healing America, he has become a master at self-inflicted crises. His misdirection will bring us 1970s stagflation and foreign policies that empower only our enemies.

George Orwell wrote, “Political chaos begins when logic fails.” Biden claims the dismal April jobs numbers show how badly his two other proposals ($5 trillion for infrastructure and families) are needed. How can that help dig us out of this economic hole when these will be paid for with huge tax hikes on investments and business? And who ultimately pays these taxes? The middle class.

Biden, like Jimmy Carter, has proven this job is above his pay grade. Carter didn’t have the tools to govern on the national stage. And any tools Joe Biden possessed are long gone. Biden too has not realized “The road to hell is paved with good intentions.” He continues to repeat his mistakes.

“Failure is unimportant. It takes courage to make a fool of yourself.”

A lot of people have been comparing Joe Biden to Jimmy Carter and rightfully so. But to be fair to Jimmy Carter, Joe Biden is making Jimmy Carter look a lot better. Carter was incapable of handling every crisis he had to face while he was president. On the other hand, Biden has proven he is a master at creating crisis after crisis and actually believes that he is doing something great.

“It is hard to imagine a more stupid or more dangerous way of making decisions than by putting those decisions in the hands of people who pay no price for being wrong.” 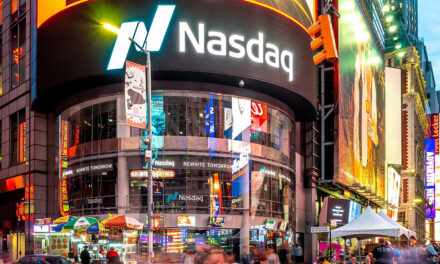 SHEPARD: Nasdaq’s Discriminatory Board-Quota Rule Should Be Defeated In Court 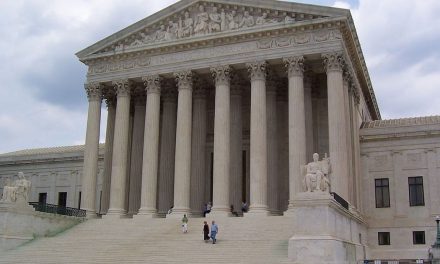