Adam Schiff Received the Whistleblower Complaint a Month Ago and Didn’t Report It Until Now, Why? 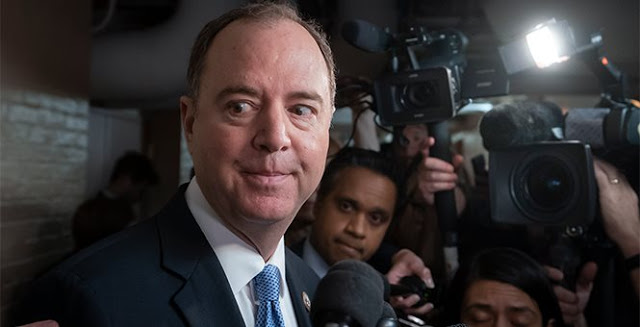 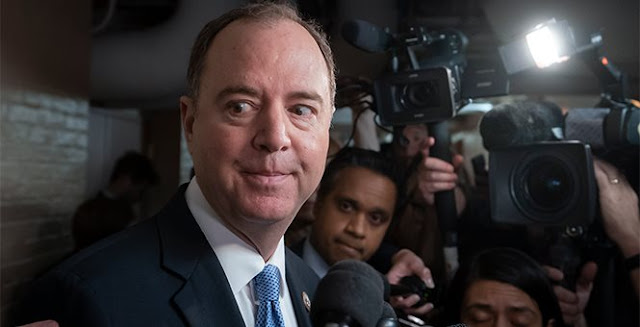 Source: (AP Photo/J. Scott Applewhite)
As Democrats move full speed ahead with their impeachment efforts and false claims of “collusion” or election meddling, holes continue to be blown through their allegations.
The full whistleblower complaint against President Trump’s alleged behavior during a phone call with Ukrainian President Volodymyr Zelensky was released. The call took place in July, but the date on the letter and who it was sent to are raising questions.
The complaint is in fact dated August 12. It was sent to House Intelligence Committee Chairman Adam Schiff in addition to Senate Intelligence Committee Chairman Richard Burr. The news of the complaint didn’t break until last weekend. 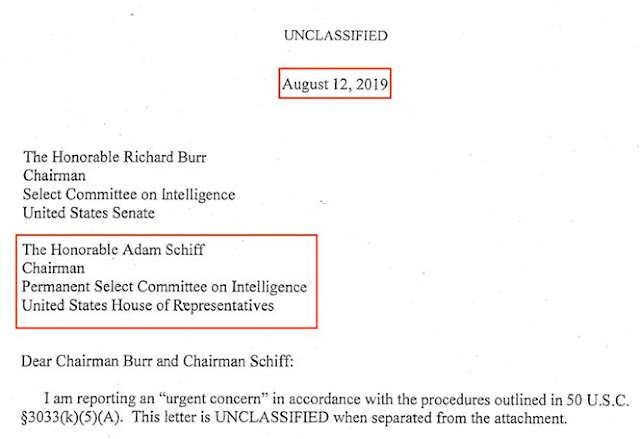 Two weeks ago and just before this news broke, the Department of Justice Inspector General announced he has completed the investigation in FISA abuse and the origins of the Russia investigation. I’m sure the timing is coincidental.
In the meantime, President Trump has called on Schiff to resign and be investigated.
—–

Donald J. Trump
✔@realDonaldTrump
Rep. Adam Schiff totally made up my conversation with Ukraine President and read it to Congress and Millions. He must resign and be investigated. He has been doing this for two years. He is a sick man!
—–
Recommended:
Oh, Brother: Schiff Admits There Was No Quid Pro Quo But Still Believes In Impeachment
Katie Pavlich’s Latest Books, Assault and Flattery: The Truth About the Left and Their War on Women and Fast and Furious: Barack Obama’s Bloodiest Scandal and the Shameless Cover-Up are available on Amazon
https://townhall.com/tipsheet/katiepavlich/2019/09/27/wait-why-didnt-adam-schiff-report-the-whistleblower-complaint-months-ago-when-he-actually-received-it-n2553811?utm_source=thdailypm&utm_medium=email&utm_campaign=nl_pm&newsletterad=&bcid=1b87ed489cb499e9d52de389e64c7f01&recip=19399969

The Beginning of the End of Darkness