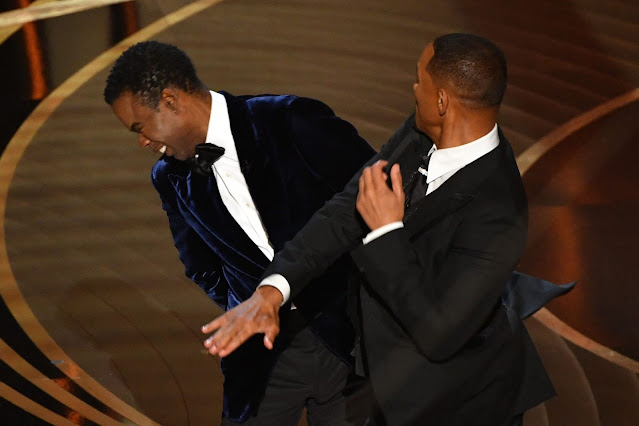 At the start of 94th Academy Awards on Sunday, the three hosts, Amy Schumer, Wanda Sykes and Regina Hall, shouted, “gay, gay, gay, gay!” in unison as a protest of the Florida bill which protects 5, 6, and 7-year-olds from being indoctrinated into the LGBTQ ideology by their teachers. Shortly, thereafter, actor Will Smith stormed on stage and punched Chris Rock in the face for telling a joke about Smith’s wife, Jada Pinkett. Later on, after winning the Oscar for best actor, Smith gave a speech about the similarities between himself and his character, Richard Williams, both being “fierce defenders” of family. Smith received a standing ovation by the same crowd protesting the Florida bill. So, when you punch someone in the face because they told a joke about your wife, you’re a “fierce defender” of family, but when you try to protect your children from being groomed into the LGBTQ community, you’re a bigot. Are we insane? We should not care one iota about Will Smith, Chris Rock, or Jada Pinkett; We should care about our kids.

The bill in question, Florida’s HB 1557, was signed into law on Monday by Governor Ron DeSantis.The bill is often mischaracterized as the “don’t say gay” bill, but actually never uses the expression, “don’t say gay” or even uses the word “gay”. So, the people who are opposed to this bill, are lying about the bill. When people lie like this, it means they want something much more objectionable than what they claim they are fighting for. They are doing what they always do, shrouding their sinister agenda, under a more reasonable goal because they don’t want anyone knowing what they are actually up to. This is why teachers do not want parents involved in their students’ education because their indoctrination will be exposed. The at home learning brought on by Covid exposed the nefarious workings of the schools and teachers because parents saw first-hand what was being taught to their children.

So, after spending 2 years locking kids out of school, masking them, and forcing them to get vaccinated to protect them from a virus that wasn’t any deadlier to the students than the seasonal flu, the people who did all that are now vilifying the students’ parents who want to protect them from the poison of radical gender ideology and Critical Race Theory, both of which will have a more devastating effect on the students’ lives than Covid.

Should we be teaching 6-year-old children about sex, much less homosexuality and transgenderism? In any other context, a grown adult talking to a 6-year-old about sex, sexuality, hormones, and genitalia would be considered borderline criminal. Do we really want adult teachers having these types of intimate conversations with 5, 6, 7-year-olds? Medical doctors are not allowed to be alone with minor children during an appointment to protect the child from potential inappropriate interaction, yet we are opening the door for other adults to talk to children about sex. Are we insane?

Discussions of sex and sexuality with children can be seen in the same vein as teaching religion in public schools. Just as we would not want public school teachers imposing their religious beliefs onto children who come from families of all various religious backgrounds, we do not want teachers imposing their beliefs on sexuality onto children who come from families who teach differing concepts of sexual morality which are rooted in their differing religious beliefs. Beyond the teaching of the pure biology of human reproduction, the teacher should have no other role into the students’ sexuality or sex life. And the fact that these teachers and school boards are so eager to get involved in these minor students’ sex life is very disturbing and revealing.

The fervent and misguided objection to this bill by teachers leads one to believe that maybe those objecting get some sort of pleasure out of exposing young children to this type of sexuality. They pretend that since this interaction occurs with a teacher, it makes it okay, as if a teacher exploiting his or her position to have sex with a student never happens. The school environment in our country is not pristine when it comes to sexual matters between teachers and students. The incidents of teachers acting sexually inappropriately with their students is on a rise and at a disturbing level, so opening the door to teachers broaching the subject of sexuality with students is creating a potentially dangerous situation. Every week, on average, 15 students in America are sexually victimized by the educators entrusted to protect them. And we want to make it easier for teachers to talk about sexuality with the most vulnerable students in the school? Is this really what we want to do? Are we insane? The people on the left continually tell the government to stay out of their bedrooms, yet they are the ones who are opening the door of young students’ bedrooms to adult teachers who happen to work for the government.

American teachers can barely educate our children in reading, writing and arithmetic, and they want to take on the highly nuanced and complex issues surrounding human sexuality? Our teachers are failing our children across the board. Only thirty-five percent of 4th graders in America are reading at or above proficiency level. Out of the top 64 industrialized countries in the world, American students rank 30th in math, 8th in reading, and 11th in science, even though the US is in the top 4 spending on education. We spend 37% more per student than the average industrialized nation, yet our academic performance does not mirror the money invested. Maybe, we are lagging behind because we spend too much time and money indoctrinating, and not educating. And that is why many teachers want to do away with the traditional grading system and standardized testing, because those measures of the academic proficiency of the students expose the teachers’ inability to teach.

Beliefs and attitudes about sex and human sexuality are not scientific fact or universally accepted. There are many competing and conflicting attitudes towards sexuality. Do we really want adults who we barely know, and who may not have gained our trust, teaching our children about homosexuality, transgenderism, premarital sex, abortion, promiscuity? These are all subjects that will eventually come up when you open this door. How many of these teachers will be able to resist the temptation of imposing their own personal beliefs about these issue on the students? Have we looked at American politics lately? All we see are people imposing their political beliefs on others. Do we think that will stop at sex? Of course not. As we see with political issues in our schools, conservative students are continually shut down and silence by the liberal teachers and administrators who run the schools. So, the sexuality that will be taught in schools will come strictly from the far-left perspective. There will be no room for disagreement or dissenting from the morality (or lack thereof) that is being taught in these matters, and as always, those in charge want to keep the parents blind to what is going on. In New Jersey, a public middle school was caught teaching children about transgender hormone therapy without the parents’ knowledge or consent. That is how much respect schools have for the parents.

Many of these students will get conflicting messages about sex because much of what is being taught in school will be dramatically different from the beliefs and morals that many of these children’s parents are teaching in the home. And we wonder why we have a sharp increase of kids throughout our country who are confused about their own sexuality. Many believe that parents should not have a say about what is taught to their children, that the so-called “professionals” should control the curriculum. Remember, the teachers have no vested interest in the student lives, none. After the final bell rings, the teachers go home to their house, and their family, and any problem that arises in the student’s lives based on attitudes and morality that are being indoctrinated in school, the parents must deal with, confront, and work through, not the teachers.

The teachers have no real concern about the life outcomes of the students. How much sleep are American school teachers losing from the fact that only thirty-seven percent of 12th graders are reading at or above proficiency level, and are not prepared to be a productive citizens? Not only aren’t the kids being taught, their lack of proficiency is not being identified by the teachers, as they are pushing kids ahead who are not working at grade level. The teachers’ unions have made it virtually impossible to fire teachers for poor performance. And what happens after the teacher gets involved with the students, talking to them about sexual issues, injecting their own beliefs and ideologies onto the child? The teacher goes home. But the parents are the ones who have to deal with the fallout from their child’s indoctrination or miseducation. The parents are going to have to pick up the pieces of their child’s shatter life if they made a poor decision as a result of what they “learned” in school. The teacher disappears from the student’s life, never be heard from again while the parent is the parent of the child for the remainder of their lives.

This desire to teach 5, 6, and 7-year-olds about radical gender ideology, progressive sexual beliefs, and critical race theory, is solely about getting to the children as early as possible, before their sense of self, and their morality is developed, so they can indoctrinate the children into their neo-Marxist, post-modernist worldview, which many parents are fighting tooth and nail against not only in the schools but throughout most of popular culture. Nothing good will ever come of this type of indoctrination. What would the outcry be if a pro-life group we’re able to get access to these children and teach them about their pro-life beliefs? The same people objecting to the Florida Bill would be objecting to that practice because they are not about teaching children, they are solely about indoctrinating them. And the best way to indoctrinate the masses is get to them as young as possible. They cannot allow these children to start thinking for themselves beyond their indoctrination.

It is absolutely no business of any adult teacher in any school to have any conversation with any child about their sexuality. None. Not their business. None. 100% inappropriate. The children in question are prepubescent, their bodies have not even begun to develop sexually so their thoughts and minds are not on sexual matters, yet these teachers want to inject sexuality into these young minds. If the parent believes that there is an issue with a child, the parent can take the child to a trained professional to have those types of discussions. The teacher is not qualified to have those conversations. And any teacher who wants to or is forcing himself into those discussions, suspiciously appears as somebody who gains gratification from talking about sexual things with minors. These people in the education establishment are hell-bent on corrupting the innocence of the youth, and they will label anybody a bigot who fights to protect their children from their corrupting influences.

This is why Jesus said, “whoever causes the downfall of one of these little ones who believe in me – it would be better for him if a heavy millstone were hung around his neck and he were thrown into the sea.” Mark 9:42 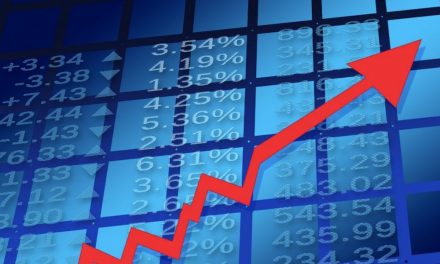 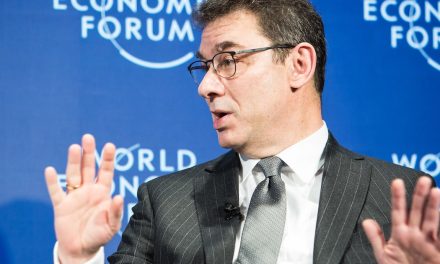