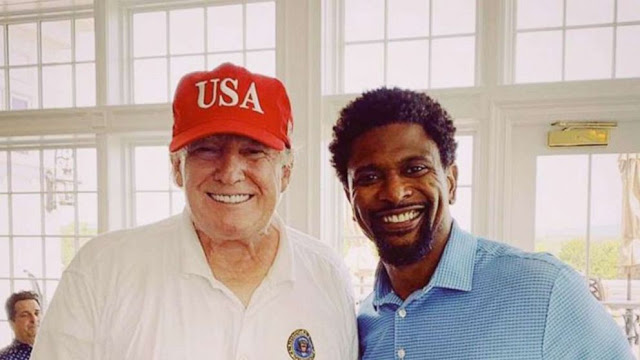 By Dave Boyer | The Washington Times
Former NFL player Jack Brewer once raised campaign money for President Barack Obama, but now he’s among the increasing number of black voters who support President Trump.
“There is an awakening going on right now in the country,” Mr. Brewer said of black voters who traditionally support Democrats. “I’m going to take the guy who’s actually putting in the policies that are going to make life better for my young black son and my young black daughter, versus somebody who gives me lip service — like, unfortunately, the Democrats have done for our community for years.”

Mr. Trump and his reelection team are aggressively courting black voters amid a strong economy that has reduced black unemployment to 5.5%, lowest in history. The Trump campaign launched its “Black Voices for Trump” coalition in Atlanta last month.

“The Democrats have let you down,” Mr. Trump told black supporters at the time. “They’ve dismissed you. They’ve hurt you. They’ve sabotaged you for far too long.”

There’s some evidence that the president’s policies and campaign outreach are making inroads with black voters. Three polls in November showed Mr. Trump’s job-approval rating among black voters in the 30% to 35% range, a significant increase over other surveys that have generally shown black voter support of less than 10%.

“I’ll remind you, the president received 8% of the black vote in 2016,” said a senior Trump campaign official.

The president and his campaign advisers know that poll numbers and approval ratings don’t always translate into votes, but they think Mr. Trump has a good chance to significantly increase the level of support he receives from black voters in 2020.

“If you look at how they attacked him for being a racist during the [2016] campaign, I think his policies have [produced] results for the black community that have been extraordinary,” the campaign official said during a recent briefing.

Said another Trump adviser, “One thing the president’s done is to try to govern for everybody. Even those who didn’t vote for him in the last election are now seeing a lot of results in their communities, and we’re seeing the poll numbers amongst all those groups grow in a way that creates a lot of opportunities.” 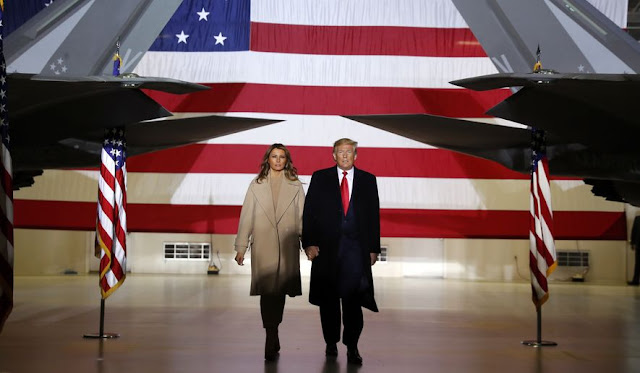 In this Dec. 20, 2019, file photo, President Donald Trump arrives with first lady Melania Trump to sign the National Defense Authorization Act for Fiscal Year 2020 at Andrews Air Force Base, Md. (AP Photo/Andrew Harnik, File)
Political discord and the impeachment vote have not marred President Trump’s odds of reelection. They have actually improved, according to betting aggregators US-Bookies.com, an industry source that tracks the trends of the nation’s betting, as well as the consumer aspects.
“Over the past week, Mr. Trump went from 1/1 to 10/11 to win the 2020 Presidential election,” the organization said.
“Despite all the fanfare about the president’s impeachment, the reality is that this is highly unlikely to materialize into a conviction,” says the group’s betting industry analyst Alex Donohue.
“The betting markets now suggest the upshot of this entire process is that Trump is more likely to win 2020,” he said.
The organization’s “live election tracker’ currently gives Mr. Trump a 47.6% chance of winning the 2020 presidential election, up from 40% at the beginning of December.
“His nearest competitor, Joe Biden, sits at 13.9%, with Bernie Sanders following at 10%. Elizabeth Warren and Pete Buttigieg are just behind Sanders at 9%,” Mr. Donohue said.
https://www.washingtontimes.com/news/2019/dec/24/bookmakers-say-trump-will-win-in-2020/

What’s next — giving the Presidential Medal of Freedom to David Duke? 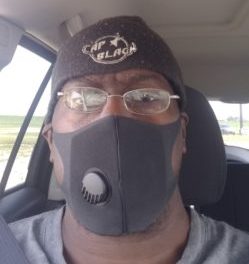