The latest immigration reform implemented by the Trump Administration stops women from coming to America for the sole purpose of giving birth here.

In a RedState commentary, Project 21 member Christopher Arps says the practice of “birth tourism” is exploitative of American law and particularly unfair and offensive since it takes advantage of rights enacted to protect the black community.

New rules state that a pregnant woman from a country where travelers must apply for a visa may now be denied one if State Department officials have “reason to believe [she] intends to travel for this primary purpose” of having her baby while in the United States – taking home a newborn with American citizenship.

Pointing out problems with this illegal industry that can cost women up to $80,000 and the American taxpayer a whole lot more, Christopher writes:

Not only is birth tourism unfair to the American taxpayer and to legitimate immigrants wanting to come to America legally, it also puts our national security at grave risk.

According to research from the Center for Immigration Studies, an estimated 33,000 children were born to women visiting the United States during the second half of 2016 and first half of 2017. While this may not seem like a large number, these new birthright citizens can freely travel back to the United States, enjoy the benefits of American citizenship (including welfare) and bring other family members to America via “chain migration” later in life.

According to a White House statement, the new rule protects “[t]he integrity of American citizenship” from “endemic abuses” and will “defend American taxpayers from having their hard-earned dollars siphoned away to finance the direct and downstream costs associated with birth tourism.”

In his commentary, Christopher cites Project 21 Co-Chairman Horace Cooper on the importance of immigration reform. In a press release about reforming how immigrants may access American public assistance, Horace said:

American immigration law for almost 140 years has operated with the goal of stopping people from coming here to take advantage of our welfare. What was applicable to European immigrants in the past should be applicable to those coming from all over the world today.

It’s unfair for American taxpayers, specifically the working poor, to have to subsidize immigrants from the day they arrive. And it’s insulting to put those people on a path toward citizenship.

Project 21’s “Blueprint for a Better Deal for Black America,” which contains policy recommendations designed to help blacks reach their full potential and ensure the American dream is attainable for all citizens, advocates against the subsidization of people in the United States illegally. It recommends prohibiting illegal alien access to non-emergency public services and penalizing individuals and groups who continue to prioritize giving public services to those violating immigration law.

Regarding the particular offense to the black community by those who seeking to exploit birthright citizenship rights, Christopher writes:

The Fourteenth Amendment was never intended to be abused through practices such as birth tourism.

The amendment was ratified in 1868 to protect the rights of native born African Americans whose rights were being denied after emancipation. 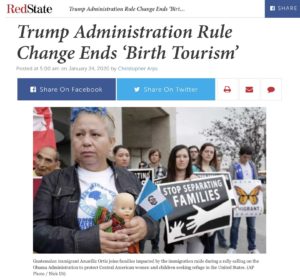 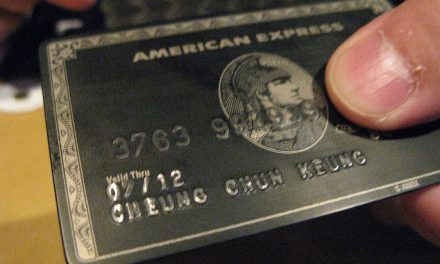