The Rev. Al Sharpton had harsh words for mayoral hopeful Mark Green and the Democratic Party yesterday – charging the Democratic nominee did “everything he could to polarize the city.” “I want to know where the whole Democratic leadership was [during the mayoral runoff],” Sharpton, who’d supported Fernando Ferrer against Green in the runoff, said at a rally at his National Action Network headquarters. “Wherever they were, stay there – and keep your mouth shut. Don’t be running your mouth off to us.” Sharpton’s comments came as Green spent a second day taking hits from Ferrer supporters over an attack… 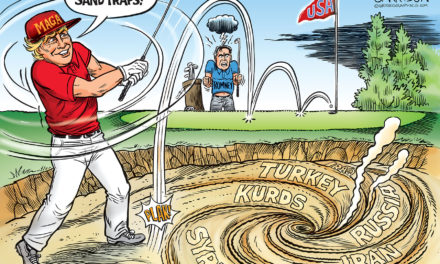 The Sand Trap Of War