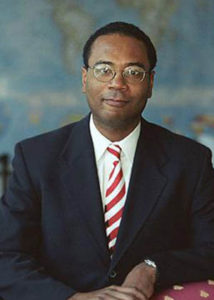 Washington, D.C. – President Donald Trump’s economic policies were responsible for last month’s improved employment numbers, said members of the Project 21 black leadership network, who credited the president with reviving an economy devastated by COVID-19 lockdowns and with helping the black community get back on its feet.

“Even in a pandemic, the free-market policies of the Trump Administration are growing the economy and benefiting America – especially black America,” said Project 21 Co-Chairman Horace Cooper.

“The October jobs report provided further great news about America’s super-V recovery from the China-virus lockdown,” said Project 21 member Deroy Murdock. “After rocketing to 14.7 percent in April, unemployment has tumbled back down to 6.9 percent. While this is higher than anyone would like, jobs are returning to the economy at a much faster pace than anyone imagined. Last month, 638,000 more Americans found work.” 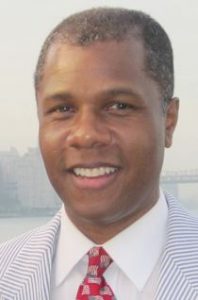 The American workforce added 638,000 new jobs in October – causing the overall unemployment rate to drop a full percentage point to 6.9%, according to a report from the U.S. Bureau of Labor Statistics. The total number of people entering the workforce in October was approximately 1.5 million, with total workforce participation increasing to 61.7%. Additionally, the U-4 alternative unemployment measure that includes discouraged workers who left the workforce – often considered the true unemployment indicator – also fell a full percentage point to a comparable 7.2%. This figure has dropped 4.2% since June.

“All of this is a testament to Trumponomics,” added Murdock. “President Donald J. Trump’s tax cuts, regulatory relief, and pro-market atmosphere created the most booming American economy ever. COVID-19 put it in bed for a while. But now it is regaining its strength at an incredibly impressive pace.”

In the black community, total unemployment fell to 10.8%. Approximately 433,000 blacks entered the workforce in October – the second-largest influx ever recorded. Blacks and Hispanics both outpaced whites in entry into the workforce.

“Black unemployment has decreased six percentage points since May – 16.8% to 10.8% – and black male unemployment has dropped almost four percentage points since June,” noted Project 21 member Derryck Green. “In 2016, fearmongerers were certain that Donald Trump’s economic policies would kill the economy. But cutting regulations – which function as taxes – and reducing tax rates across the board have done the exact opposite.

“Much of the economic uncertainty and instability aren’t the result of COVID-19,” noted Green. “They’re actually due to the response to COVID-19. Despite the refusal of several liberal mayors and governors to reopen their respective economies, the economic policies of the Trump Administration continue to see significant gains. Third-quarter GDP expanded at its fastest rate ever – 33.1%.” 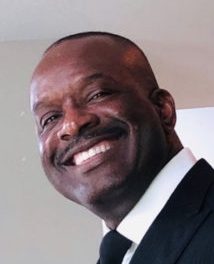