Why Does the Black Community Continue to Let the Master Kill Them Off?

We celebrate a man today who fought for civil rights and freedom, but the rest of the year we continue to celebrate the single most enslaving organization in the world. Planned Parenthood.

People of all walks of life—black, white, Asian, Christian, non-believer, rich, poor—support abortion. It is especially disheartening when Christians and people of color do not understand the depth of the intentions of Margaret Sanger and her population control agenda.

Sanger was a eugenicist. She believed every undesirable trait in humans was inherited and could be eliminated through the control of reproduction. If you are black, Jewish, or Catholic, Sanger said you should not procreate. If you are poor, she once said, the best thing you can do for your offspring is kill them. If you are a prisoner, prone to felonious behavior, you should not pass on your evil genes to others, and thus should not have children.

And you thought “reproductive rights” were all about women’s rights.

Today, 45 years after the landmark Roe v. Wade decision, you still will not walk through a mostly white or affluent community and see an overtly advertised abortion clinic. Doctors who provide abortions for their richer clients do so in a much more discreet manner. There is a reason these factories of death are boldly advertised in poor communities where the majority of residents are minorities. The poor (white or not) and non-white citizens among us have long been believed by people like Sanger to be more susceptible to felonious activity and perpetuating poverty for infinity.

When blacks support abortion they ignore the fact that the intention is to eliminate them. They have bought into the lie that they are poor and will always be poor and therefore the most gracious thing they can do is kill their babies before they are born into a hopeless world. They support the lie that birth of a black child is somehow dangerous and that an abortion is statistically safer for the mother (PP Black Community tweet).

When Christian blacks support abortion they not only believe all these lies, they ignore what God says on the issue of abortion. Exodus 21:22-25 makes it very clear that God considers the child in the mother’s womb to be a life worthy of protection. He said that if the child is killed or injured by an outside party, the child’s injury is to be atoned for in the same manner as any other murder or injury. Christian blacks who support abortion lack faith in God to take people and lift them out of poverty. They ignore the fact that the best way to help any community is to offer the hope of the Gospel, not to kill them off. Who do you think has the greater potential—a person born into poverty in the greatest country in the world or a dead person?

So, when Christians and Christian blacks support the Democratic Party and liberalism based on their desire to support abortion, it is puzzling how Republicans and conservatives come out being the racists.

Conservatives by and large want to end abortion. Not because we don’t believe in a woman’s reproductive rights. We simply believe there are better (and cheaper and safer) methods of birth control than ripping a child from his mother’s womb limb by limb.

We are not racist because we want to see children born to their mothers, even if the mother is poor or black. We are the ones who believe that in a capitalist society everyone has the same opportunity to rise above their circumstances and have a measure of success through hard work and determination.

Conservatives are not the ones saying things like we don’t want our daughters burdened with a mistake for the rest of their lives, as President Barack Obama said in a speech to Planned Parenthood supporters. It is true that we don’t want our children bearing the responsibility of a child for a minimum of 18 years. We just happen to believe that pregnancy prevention and smart choices, like abstinence, are the way to achieve this goal. And, we happen to believe that if someone gets pregnant when the circumstances are not ideal that mother must take responsibility for her actions, not kill an innocent child to cover up her sins or poor choices.

The next time you hear someone call a conservative a racist for being pro-life and for fighting against Planned Parenthood, stop and think about it for a second.

Who is more racist?

The person trying to save the lives of all unborn children?

Or, the person who thinks black babies have no hope and so they above all others should be killed?

Who is more of a slave?

The person who kills her baby because the master told her it is the only way for her to have a productive life?

Or, the person who gives life to her child so that he has a chance to do something great in the world in spite of what the master tells her? 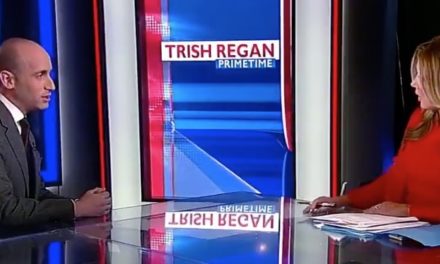 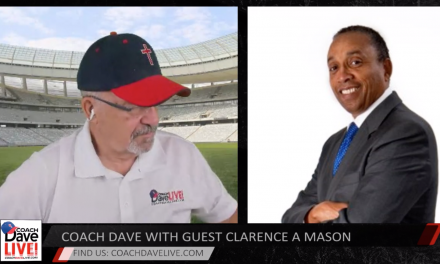 (Video) We Love Each Other-Interview with Coach Dave