Black Lives Matter activists appear to like violence, and that will ultimately hurt their cause.

In a conversation with PragerU’s Will Witt, Project 21 member Derryck Green explained that the Civil Rights Movement of the 1960s was successful specifically because it was peaceful. Activists created a “moral distinction” by not meeting violence with violence.

But in the present-day rioting, Black Lives Matter has been seen aligning itself with violent Antifa extremists. Derryck called Antifa “opportunists,” and said that Black Lives Matter failed in its obligation to shut down the rioting at the very beginning. Instead, the organization ended up betraying the black communities it is allegedly trying to save.

When black communities were burned and local businesses looted, especially at a time when the economy was just opening up from the COVID-19 lockdown, Black Lives Matter activists had a duty to prevent the material damage that was visited upon black America.

Residents are now displaced. Businesses are reeling. “Who’s gonna want to come back in?” Derryck asked. And, for residents who work in those neighborhoods, there is the realization that labor costs are often one of the first cutbacks.

This is why Derryck told Witt that people can “reject Black Lives Matter as a movement [while] not rejecting the idea that black lives matter.”

A major problem he sees with leftists is that they are now “using black rage and white guilt to achieve their aims.”

Derryck said that Black Lives Matter activists are currently more like the Black Power Movement that existed at the same time as the Civil Rights Movement. And their goal back then – similar to today – is not to overcome,  but to overrun.

As today’s activists seem intent on erasing history, it’s clear they have not learned from it. The flaws of the Black Power Movement, Derryck noted, are being repeated by Black Lives Matter:

The Black Power Movement didn’t really win anything legislatively. They didn’t really convince anyone morally. They got some political concessions, but it was more social. And then they were kind of co-opted by the white left. Black Lives Matter is the same way.

Derryck’s advice is to replace the rage with reason:

Think about your strategy. Adopt something that’s going to be nonviolent. Morally persuade people. Don’t instigate or offend people who would otherwise be receptive to your message and then help you advance what you say you want to achieve. Black Lives Matter isn’t doing that.

The more of us there are, they won’t so easily be able to pigeonhole us and intimidate us into silence.

And his additional advice for conservatives to be loud and proud crosses racial divisions:

And I would actually say the same thing for white conservatives as well… If you can see the arrows that black conservatives continue to endure, and a lot of them haven’t renounced their conservatism, then you have no choice. You have to be courageous as well.

If we can do it, you can do it. And we would love your help… Our army would be much more effective if we had more people standing with us on the front lines to push back on what’s happening culturally, politically and socially by the left.

Watch this conversation on the PragerU website. To see the other half of Derryck’s discussion with PragerU’s Will Witt, click here.

The post Black Lives Matter Violence is Its Downfall appeared first on The National Center. 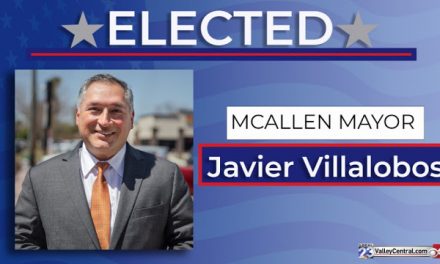 LET’S DO THIS! GOP’s victory in Hispanic-majority city in blue county spells BIG TROUBLE for Dems and it’s a GLORIOUS thing