Bloomberg-Bought Dems in Virginia Try to Ban Most Guns

Mike Bloomberg’s gun control group outspent the NRA in Virginia’s election by multitudes, hoping to clinch new seats and make unconstitutional inroads against the Second Amendment in the Old Dominion. Bloomberg’s plan unfortunately appears to have paid off: Senator Richard L. Saslaw, Bloomberg’s bought-and-paid-for Democrat, recently introduced legislation that would effectively outlaw most semiautomatic firearms in the state. Bill SB 16, introduced by Saslaw on November 18, states, “It is unlawful for any person to import, sell, transfer, manufacture, purchase, possess, or transport an assault firearm.” The bill greatly expands the state’s arbitrary definition of an “assault firearm” to include… 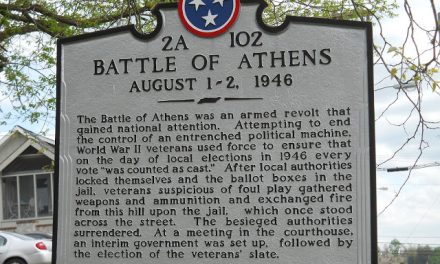 The Battle of Athens