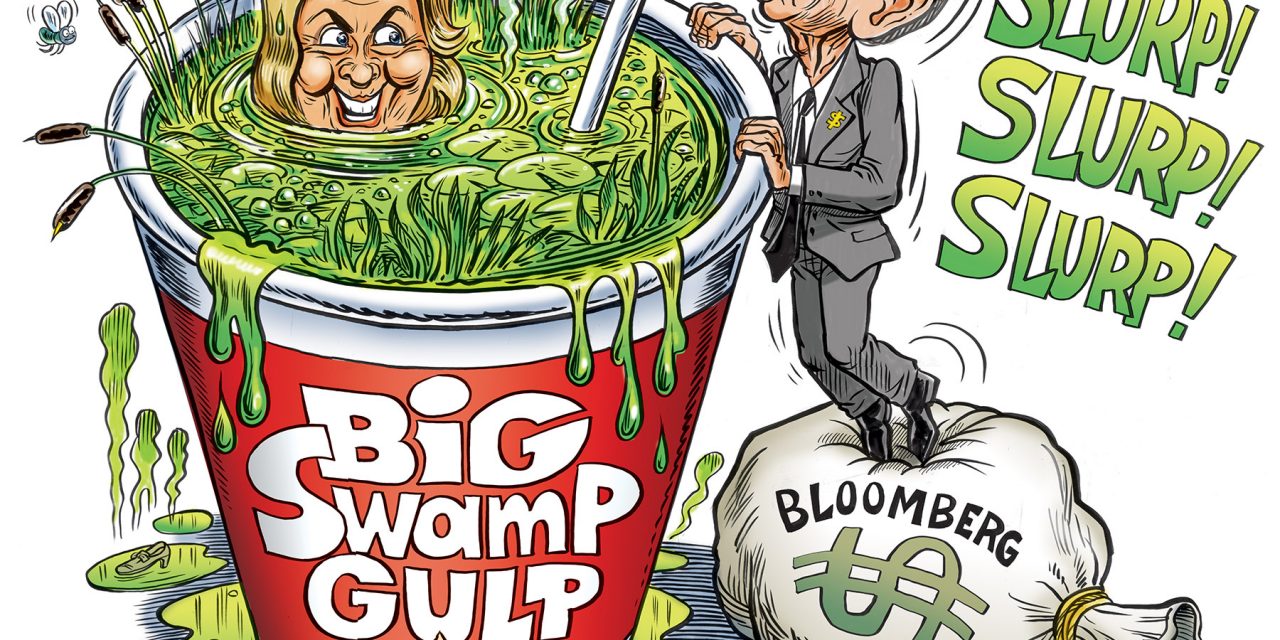 Belly Up To The Swamp

Multi-billionaire and former New York City Mayor Mike Bloomberg once tried to ban “Big Gulp” sodas in his city. He also wanted saltshakers removed from restaurant tables and stricter rules about smoking and so forth. Most of his bans were unconstitutional, but that didn’t seem to matter much to a statist control freak such as Bloomberg.

Now he wants to buy the presidency and control our nation. Unfortunately for him, he can’t buy charisma.

Bloomberg, like Biden and Bernie, is in his late 70s. Mike is even more mean spirited than either Biden or Bernie. He has insulted minorities, women, and most recently farmers. Sure he’s short in stature, but his vision for America is not only shortsighted, it’s downright repulsive. He’s a ‘government force’ kind of guy. He wants you to turn in your guns and take your mandatory vaccines. He wants open borders. He wants the de-industrialization that his climate change laws will bring. He is in league with globalists and big corporations as well as the entrenched Deep State Swamp. Why else would he suggest Hillary for his running mate?

The only thing Bloomberg has going for him is cornucopia of cash. Even with his profligate spending, I doubt he can influence a great many American voters to swallow the swill he’s offering them because his toxic swamp policies are simply too hard to swallow.

THE ADVANTAGES OF BEING POOR IN AMERICA