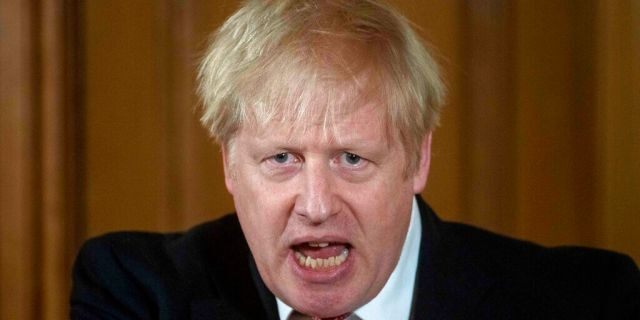 By
Britain’s Prime Minister Boris Johnson talks during a Coronavirus press conference, in Downing Street, London, Friday March 20, 2020. Johnson remains in intensive care where he has been given oxygen due to the coronavirus, but he is not on a ventilator, senior cabinet minister Michael Gove said on Tuesday, according to the BBC. (Julian Simmonds/Pool Photo via AP)
British Prime Minister Boris Johnson was given oxygen overnight but did not require a ventilator, according to a senior cabinet minister, speaking a day after the coronavirus-stricken head of government was moved to an intensive care unit at a London hospital.
Johnson, 55, was admitted to St Thomas’ Hospital on Sunday, as the country continues to fight the epidemic.
COVID-19-related deaths are nearing 5,400 in the U.K. and 11,000 in the U.S.
Johnson has been “receiving the very, very best care from the team at St Thomas’ and our hopes and prayers are with him and with his family,” senior cabinet minister Michael Gove said.
“He is kept, of course, under close supervision. By being in intensive care if there is further support he needs it is there at hand. But the Prime Minister has not been on a ventilator,”  Gove said, according to Sky News.
A spokesman for Mr Johnson later confirmed: “The PM has been stable overnight and remains in good spirits.
“He has received standard oxygen treatment and is breathing without ventilation or non-invasive respiratory support. There has been no diagnosis of pneumonia.”
Gove himself later announced he would be going into self-isolation after a family member showed symptoms.
The government previously said the decision was a precaution and that the prime minister had been in good spirits earlier in the day. Johnson asked Foreign Secretary Dominic Raab to deputize for him, the spokesman said.
“Over the course of this afternoon, the condition of the prime minister has worsened and, on the advice of his medical team, he has been moved to the intensive care unit at the hospital,” the spokesman previously said. “The PM is receiving excellent care, and thanks all [National Health Service] staff for their hard work and dedication.”
Johnson quarantined in his home since being diagnosed with COVID-19 on March 26.
The U.K. has no official post of deputy prime minister, but Foreign Secretary Dominic Raab has been designated to take over should Johnson become incapacitated.
Raab told a news conference that the prime minister was still running the government, although he added that he hadn’t spoken to the prime minister directly since Saturday, according to Reuters.
Meanwhile, President Trump gave his best wishes to the prime minister during a White House coronavirus briefing on Monday.
“We are very saddened to hear that he was taken into intensive care this afternoon. Americans are all praying for his recovery. He has been a really good friend. He’s been really something very special,” Trump said.
David Aaro is a Reporter at Fox News Digital based in New York City. Fox News’ Greg Re and The Associated Press contributed to this report.
https://www.foxnews.com/world/boris-johnson-oxygen-ventilator-coronavirus-intensive-care

Black Reparation: “The Forty Acres and a Mule Syndrome” 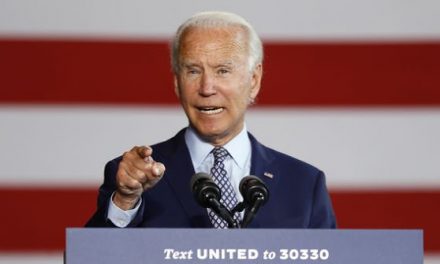