British Prime Minister Boris Johnson has been referred to a police watchdog over his alleged relationship with an American businesswoman when he was mayor of London. On Friday, the Greater London Authority (GLA) said in a statement that it has asked the Independent Office for Police Conduct to assess whether it is necessary to investigate Johnson for the criminal offense of misconduct in public office. “Allegations have been brought to the attention of the Monitoring Officer that Boris Johnson maintained a friendship with Jennifer Arcuri and as a result of that friendship allowed Ms Arcuri to participate in trade missions… 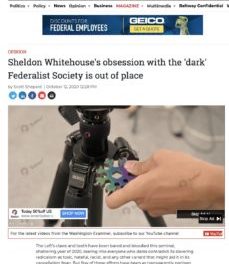 Adam Schiff Will be Called as a Witness in Senate Impeachment Trial: Graham