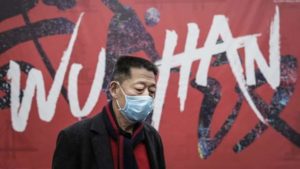 In an exclusive story at RedState, Jen Van Laar reports that sources inside the intelligence community say a high-ranking defector from China has been working for months with the U.S. Defense Intelligence Agency (DIA). According to Van Laar’s confidential sources, that high-ranking defector claims to have knowledge of special weapons programs in China—that include bioweapons.

Adam Housley first reported via Twitter on Thursday that “the increased pressure on China in recent days is due to a defector with intimate knowledge” of the program. According to Housley, FBI director Christopher Wray “didn’t know right away because they wanted to make sure they got all they needed before telling him.”

In fact, Wray was “ambushed” with the information, according to Van Laar’s sources, as was the CIA. “Sources say DIA leadership kept the defector within their Clandestine Services network to prevent Langley and the State Department from accessing the person, whose existence was kept from other agencies because DIA leadership believes there are Chinese spies or sources inside the FBI, CIA, and several other federal agencies,” according to the report.

Why was the defector so important that he had to be kept under wraps?

According to RedState’s sources, “the defector has been with the DIA for three months” and has provided “an extensive, technically detailed debrief to US officials.”

All of this raises many questions. Why, “suddenly,” did the U.S. legacy media en masse turn-tail and start pointing fingers at China and doubting Fauci?  Why did left-wing outlets like the Washington Post and BuzzFeed “suddenly” decide it was the right time to drop Fauci’s emails—just days after the lab-leak story was “suddenly” no longer verboten on social media? Fauci’s emails revealed what we’ve been reporting here at PJ Media for months (mostly behind the paywall for our VIP subscribers to avoid the  social-media censors): that Fauci was working with a Chinese scientist from the Wuhan lab; that he asked Bill Gates and Mark Zuckerberg to help with COVID messaging; and that he signed off on funding for dangerous gain-of-function research in Wuhan.

One gets the sense that a dam the size of Three Gorges on the Yangtze River is about to blow. The question will be, as it almost is when political figures are caught in a coverup: What did they know and when did they know it? And who knew what was really going on?

If any of this turns out to be true—particularly the suggestion that China may have intentionally unleashed the most deadly bioweapon in world history—you might want to begin thinking about where you’re going to spend the U.S.-Sino War. If, as Housley claims, the FBI, CIA, and other federal agencies are swarming with Chinese spies, it would constitute the biggest national security failure in U.S. history—and the most deadly.

The implications are terrifying. 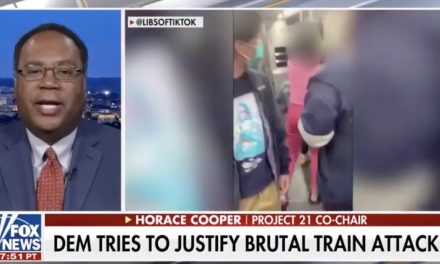