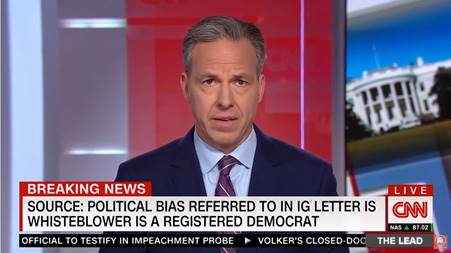 There is no way to sugar coat this: The Ukraine smear is 100% a Democrat hit on President Trump.
Not only did Adam Schiff’s office meet with the so-called “whistleblower” prior to the complaint being filed, he then helped guide the “whistleblower” through the complaint process the way the Democrats wanted it to be done. Then Schiff played dumb, and subpoenaed the complaint they knew had been filed because his team was part of the process.
Absolutely ridiculous.
On top of that, one of the so-called “whistleblower’s” attorneys is a lawyer who worked for Hillary Clinton, Chuck Schumer, and donated to Joe Biden.
Stop the madness. The Ukraine charade reeks of partisanship.

December 24 – God’s Kingdom Is the Source of True Joy

At peace with the storm