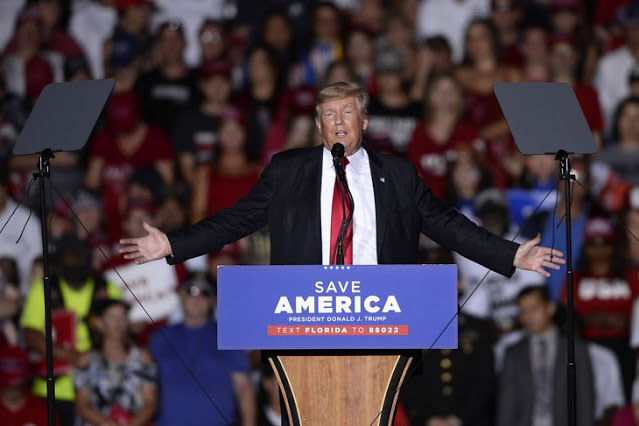 Former President Trump announced today he is suing big-tech companies Facebook, Twitter, and Google in the Southern District of Florida.

“We are demanding an end to the shadow-banning, a stop to the silencing, and a stop to the blacklisting, banishing, and canceling that you know so well,” he continued.

Trump was permanently booted from Twitter and temporarily banned from Facebook following the mostly peaceful (no, really) January 6 Capitol protest that turned somewhat violent when Trump supporters, armed with flags and donning MAGA hats, breached the Capitol and scared commie politicians. No word on when members of Antifa and BLM will be held responsible for their year-long attack on American cities—which were planned on Facebook.

Wealthy Marxist CEO of Facebook Mark Zuckerberg decided on January 7 that Trump would be suspended from Facebook, stating that Trump used his profile to “incite violent insurrection against a democratically elected government.” Facebook extended the ban last month to at least January 2023.

Trump snapped back at Zuckerpig’s decision, stating: “Next time I’m in the White House there will be no more dinners, at his request, with Mark Zuckerberg and his wife. It will be all business,” suggesting he may run for president in 2024.

FACT-O-RAMA! To date, no sedition charges have been filed against a Capitol rioter or protestor.

Trump said the suits against the big-tech goliaths will show that the companies enact “censorship of the American people.” Hailing the suits as a “beautiful development for our freedom of speech,” Trump said, “we’re going to hold Big Tech very accountable.”

The suit is backed by the America First Policy Institute, a nonprofit launched by several former Trump administration members, to maintain and advance the former president’s policies.

Big-tech companies have a habit of banning conservatives. Twitter banned the New York Post for its exposé on Hunter Biden’s laptop, stating that the information was false. The story turned out to be accurate. None of the big-techs have banned left-wing news sites for reporting the myth of Trump/Russian collusion over a two-year stretch.

Kevin Downey, Jr. Is a comedian and columnist. When he isn’t writing or performing on stage he is collecting surf records and perhaps practicing his mixologist skills at his tiki bar. His apartment, the Atomic Bunker,  looks like it was furnished from George Jetson’s garage sale. 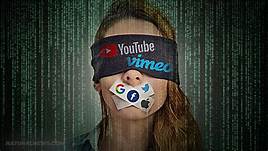 Twenty percent (20%) believe that the companies remained neutral and 23% are not sure.

In every measured demographic group, more voters believed that the companies supported Biden rather than Trump. Even Democrats, by a 3-to-1 margin, held that view.

Other data showed that 78% of voters believe tech companies like Twitter, Facebook, and Google  could swing the results of the election to benefit their preferred candidate. Additionally, 62% believe technology companies have too much influence on our politics and political campaigns.

Section 230 of the Communications Decency Act gives big tech companies special immunity from prosecution for things posted on their platforms. Since they received this immunity from the government, 63% of voters believe they should they be required to abide by the 1st Amendment guarantee of free speech.

Note: Neither Scott Rasmussen, ScottRasmussen.com, nor RMG Research, Inc. have any affiliation with Rasmussen Reports. While Scott Rasmussen founded that firm, he left more than seven years ago and has had no involvement since that time. 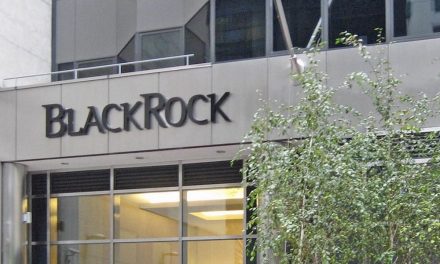 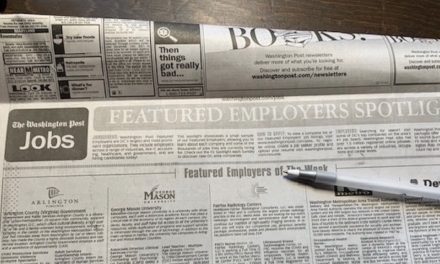