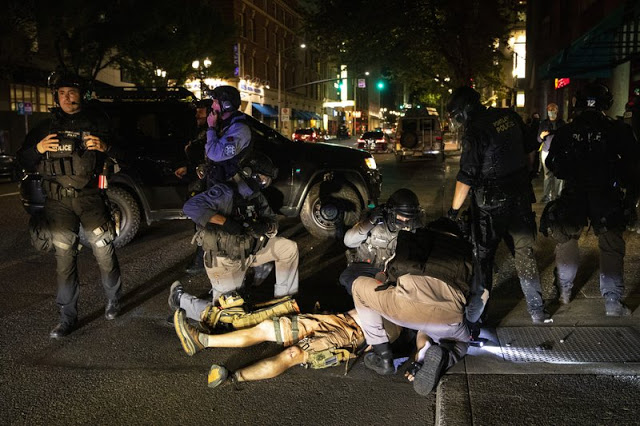 By John Hinderaker
Violence in Portland escalated late last night as a Trump supporter was shot and killed, presumably by BLM/Antifa leftists. Portland’s left-wing newspaper, the Oregonian, reports the bare facts and pretty much takes the position that the man who was murdered had it coming.
That certainly is what the leftists on the scene think. Via InstaPundit:
—
A Tweet:

Andy Ngô
@MrAndyNgo
On the 95th night of riots and violent protests in Portland, a conservative rally attendee was fatally shot.
A Trump supporter who participated in the Portland caravan rally was shot & killed in downtown Portland. Antifa & BLM extremists physically blocked them on the road & threw projectiles. Upon confirming the deceased wasn’t one of theirs, antifa & BLM cheered & danced in the street outside the Justice Center.
It sounds like someone is shouting, “We got a Trumper right here” just before the shots are fired and the man is killed.
—
News coverage so far seems to be taking the side of the murderer(s). E.g, NBC: “Trump praises right-wing supporters and rails against protesters following unrest in Portland.”
Rioters have always been protesters in the lexicon of the liberal press. Now murderers are protesters, too.
https://www.powerlineblog.com/archives/2020/08/trump-supporter-murdered-in-portland.php 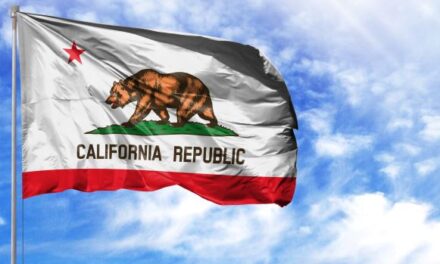 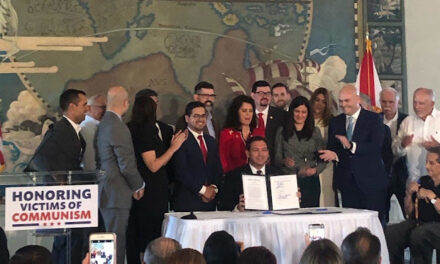