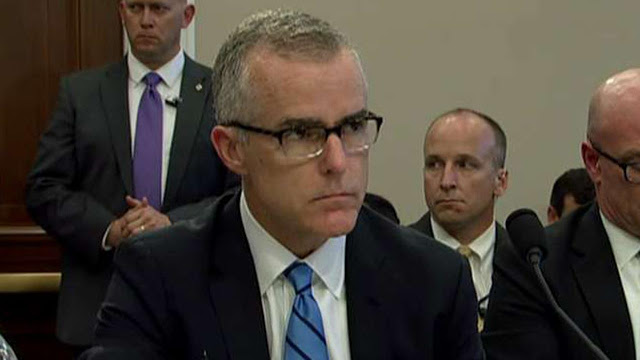 By
Andrew McCabe, AP Photo
U.S. Attorney Jessie Liu has recommended moving forward with charges against Andrew McCabe, Fox News has learned, as the Justice Department rejects a last-ditch appeal from the former top FBI official and current CNN contributor.
McCabe — the former deputy and acting director of the FBI — appealed the decision of the U.S. attorney for Washington all the way up to Jeffrey Rosen, the deputy attorney general, but he rejected that request, according to a person familiar with the situation.
The potential charges relate to DOJ inspector general findings against him regarding misleading statements concerning a Hillary Clinton-related investigation.
A source close to McCabe’s legal team said they received an email from the Department of Justice which said, “The Department rejected your appeal of the United States Attorney’s Office’s decision in this matter. Any further inquiries should be directed to the United States Attorney’s Office.”
McCabe spent 21 years with the FBI. He became the acting director in May 2017 after President Trump fired former director James Comey.
McCabe’s legal team met with Liu in person to make an appeal not to move forward with any prosecution. They also met with Rosen, in person, for the same reason, according to a person familiar with the meetings.
McCabe’s team also sent an “extensive” letter to Rosen following the meetings, laying out their reasoning against moving forward with a prosecution, according to the source.
Last month, a source close to the process told Fox News that McCabe had a “target on his back” because of the Justice Department inspector general findings.
Then-Attorney General Jeff Sessions fired McCabe in March 2018 after the inspector general found he had repeatedly misstated his involvement in a leak to The Wall Street Journal regarding an FBI investigation into the Clinton Foundation.
The IG report faulted McCabe for leaking information to then-Wall Street Journal reporter Devlin Barrett for an Oct. 30, 2016 story titled “FBI in Internal Feud Over Hillary Clinton Probe.” The story — written just days before the presidential election – focused on the FBI announcing the reopening of the Clinton investigation after finding thousands of her emails on a laptop belonging to former Democratic Rep. Anthony Weiner, who was married to Clinton aide Huma Abedin.
The Journal’s account of the call said a senior Justice Department official expressed displeasure to McCabe that FBI agents were still looking into the Clinton Foundation, and that McCabe had defended the agent’s authority to pursue the issue.
That leak confirmed the existence of the probe, the report said, which Comey had up to that point refused to do.
The report said that McCabe “lacked candor” in a conversation with Comey when he said he had not authorized the disclosure and didn’t know who had done so. The IG also found that he lacked candor when questioned by FBI agents on multiple occasions since that conversation.
McCabe has denied any wrongdoing and said the inspector general’s conclusions relied on mischaracterizations and omissions, including of information favorable to McCabe.
Last month, McCabe sued the FBI and the Justice Department over his firing, arguing it was part of Trump’s plan to rid the bureau of leaders he perceived as disloyal to him. McCabe argued in his complaint that the two officials responsible for demoting and then firing McCabe — FBI Director Chris Wray and Sessions — created a pretext to force him out in accordance with the president’s wishes.
The stated reason for the firing was that McCabe had misled investigators over his involvement in a news media leak, but McCabe says the real reason was “his refusal to pledge allegiance to a single man.”
McCabe has been attacked by the president since before he was elected after news emerged in the fall of 2016 that McCabe’s wife had accepted campaign contributions from a political action committee associated with former Virginia Gov. Terry McAuliffe during an unsuccessful run for the state Senate there.  McAuliffe is a close ally of Bill and Hillary Clinton, who was being investigated at the time for her use of a personal email server while she was secretary of state.
After McCabe’s hiring by CNN, Trump called it “disgraceful.”
CNN did not immediately respond to a request for comment on Thursday.
Fox News’ Catherine Herridge, Brian Flood, Adam Shaw and The Associated Press contributed to this report.
https://www.foxnews.com/politics/us-attorney-recommends-proceeding-with-charges-against-mccabe-as-doj-rejects-last-ditch-appeal 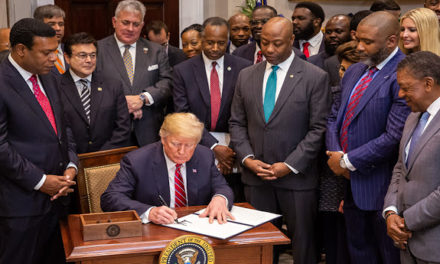