Britain’s ambassador to Iran, was arrested on Saturday in Tehran, briefly detained, and then released.

Sky News journalist Haynes reported from Kiev, Ukraine, that according to her sources Mr Macaire “was arrested, briefly, and then released”. The British embassy in Tehran has reduced staff levels but the ambassador and his team are still in the country. Ambassador Macaire has been in post since March 2018. The Mirror reports that Iranian media Tasnim News Agency claimed that the 53-year-old diplomat had been accused of inciting protesters and was arrested outside of Amir Kabir University. Iranian media claimed he was detained for several hours before being released. Sky News reports that the ambassador had been attending a… 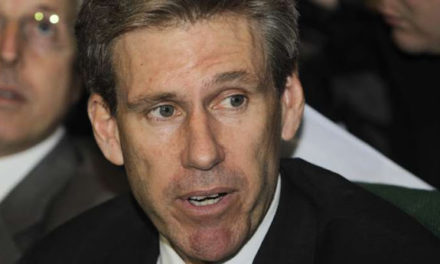 Republican apologizes for saying Democrats are ‘in love with terrorists’