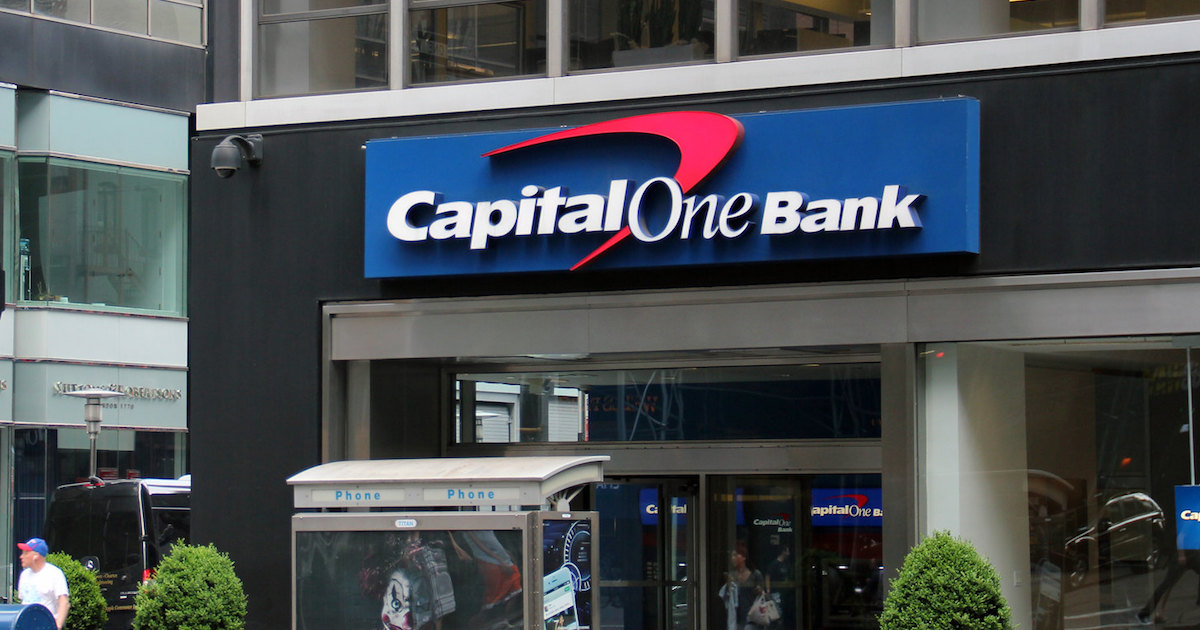 Washington, D.C. – The Free Enterprise Project (FEP) took Capital One to task today over the credit card giant’s support for left-wing legislation that would wreak havoc on women’s sports and strip millions of Americans of federal religious freedom protections.

“If Capital One’s leadership has any idea what is in the Equality Act, it sure wasn’t evident today,” said Justin Danhof, Esq., who serves as General Counsel and FEP Director at the National Center for Public Policy Research, and who questioned the company’s executives at today’s annual meeting of Capital One shareholders. “For a company that claims it stands against all forms of discrimination, it sure engages in a whole lot of discrimination.”

According to the Human Rights Campaign, Capital One supports the Equality Act. First, is that true? And second, in light of criticism from scholars and legal experts that the law would eviscerate female sports and cancel federal religious freedom protections, does the company support the entire Equality Act or just portions of it? If you could elaborate with specifics, that would be great.

Danhof’s question and the company’s response can be heard here.

After the meeting, Danhof noted that Capital One CEO Richard Fairbanks answered every shareholder inquiry except for his. Danhof responded:

If business leaders want to cancel religious freedom protections and female athletics, they should have the courage to stand up and say so.

The company is also antagonistically discriminating against Americans of faith. The Equality Act specifically writes the 1993 Religious Freedom Restoration Act out of the equation, putting religious Americans in great jeopardy. Even former President Barack Obama considers religious freedom a fundamental human right and an essential part of human dignity.

We’ve reached the point that the entire leadership team of Capital One – a credit card company of all things – is to the political left of perhaps the most liberal president in American history. How pathetic is that?”

Today’s meeting marks the 18th time FEP has participated in a shareholder meeting in 2021. To schedule an interview with a member of the Free Enterprise Project on this or other issues, contact Judy Kent at (703) 477-7476.

Addressing the Chinese Threat to America