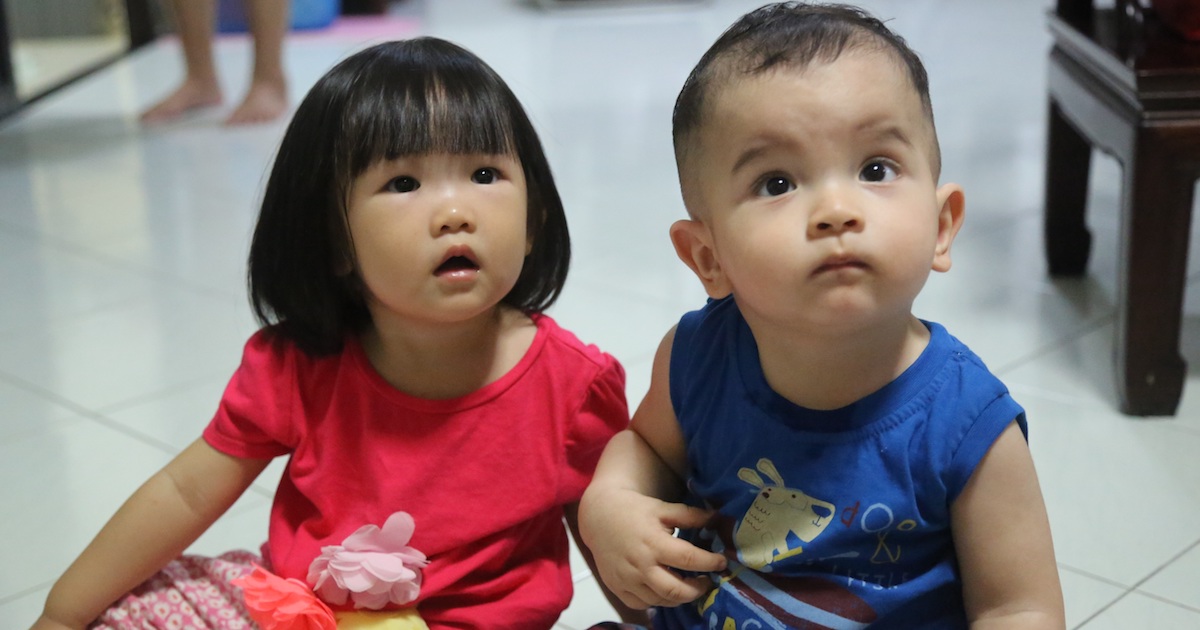 As Project 21‘s Marie Fischer notes in a commentary published by “Issues & Insights,” China’s birth restrictions have been devastating to that country.

For example, that nation’s elderly population suffers from the lack of a younger support network:

Due to China’s one-child policy, it now has a declining workforce to serve its largely greying population. By 2050, there will be 1.5 seniors for every working adult, thus reducing available labor resources. Not only are there fewer workers supporting elderly pensioners, but there are also fewer adults to physically assist them…. Poor seniors are more likely to suffer from bad health and earlier death – reducing their quality of life.

The younger generations, Marie writes, are also “experiencing mental health and socialization impacts” because of the lack of siblings in many families.

The heavy Chinese preference for male over female babies under a system that once limited families to one child also exerted a heavy toll. Obviously, the female babies who were never given a chance to live should be the most lamented. Marie points out that “China forced contraception, abortion, and sterilization upon its people to ensure compliance.”

But the disproportionate gender ratio has created other unexpected ripple effects:

This has led to a ratio of 1.2 males to every female, resulting in a surplus of over 30 million men. Young unmarried men, no matter their nationality or ethnicity, are more likely to commit both violent crimes and property crimes – and China is no exception. The crime rate in China has increased sixfold in the past three decades, and the one-child policy is considered a substantial cause.

Thankfully, China’s Communist leaders have realized the error of their ways and are easing these devastating birth restrictions.

Unfortunately, American leftists are taking this failed idea and running with it. Marie notes that a special interest group called World Population Balance (WPB) is running a billboard campaign to promote policies similar to those in China here in the United States:

WPB was founded to “help the world solve our overpopulation crisis and celebrates the choice to have a small family,” according to its website. This campaign encourages couples to limit themselves to just one child or choose not to have children at all.

While those in the West should know better than to sign on to this agenda, Marie isn’t so sure they will use common sense:

[W]ith leftists pushing for more stringent environmental regulations and federal funding of Planned Parenthood, how long before the Western establishment jumps on board with more than billboards?

Marie challenges anyone tempted to consider government birth control to ask themselves this question:

What is the purpose of having a healthy planet when the population that occupies it is not mentally, physically, or emotionally healthy?

Issues and Insights was created by the former editorial page staff of Investor’s Business Daily. It describes itself as “unapologetically free market and for limited government.” 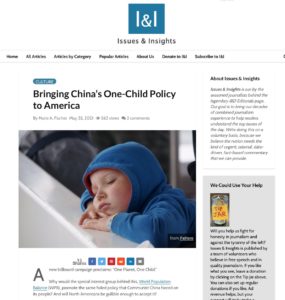 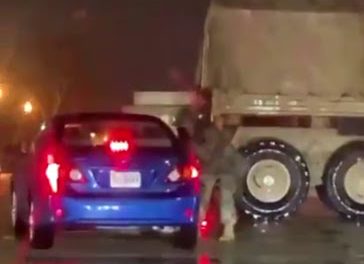 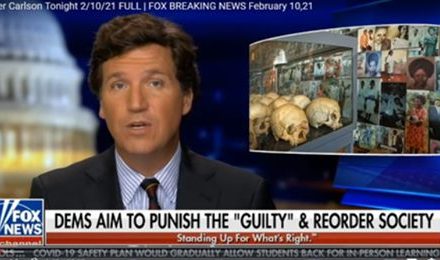