Before the holidays, impeachment was the issue dominating Washington. As the new year begins… notsomuch. Yet the threat that impeachment and related criticism of the White House and its supporters presents a real danger to our society.

It’s this danger that Project 21 member Donna Jackson pointed out in a new commentary published in Washington’s influential The Hill newspaper.  She warned that “liberal disregard for common decency and the rule of law could usher in a new era of Jim Crow laws.”

In particular, it was U.S. Representative Hakeem Jeffries who made such a claim against the President during the impeachment debate. Trying to address the fact that such a serious accusation and the impeachment process itself is something “divid[ing] a fractured nation,” he suggested there was a “difference between division and clarification.” Impeachment – using the civil rights and women’s suffrage movement as other examples – were his clarifications for how society should act.

In his mind — and the minds of many liberals — emancipating the slaves, ending Jim Crow segregation and supporting women’s suffrage are akin to impeaching the president in that they all apparently provide “clarity.”

But the impeachment drums that began before President Trump was even inaugurated, and the angry election campaign that preceded them, already have divided our nation. The ensuing three years of sensationalized demands for investigations and hearings have kept much of the real work of government from getting done and continue to pit supporters and detractors against each other.

She also remarked that this alleged clarification has thus far led to the President being “railroaded in a way that parallels how many falsely-accused blacks once were treated. And if it can happen to Trump, it can happen to anyone whose views are opposed by those on the left.”

To make her point, Donna presented several examples of how the liberal definition of clarification is being used more to separate people and ideas out than to remove confusion:

In the Jim Crow era, blacks could find themselves facing false charges, being demonized by the media and being tried by mob or court with no regard for fairness. Today’s persecution and segregation are no longer based on the color of one’s skin, but on one’s beliefs.

This is seen in the long national slog through the false accusations of the Steele dossier, the unproved claims of collusion dispelled by the Mueller investigation and the lack of substantial charges during the impeachment process.

In the Jim Crow era, blacks and whites were treated differently. Depending on where a black person resided, he or she might not be able to find a job, a place to live or a restaurant in which to eat. Now consider what happens to President Trump’s supporters today.

Just ask Sarah Huckabee Sanders and Kristjen Nielsen about not even being able to dine out without being discriminated against for their White House affiliations.

Big tech firms are accused of bias against conservative employees, and social media “jail” seems overpopulated with those on the right. Conservative speakers on college and university campuses find free speech a rare commodity when violent leftist students, professors and administrators protest them.

“The signs are clear that leftists are divisive,” Donna concluded. Clearly, this “clarification” is not helpful in calming public discourse or bringing people together. “What’s even clearer,” she noted, “is that their efforts to dehumanize their opponents are the real threat to civil rights.”

To read Donna’s commentary in The Hill – “The Real Threat to Civil Rights? Trump Haters” – in its entirety, click here. 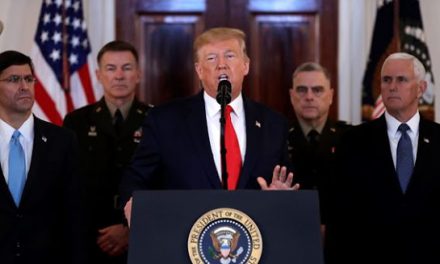