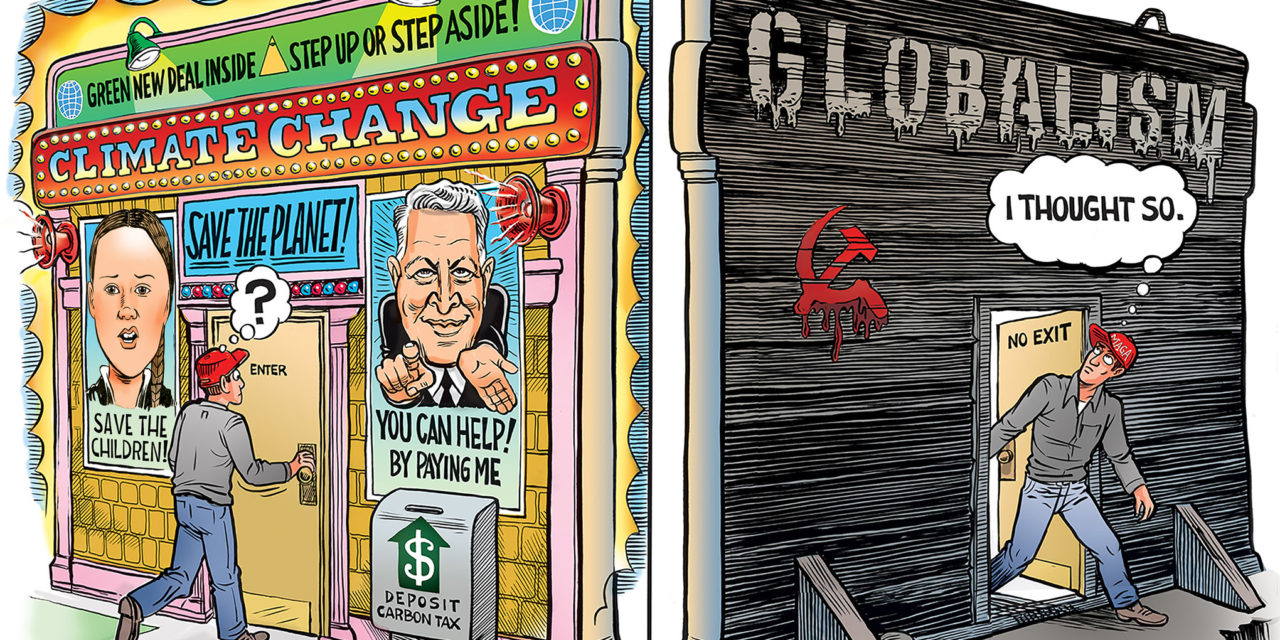 I decided to update this cartoon have it feature Greta Thunberg, who is replacing Al Gore as the face of ‘climate change.’

It used to be called global warming, but ‘climate’ has better leveraging power. Sure the climate changes, but the globalist tyrants want to use weather to instill within us a constant fear of doom. Greta is being used by Soros to help crush our economy and freedom and usher in socialism. Once the control freaks get that, we can expect a great culling because they consider most of us to be ‘useless eaters.’ They own the planet. It’s theirs. We’re mussing up their paradise with pollution and overpopulation. At least, that’s how they see it. They only want enough humans around to operate as their slaves and service them.

America is the lynchpin. Once we’re destroyed, the rest of the world will be easy. It’s why Thunberg doesn’t complain about polluters in Africa, India, and especially China. 90 percent of the plastic floating in the oceans comes from Asian countries. Meanwhile Thunberg was photographed aboard a luxury sailing ship owned by the globalists.

They all support central banking control and globalism.

Meanwhile in Montana, we have snow in the mountains and snowflakes falling outside my window. The “climate” can change very quickly here in the Treasure State.