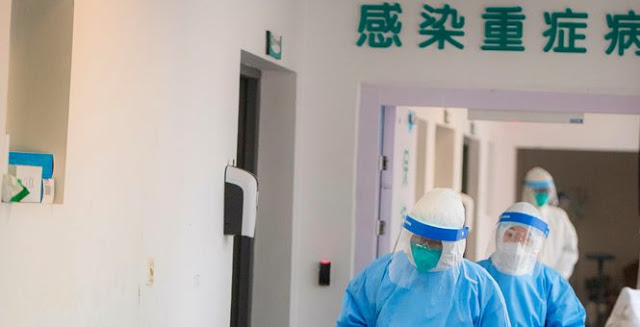 By
Source: Xiao Yijiu/Xinhua via AP
Professor William Jacobson teaches at Cornell Law School. He runs the Legal Insurrection blog. It’s one of the many conservatives read daily. Among their many stories, these guys were the ones who filed a FOIA request about then-Meet the Press host David Gregory breaking the law by holding a so-called high-capacity magazine, which is illegal to own in Washington D.C., on live TV. The DC police actually wanted to arrest Gregory, but the D.C. attorney general blocked it because, for lack of a better term, David was a good guy. Yeah, two separate rules at play then as it’s played elsewhere when a Democrat breaks the rules to attack Republicans.
Yet, with Wuhan Virus being declared a pandemic by the World Health Organization, the panic will increase. It’s ridiculous. Is Wuhan serious? Yes. It’s not the Spanish flu. It’s not even Swine Flu. Prof. Jacobson knows something about the latter; he was infected and survived. And he noted that the liberal media was just as horrific in their coverage then as they are now. They blamed the GOP, just like they do now with Trump and WuFlu. Jacobson noted that the only difference between the 2009 and 2020 coverage is that this is an election year now. And the liberal media is doing the best it can to make this into Trump’s Chernobyl.
Via Legal Insurrection:
There was a sense of panic with the Swine Flu, but nowhere near the hysteria we are seeing now regarding Wuhan Coronavirus, certainly not at this early stage.
But I do remember that then, as now, Democrats and the media tried to blame Republicans, specifically spreading false claims that Republicans had prevented funding pandemic preparations (sound familiar?). I wrote the prior April 2009, when Swine Flu first emerged, how the media was misrepresenting the preparedness,  The Truth Is The First Victim Of Swine Flu.
There is a big difference between then and now. It was not an election year. Obama was in his first year of his first term. Trump is in the fourth year of his first term, so the Wuhan Coronavirus media frenzy combines real panic with hyperventilated anti-Trump news coverage.
Two things are true at the same time: Wuhan Coronavirus should be taken seriously as a public health danger, and Democrats and the media are trying to weaponize it for election purposes. They want this so badly to be Trump’s Katrina or Chernobyl. 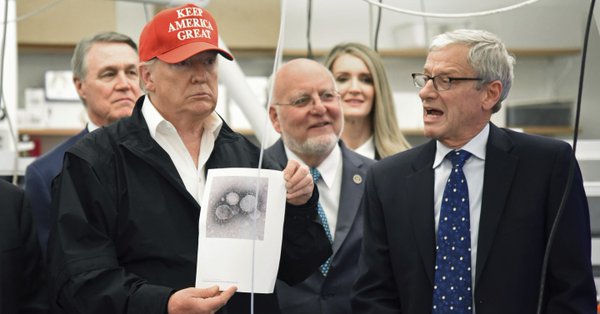 The media’s irresponsible coverage has caused the markets to drop and businesses to take unnecessary hits because of the hysteria. The liberal media has caused more damage than the Wuhan virus. The average age from someone who was killed by the Wuhan virus is 80. The elderly and the immunocompromised are and have always been the populations most at risk for death with a viral infection. The seasonal flu infects millions more each year. This year 32-49 million were infected, 560,000 were hospitalized, and 18,000-50,000 are estimated to have been killed by the flu this year. In 2009, the Swine Flu infected 60 million Americans and killed over 12,000.
We’re nowhere near that with the WuFlu. Take precautions of course. Maybe you need to skip church, a school dance, or an athletic event. It’s not the end of the world. Keep washing your hands and take all the other precautions outlined by health officials that help you from getting sick. You know, the stuff you were taught in elementary school. The sick thing is the liberal media has found something that can hurt Trump—and they’re gleefully using it to destroy people’s lives via market disruption in order to get that done. And these folks whine when we call them what they rightfully are: an enemy to the people.
https://townhall.com/tipsheet/mattvespa/2020/03/11/college-professor-who-had-swine-flu-notes-key-difference-in-democratmedia-complexs-hysteria-over-wuhan-virus-n2564591

October 19 – Jesus’ Deity in His Judgment