Over three dozen conservative leaders – including National Center General Counsel Justin Danhof, Esq. – have sent a letter to Alphabet CEO Sundar Pichai, demanding that he explain why conservatives appear to be routinely censored by the company’s Google search engine.

Nothing that Pichai is scheduled to testify before Congress on July 29, the signers issue a stunning challenge in their letter:

Google deliberately censors conservatives. We dare you to deny that under oath.

Noting that the testimony is to be before the House Judiciary Committee’s Subcommittee on Antitrust, the letter further proclaims:

It’s time for the federal government to consider antitrust solutions for companies like Google and the rest of the Big Tech industry that have grown too powerful and too irresponsible.

On July 21, it was discovered that many popular conservative websites were inaccessible from the Google search engine. The company blamed the problem on a “technical glitch,” which a former Google employee suggested could reveal an anti-conservative blacklist.

Signers to the letter say this incident is just the latest in a pattern of abuses that approach a level of censorship:

It’s the same old game. Censor conservatives, wait for someone else to call you out on it, then blame the algorithms or another technical problem for the censorship. Somehow you never manage to discover your own glitch. It’s always your victims who do.

And Google’s “approach to this scandal” shows “an utter lack of transparency” that is now “second nature to you and your organization.” The letter goes on to ask Pichai four relevant questions:

And it puts forward one rhetorical question:

How many more times will Google censor conservatives, and then lie about it before Congress has to take action against your company?

Besides Justin and Media Research Center President L. Brent Bozell – who spearheaded the letter – other signers include conservative media executives including Will Chamberlain of Human Events, Craig Strazzeri of PragerU, Steven Ertelt of LifeNews.com, Floyd Brown of The Western Journal, R. Emmett Tyrell, Jr. of The American Spectator and Joseph Farah of WorldNetDaily as well as other conservative leaders.

Big Tech’s current exemption from scrutiny as a publisher of content, its obvious abuse of this benefit bestowed on it by the Communications Decency Act and a recent Trump Administration executive order challenging the exemption are addressed in the latest edition of National Center President David Ridenour’s “ScoopTV.”

To read the coalition’s letter to Alphabet’s Pichai in its entirety, click here.

The post Conservatives Call Out Google Censorship appeared first on The National Center. 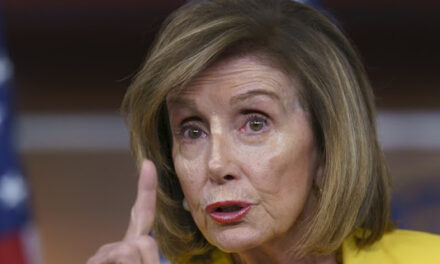 We the People Must Exert Our Authority 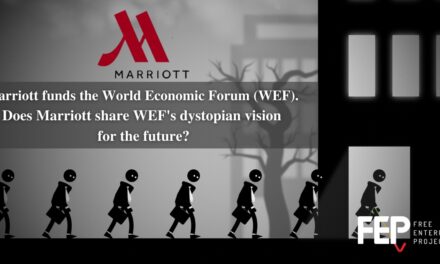 Marriott Distances Itself From the World Economic Forum Agenda it Funds