Social distancing zealotry has led many mayors to slap onerous restrictions on religious services. In Louisville, people of faith slapped back with a lawsuit. What happened next showed the importance of protecting faith, fighting back against tyranny and the prudent selection of judges who interpret the law.

In a Daily Signal commentary, National Center Senior Fellow Horace Cooper writes that, as Americans, “we have duties to the state and duties to God. What happens when they conflict? America was founded on the notion that they shouldn’t.”

In Louisville, Mayor Greg Fischer announced a citywide ban on religious services that even banned the innovative “drive-in” services in which congregants socially distanced in their cars and listened to services over their radios or from outdoor speakers – like a drive-in movie.

And, as Horace explains, the mayor’s allowance for other group settings showed a selective crackdown:

Even though he restricted churches, the mayor allowed drive-through service for restaurants, fast food chains, and alcohol. Walmart, Home Depot, and countless other so-called “essential” stores – and their parking lots – remained open for business, so long as customers followed the prescribed social-distancing guidelines.

Christians intending to celebrate Easter in the confined safety of their cars in church parking lots understandably were shocked and dismayed. The mayor’s order effectively forced would-be congregants to choose between obeying or worshiping together on Resurrection Sunday.

This is clearly not right. Horace advises:

Instead of blessing the liquor store drive-through while suppressing Sunday’s parking lot parishioners, our leaders should welcome prayer and faith.

One Louisville church did file for a temporary restraining order – based on First Amendment grounds – to prevent the mayor and the police from shutting down its planned Easter services. And it won. U.S. District Court Judge Justin R. Walker allowed the service to go on as planned, citing the importance of the Constitution’s protections of free exercise of religion. Walker noted in his opinion:

[T]he Free Exercise Clause [of the Constitution] remains a too often-tested bulwark against discrimination toward people of faith, from religious cake-makers to religious preschoolers.

Horace also notes that this instance shows the importance of constitutionalist judges protecting citizens from overzealous laws and the officials enforcing them.

And Walker is up for a promotion:

Walker, who has been nominated by President Donald Trump to a seat on the prestigious U.S. Court of Appeals for the District of Columbia Circuit, importantly reminds us of how much we still need clear-eyed, constitutional judges who remain committed to preserving fundamental rights and liberties even in times of national crisis.

The Daily Signal is the digital-first, multimedia news platform of The Heritage Foundation. 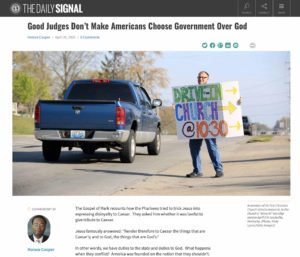 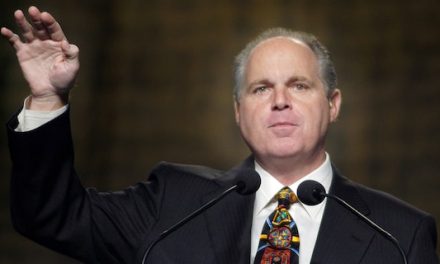 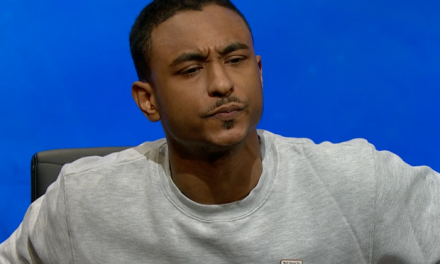