In addition to his comments in the organization’s press release about a settlement in the lawsuit that Covington Catholic High School student Nicholas Sandmann filed against CNN, Project 21 member Derryck Green had a longer statement about the resolution.

While there are currently no known details about the terms of the settlement, some are critical that CNN has not yet apologized to Sandmann publicly or retracted the articles upon which the lawsuit was filed. Based on what is known, Derryck calls it a “partial vindication.”

While Sandmann apparently approved of the settlement, there is still concern that the media will continue to be a tool of the left. This presents a problem for both continued demonization of certain segments of the population because of their politics and ignorance of others at society’s peril. Derryck said:

CNN – along with NBC and the Washington Post – deliberately slandered Sandmann by airing deceptive video that made it appear that he and fellow students were berating a Native American activist. For the establishment media and the intersectional left, Sandmann checked all the politicized boxes that made him deserving of their wrath: he’s white, male, presumably heterosexual and a Catholic school student (which means he has “privilege”) who was wearing a red MAGA hat at a pro-life rally.

Sandmann was the casualty. Had the media done its job, it would have researched and reported the actual story as opposed to creating one. Part of that would have been to explain that Sandmann decided to maintain his silence while the “activist” Nathan Phillips tried to instigate an altercation.

And part of that obligation would have also been to call attention to Sandmann being berated by members of a racist fringe cult known as the Black Hebrew Israelites. The teachings of this group, but the way, also may have fueled the rage of the man arrested in the Hanukkah stabbings in New York and inspired the suspects responsible for in the shootings at a kosher deli in New Jersey this past December. People would’ve gotten the right idea about this anti-Semitic group much earlier on.

But CNN couldn’t resist the chance to attack President Trump by assassinating the character of one of his supporters. And that cost CNN money and credibility.

I applaud Nick Sandmann and his family for doing what far too many conservatives are unwilling to do: stand up to leftist bullies and fight back. Hopefully NBC and the Washington Post are also found responsible.

Project 21, which was quick to point out and commend Sandmann’s exemplary behavior under pressure as well as the media’s political agenda, was also early to discuss the radicalism of the Black Hebrew Israelites. In a commentary published on the Politichicks website, Project 21 member Marie Fischer wrote:

After viewing the full video and after my own experience with Black Hebrews, I strongly commend the students of Covington for responding to the men’s taunting by just shouting school chants and cheers. I feel these students, mere teenagers, took the higher and more mature road. They did not respond to these men in anger, but instead responded with joy…

The Black Hebrews at the Lincoln Memorial acted with hateful intent. While it’s unfortunate that the media’s backtracking is giving them the spotlight they so desperately want, it’s also a shame the media doesn’t credit the Covington kids for showing the proper response. Instead, the media remains focused on finding the next provocation.

For this and other content, Politichicks Co-Founder Ann-Marie Murrell recently praised Marie’s and Project 21’s “Important POV” in her “Best of the Best” awards for the website in 2019. 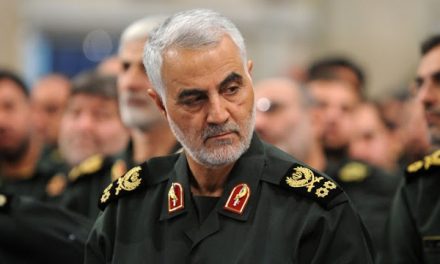 US Military Kills a Terrorist, Left Not Pleased

Judge Learned Hand “What then is the spirit of liberty?