In what is becoming a trend for tough questions posed by conservative shareholder activists during this largely virtual shareholder season, BlackRock passed yesterday on the question submitted by the National Center’s Free Enterprise Project (FEP). It was about the asset management firm’s preferential treatment of Chinese companies over American businesses, while catering to the demands of liberal social justice activists.

Just hours earlier, the U.S. Senate dealt state-run Chinese companies a major blow. Yet CEO Larry Fink chose to use the question-and-answer segment of BlackRock’s annual shareholder meeting to address a string of liberal activists who want even more than what they’ve already gotten due to Fink’s embrace of environmental, social and governance (ESG) goals. Fink ignored our concerns about risks associated with the company’s China dealings.

Prior to the meeting, FEP posed ten questions to Fink about BlackRock’s affairs regarding China. It signed onto a coalition letter questioning his domestic ESG agenda. Both were ignored. And, at the meetings, Fink dodged FEP’s simple question:

How do you square punishing American companies with increased ESG costs with BlackRock’s Chinese investments?

The important thing to note about BlackRock is the duplicity of the actions that they’re taking when it comes to America versus China.

So let’s start with what they’re doing in America. In America, they are now pushing far-left environment, social and governance initiatives on the companies that they invest in. And you noted they are the largest asset manager in the world – with somewhere approaching $7 trillion in assets under management.

So what they’re doing is they’re pushing this extra-governmental cost for companies that they invest in to comply with Larry Fink’s worldview of their ESG issues. And so, at a time when we’re facing the greatest economic crisis since the Great Depression, they’re adding costs on American businesses.

OK – that’s deplorable in and of itself. But what are they doing with China?

Well, they’re promoting investments in Chinese companies at the same time – which, of course, have terrible environmental records, terrible stewardship records, terrible governance records. And let’s take it one step further. They have no oversight, no auditing that U.S. companies have. And that’s why the U.S. Senate unanimously, by unanimous consent, passed a bill saying that they must align themselves if they want to be on U.S. markets. With regulators that have a right to oversee American companies – that they must be on an equal footing.

Justin explained that an Obama-era rule has exempted Chinese companies from the oversight of the Public Company Accounting Oversight Board (PCAOB). This is a policy that can be overturned with a 30-day notice by the Trump Administration. He further explained how the Senate’s action would require Chinese companies represented on American exchanges to not be government-owned and allow PCAOB oversight.

Yet, as Justin reported, when he posed the “simple question” to Fink, “’Can you square putting extra ESG pressure and extra compliance costs on American companies while you’re promoting Chinese companies and giving them a pass?’… They refused to answer the question.”

As for the problem Fink poses to American investors, many of whom have put their trust in him with their savings and retirement funds, Justin remarked:

It’s pretty interesting that, in front of the Davos crowd and the Wall Street crowd, Larry Fink will pound his chest and promote this new stakeholder capitalism model. Promote liberal ESG initiatives. But when he’s pressed on the duplicity of what he’s doing in the States compared to what he’s doing in China, he can’t answer for it. 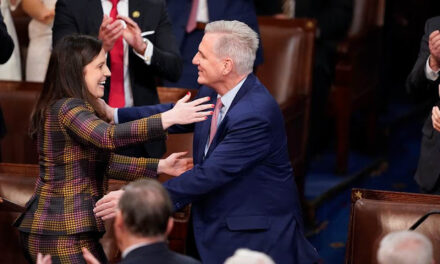 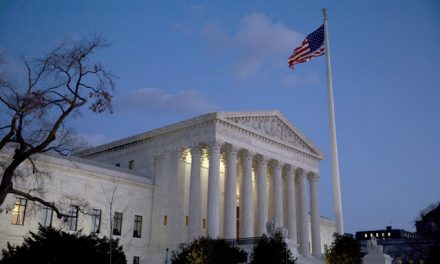 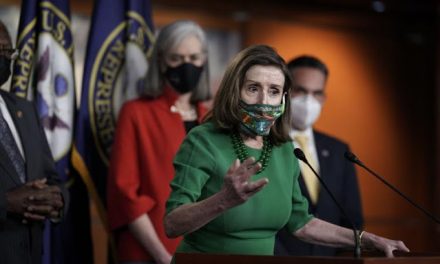