Deep Freezing In The Heart Of Texas 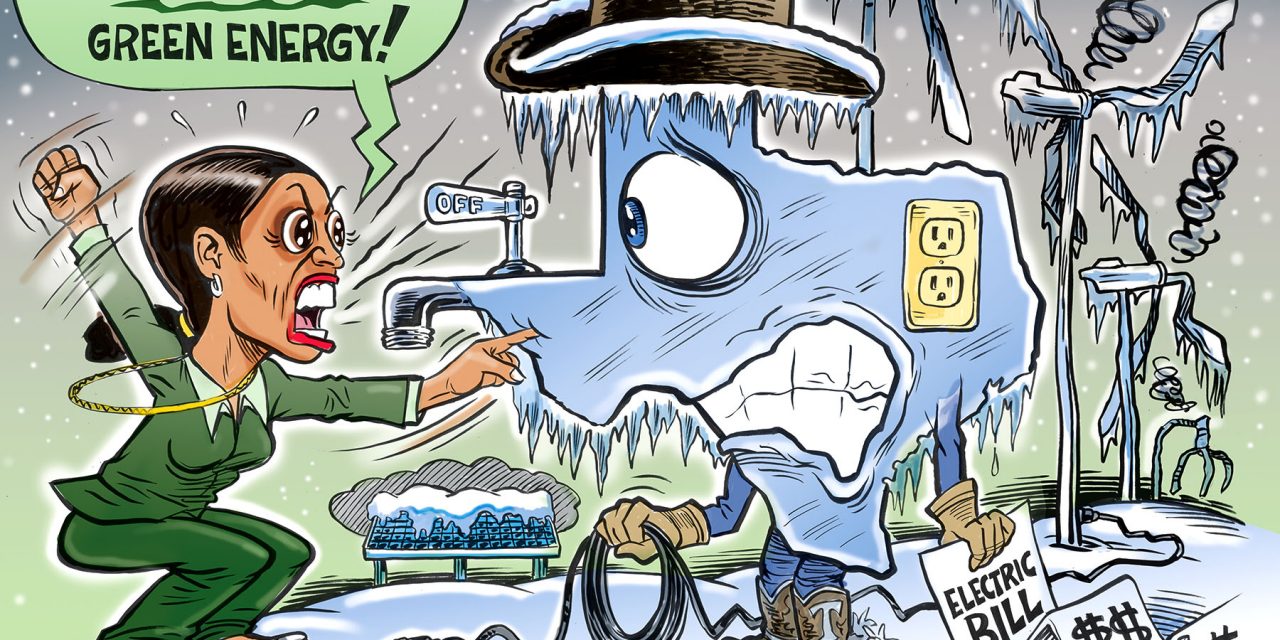 AOC “Thinks” More Wind Turbines Will Solve ALl Our Problems

In Texas, the cold snap and power outages have finally abated. For nearly a week millions of Texans suffered power blackouts during severely cold weather. Water was out as well. For awhile, Texas was plunged into the Dark Ages.

Part of the problem is America’s crumbling infrastructure. It is something President Trump addressed. He wanted to build new power plants, airports, bridges, and highways. Instead we have Biden carrying on Obama’s work of destroying America for the benefit of socialism and our enemy, China.

Are You on Telegram? Please Follow us at RealGrrrgraphics!

Biden’s regime did not want Texans to resort to emergency measures and burn more fossil fuels. Instead they had to rely on malfunctioning wind and solar farms, which proved ineffectual. It’s a bitter cold irony that Texas is rich in oil, yet the power still went out and for those who did get power, their electric bills skyrocketed.

With the worst of the Texas power crisis now behind us, the blame and finger-pointing begins, and while the jury is still out whose actions (or lack thereof) may have led to the deadly and widespread blackouts that shocked Texas this week, Cascend Strategy writes that “in case there was any doubt why the Texas grid collapsed, the data is clear”

Wind failed as “Ice storms knocked out nearly half the wind-power generating capacity of Texas on Sunday as a massive deep freeze across the state locked up wind turbine generators, creating an electricity generation crisis.”

Natural gas made up the difference for a while

But then everything else followed down

Alexandria Ocasio Cortez said her new Green New Deal would have helped to prevent the blackouts in Texas. It’s illogical for her to believe that climate change, global warming, and white supremacy are causing blackouts, but logic isn’t illuminating the socialist mind of AOC. 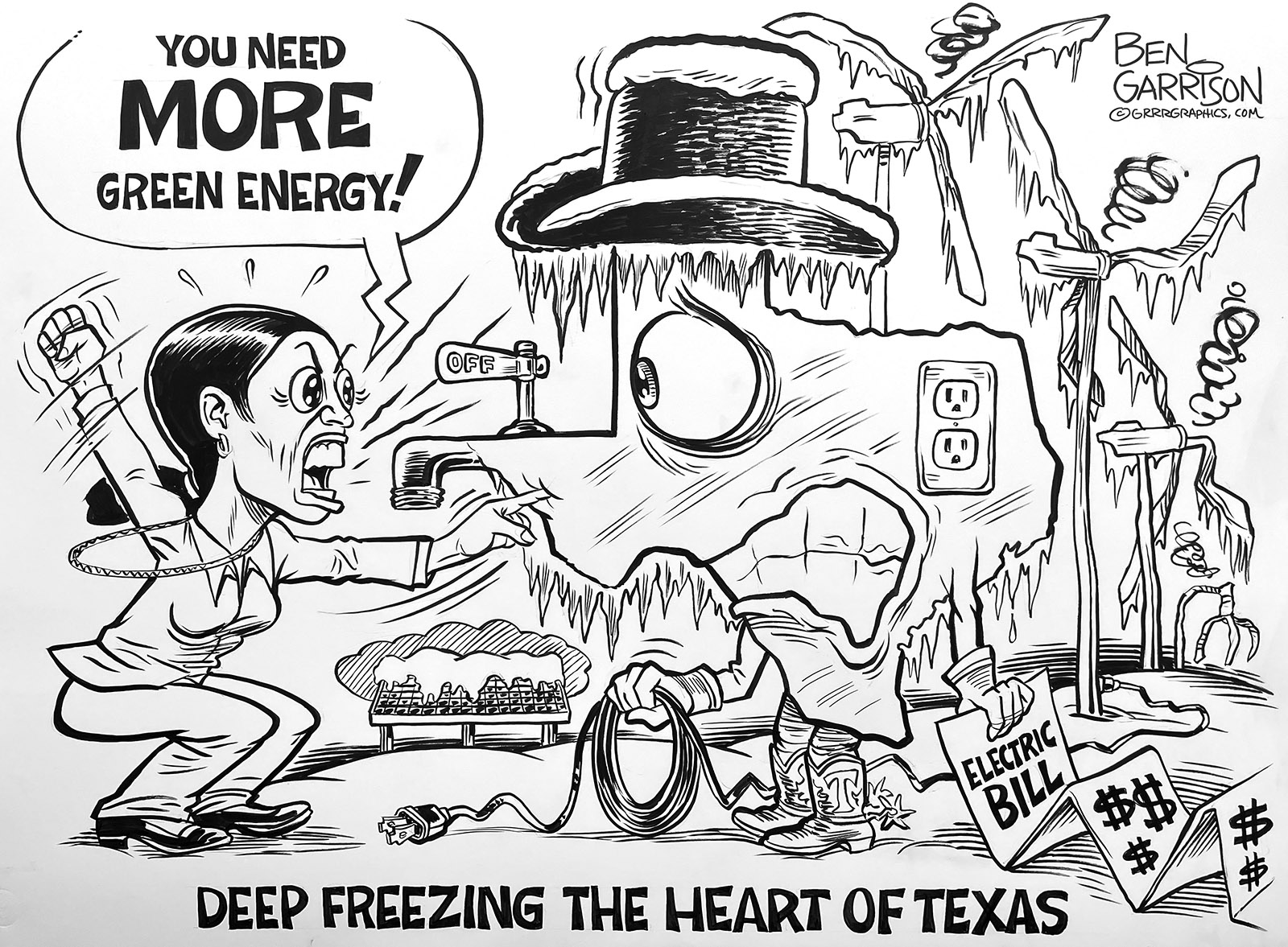 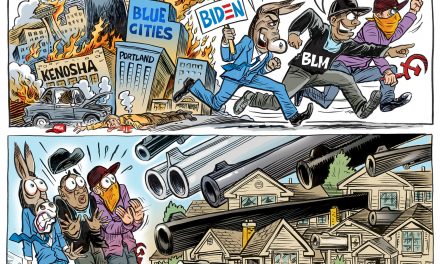 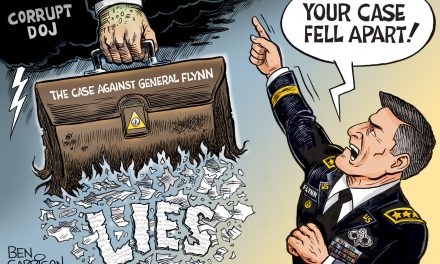 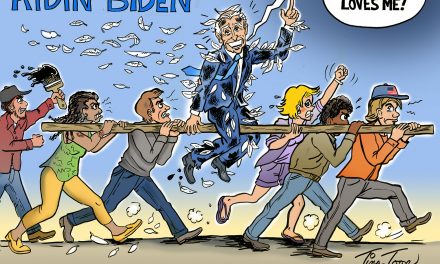 Riding Biden Out Of Town On A Rail 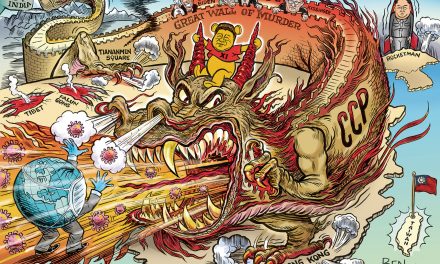