The Southern Poverty Law Center describes itself as a catalyst for social justice through its efforts to dismantle white supremacy and hate, while advancing human rights for all people. It claims to be an organization that fights for racial equality, especially in institutional structures.

At face value, it sounds like a great organization…But don’t be fooled.

The SPLC is a money-making scheme that fails to internally engage in the same anti-racism it preaches, and an organization that does more to incite hate than to stop it. It continues to mask itself as a social justice champion, receiving millions of dollars each year from individual donations, and, worse, from our nation’s largest corporations. The entities that are funding this campaign are responsible for legitimizing an illegitimate organization and there need to be steps taken to defund the SPLC. Of course, “defund” usually refers to government spending, but corporate spending matters too, especially as corporations increasingly seek to take on more and more policy-making roles that intrude into Americans’ lives.

The hypocrisy that has been uncovered within the SPLC’s own walls provides the first set of evidence highlighting the organization’s true nature. In a groundbreaking article written for the New Yorker, former SPLC employee Bob Moser exposed this hypocrisy. Moser wrote, “[d]uring my first few weeks, a friendly new co-worker couldn’t help laughing at my bewilderment. ‘Well, honey, welcome to the Poverty Palace,’ she said. ‘I can guaran-damn-tee that you will never step foot in a more contradictory place as long as you live.’”

Other employees have backed up Moser’s assertions. A black colleague expressed that “nothing was more uncomfortable than the racial dynamic that quickly became apparent: a fair number of what was then about a hundred employees were African-American, but almost all of them were administrative and support staff — ‘the help.’”

One of the organization’s top priorities is to make as much money as possible. This is the case with most companies, but the SPLC does so by scaring people into believing there is “hate” where none exists and by acting as a combatant to receive more donations. This phony money-making trick is apparent through the organization’s “Hate Map” and extremist list.

Every year, SPLC researchers release a digital map displaying all the groups they identify as “hate groups,” which must fall under the SPLC’s incredibly broad definition of “hate.” The number of groups has grown drastically under President Trump’s tenure, which leftists and the SPLC claim is a direct result of the president’s rhetoric. However, the more groups placed on this list, the more the mainstream media will blow it out of proportion, and the alleged growth in hate will ultimately result in people donating more to the cause. The SPLC knows this, and it uses this scheme to make money and to undermine the conservative movement.

For most of the groups that the SPLC deems “hateful”, the size of the group is not given. Is this one hateful person in his mom’s basement tweeting racist things? Is this a truly threatening group with hundreds of members? The SPLC is reluctant to provide this information because it would make its hate declarations look silly. Additionally, research into many of these groups reveals that no information is available on them. Who are they? Do they even exist?

Progressive sympathizer and Current Affairs editor-in-chief Nathan J. Robinson gets straight to the point by declaring that “[t[he biggest problem with the hate map, though, is that it’s an outright fraud. I don’t use that term casually. I mean, the whole thing is a willful deception designed to scare older liberals into writing checks to the SPLC.”

In 2015, the SPLC vacuumed up $50 million in contributions and foundation grants, a tidy addition to its $334 million in holdings of cash and securities and its headquarters worth $34 million. Karl Zinsmeister of The Philanthropy Roundtable points out that “[t]hey’ve never spent more than 31 percent of the money they were bringing in on programs, and sometimes they spent as little as 18 percent. Most nonprofits spend about 75 percent on programs.” This is a red flag in terms of the company’s overall motivations.

While the Southern Poverty Law Center unjustifiably labels hate, it simultaneously makes people feel threatened, leading them to their own hateful acts. One of the darkest examples of this was the shooting at the Family Research Council (FRC) headquarters in 2012. Former FRC employee Jessica Prol Smith, who was present during the shooter’s ambush, explained, “I never expected that everyone would celebrate or share my beliefs. But I did expect to be able to discuss and debate these differences without becoming a political target in an act of terrorism.” The FRC is an advocacy group for the traditional nuclear family structure and for pro-life policy, which led the SPLC to deem it a “hate group.” The shooter later admitted in FBI testimony that the reason he chose the FRC as a target was because it had appeared on the SPLC hate list.

Senator Tom Cotton accurately pointed out that the SPLC has “really become kind of a hate group themselves…. [S]erial repeated defamation against what you see as a political opponent is not a tax-exempt purpose.”

The SPLC’s political opponents and their political leaning is obvious. A Social Contract Press writer states, “[a]s revealed by its focus and rhetoric, that mutation of classical Marxism known as ‘political correctness’ is a primary engine of the organization’s zeal. Its bias is unmistakable; on the SPLC’s website is a section called ‘Hate Watch,’ which carries the caption ‘Keeping an Eye on the Radical Right.’ No mention there of the radical left.”

Along with the FRC, other conservative organizations have been targeted as hateful. These groups include Catholic Family Ministries, American Family Association, Jewish Defense League, Alliance Defending Freedom, PragerU, and the list goes on and on. The SPLC even placed HUD Secretary Ben Carson on its extremist list.

Why then, with all this public information, do companies like Amazon, Microsoft, PayPal, Alphabet, and Apple continue to funnel money into this illegitimate organization? Shouldn’t these institutions stand up to the SPLC and push to defund it?

Similarly, in a memo describing the company’s decision to donate $2 million to the SPLC in 2017, Apple CEO Tim Cook wrote, “[Like] so many of you, equality is at the core of my beliefs and values.” Does Tim Cook really believing the SPLC is the answer for delivering equality?

Are these major corporations unaware that the SPLC isn’t what it claims to be, or are they turning a blind eye to this evidence to help push the liberal agenda forward?

These corporations’ leaders need to held accountable and pressured to respond to this simple question. The SPLC is social justice gone wrong and its faults are clear. As liberals foolishly push to defund our police force, conservatives should create a movement to defund an organization that actually deserves such treatment: the Southern Poverty Law Center.

The post Defund the SPLC appeared first on The National Center. 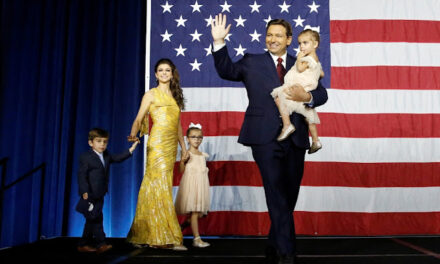 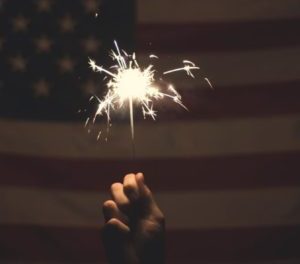