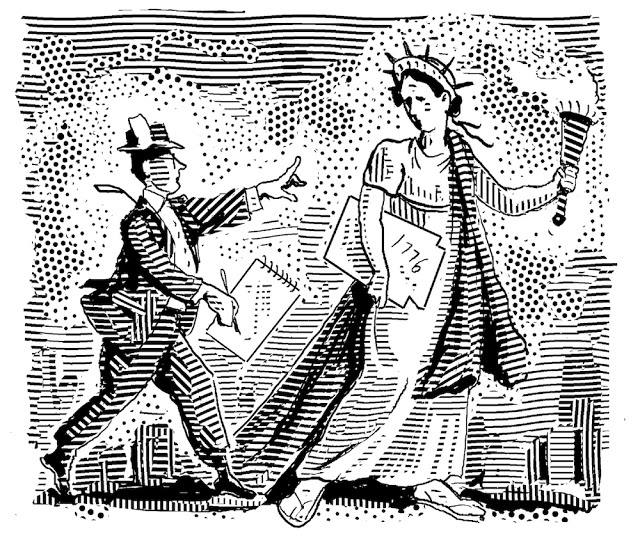 Editorial of The New York Sun
Drawing by Elliott Banfield, courtesy of the artist.
Sometimes we wonder whether the Democrats intend to run for the presidency on a campaign to bring back the New Jersey Plan. Not the plan to disrupt traffic on the New Jersey side of the George Washington Bridge. Rather, the famed plan presented to the real George Washington at the Constitutional Convention of 1787. It would have granted the executive power of the United States not to a single individual but to members of an executive committee.
What invites the question — however hypothetical — is the reaction of the Democrats to the decision of the United States to move to drop the criminal case against President Trump’s first National Security Adviser, General Michael Flynn. This has driven the paper to paroxysms of self-righteousness, typified by an editorial headlined “William Barr’s Perversion of Justice.” It amounts to a geshrai over the constitutional concept of the unitary executive.
This is the idea that the Constitution grants the president all the executive power of the government. This drives the left crazy whenever there is a Republican in the White House. Yet it comports with the plain language of the Constitution. It is sketched in the first sentence of Article 2, which says: “The executive Power shall be vested in a President of the United States of America.” The Article commands the president to take care that the laws be faithfully executed.
It also requires the president to nominate and with the advice and consent of the Senate appoint ambassadors, public ministers, judges, and “all other Officers of the United States.” Yet in the face of this constitutional concept the Democrats are horrified that Attorney General Barr is doing what they think President Trump wants. They go so far as to suggest that the constitutional concept of the executive power being in the hands of a single individual is un-American.
“George III would have loved it,” the Times quotes Douglas William Kmiec, an aide in the Justice Department under Presidents Reagan and Bush ’41, as saying. The Times quotes a Bush ’41 deputy attorney general, Douglas Ayer, as saying: “Bill Barr’s America” is not a place that anyone should want to go. The Times fails to mention that Mr. Kmiec endorsed Barack Obama for president and that Mr. Ayer quit Justice after a bitter feud with his superiors — and was replaced by Mr. Barr.
Our point is not that either Messrs Kmiec or Ayer shouldn’t be quoted. It is rather to stay alert and remember the history. Neither Mr. Trump nor any other American president is, or has been, a king. They must stand for election. Their nominees can be rejected, their requests for money rebuffed. They can be enjoined by a court. Plus, too, they can be impeached and removed from office in short order by Congress. George III would have fallen over in a dead faint.
Which brings us back to the New Jersey Plan. It was offered in Philadelphia by a member of the New Jersey delegation, William Patterson. The idea was that the Congress would “elect a federal executive” to consist of a number of persons who could not be elected a second time and could be “removable by Congress” on “application by a majority of the executives of the several states.” None of them could “on any occasion, take command of any troops, so as personally to conduct any military enterprise.”
If the Times had been printing back then, it would have done backflips of delirium. The Founding Fathers, not so much. They went instead for a competing plan, offered by Virginia and modified to, among other things, doom a multi-member executive. It was Pennsylvania’s James Wilson who, Madison’s notes record, “moved that the executive consist of a single person.” Upon which, Madison noted, there ensued “a considerable pause.”
The convention went for it. The Founders believed the basic assignment of the executive was to carry out the will of Congress (“take care that the laws be faithfully executed”). Our greatest presidents, though, have jealously guarded the power and discretion the Constitution grants. The irony right now is that Trump derangement is driving the Democrats so mad that they are campaigning to destroy the presidential powers they are desperate to wield yet again. Go figure.
https://www.nysun.com/editorials/democrats-are-out-to-destroy-the-presidency-they/91125/ 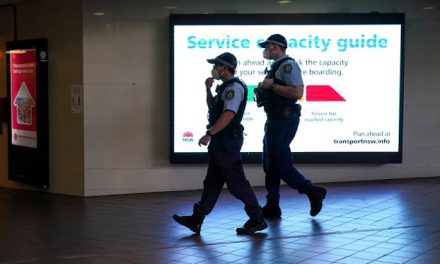 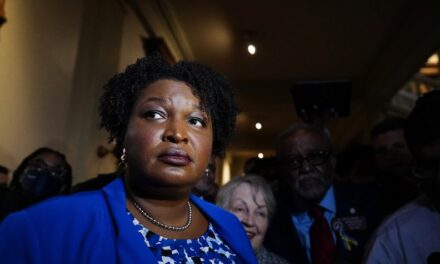 How Is Stacey Abrams Doing With Black Voters? 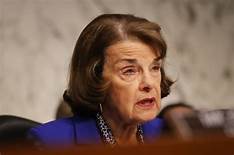