This week two Democrats in Florida filed a lawsuit aimed at keeping Sen. Bernie Sanders, I-Vt., from being listed on the state’s presidential primary ballot. Registered Democrats Frank Bach and George Brown argue in their lawsuit that Sanders cannot be allowed on the ballot because he is a registered independent, not a Democrat, pointing out that he has also raised campaign funding as an independent. Sanders does caucus with Democrats in the Senate, however. Former circuit court judge Karen Givers is representing the two plaintiffs. Speaking with Politico, Givers argued that “Florida is a closed primary state, yet here we…

Some Would Be Taxed Over 100% Under Elizabeth Warren’s Plan 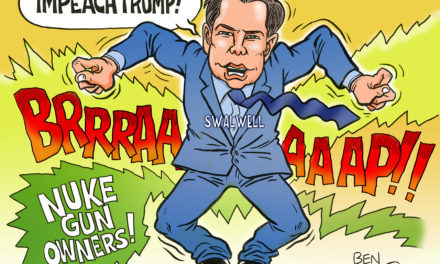