‘Doctor Who’ casts the first black doctor in its history

“Doctor Who” just made history with its first ever black Doctor, who was revealed during Sunday night’s episode “Fugitive of the Judoon.” Jo Martin, playing the first black incarnation of the Doctor, was shockingly revealed to the 13th Doctor, portrayed by Jodie Whittaker. Whittaker was the first female incarnation of the character. In the episode, written by Vinay Patel and Chris Chibnall, Martin’s character, a tour guide in the English city Gloucester named Ruth Clayton, surprisingly announces that she is the Doctor. The historic revelation came after a TARDIS was dug up from under Clayton’s lighthouse childhood home. But neither… 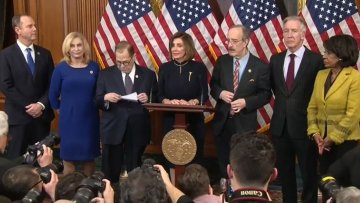 Brit Hume: Not ‘Any Doubt’ That Joe Biden ‘Is Getting Senile’

ALERT: How the Radical Left Is Planning for Civil War, Using El Paso Shooting As Excuse