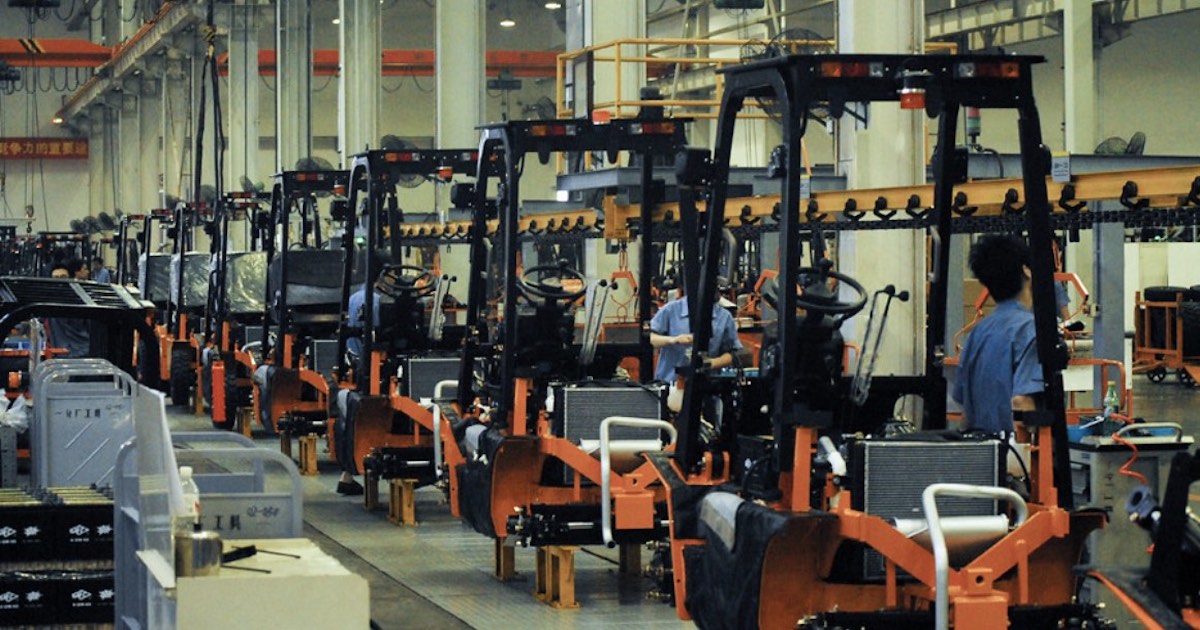 There’s no question America is in the midst of a fierce business rivalry with Communist China, but the “Endless Frontier Act” currently under consideration in Congress – allegedly designed to make America more competitive – appears to be little more than endless spending.

In a Townhall commentary, National Center Senior Fellow Horace Cooper notes that this bill does not address the intellectual property theft and industrial espionage that China has used so successfully to get ahead. But, in a bit of its own copycatting, Congress would instead seek to emulate Chinese bureaucracy:

It proposes the creation of a $110 billion slush fund, much of which will be distributed by the National Science Foundation (NSF). The purpose: promote new technologies to make America more competitive against China. The practice: the NSF will pick winners and losers and the taxpayers will pay the tab.

A government slush fund is never a good idea. But using the NSF is a particularly poor choice. This agency is the poster child for waste and abuse. Its history of inanity would give pause to drunken sailors on reverie.

To make his point, Horace lists some of NSF’s recent spending boondoogles:

The best example of wasteful NSF spending is one that Horace describes as “a great gig; if you can get it”:

[P]erhaps the most astonishing study is the multi-year $31 million project to send “scholars” to Hawaii to review research papers on climate hazards. Note this was not to write the papers. Nor were the papers originally written in Hawaii. It was so that the researchers could read these papers while they were in Hawaii.

“These are examples of grants when the NSF has only $8.5 billion to give away annually,” Horace writes. “Imagine what ten times the largesse could allow.”

In pointing out the folly of the proposed Endless Frontier Act, Horace remarks:

[T]his is exactly the wrong approach for America. China’s bureaucratically driven economy is not the model for the U.S. America’s success has always been its willingness to reward risk and to allow failure. A top-down industrial policy is destined for failure. Big-government run industrial policy agencies are as likely to get things right as they are to get them wrong – but when they’re wrong, we get stuck with the bill. When innovators like Bill Gates and Jeff Bezos take the risks not only do they get the reward, but American consumers do too.

Instead of emulating China’s bureaucratic manufacturing policy, we should focus on ways to end China’s technology theft. If that challenge were met American companies and entrepreneurs would be well-placed to win the 21st century with no need for NSF’s interference.

After all, as its track record proves, there’s no guarantee NSF can even stay on mission.

To read all of Horace’s commentary – “The ‘Endless Frontier Act’ Slush Fund is a Bad Idea” – at the Townhall website, click here. 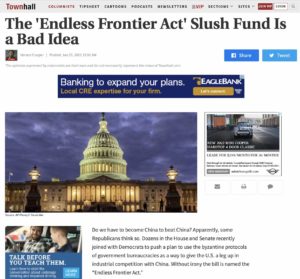 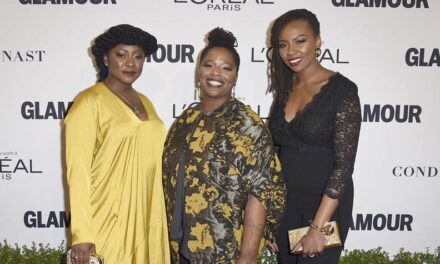 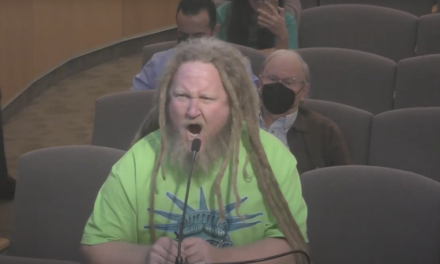