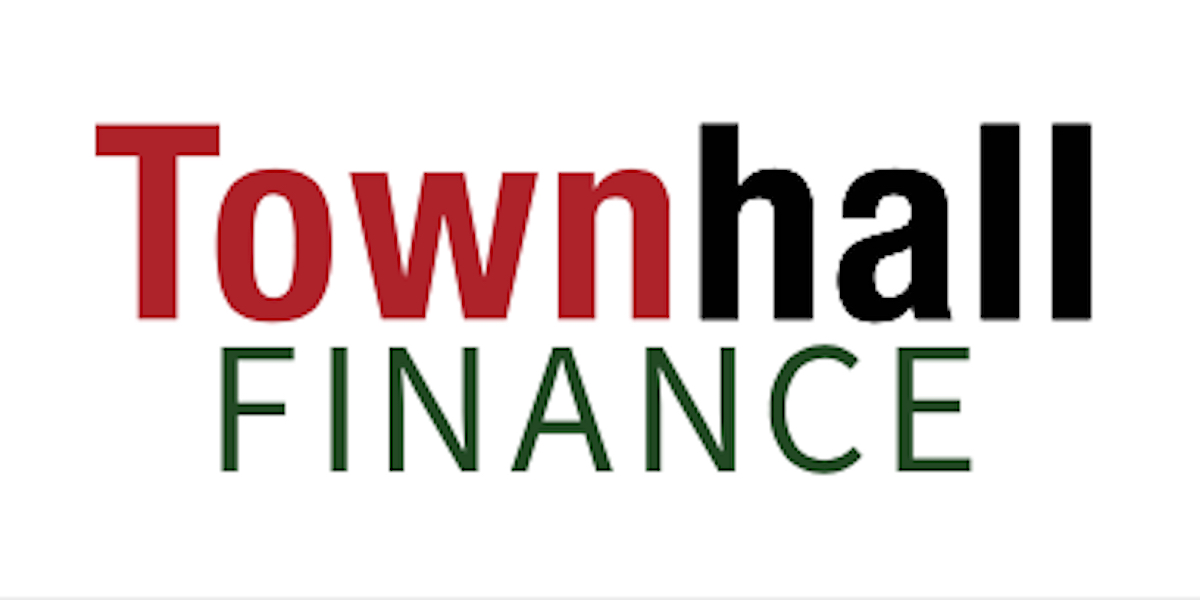 My fellow Americans, I give you Nick Clegg. Pull up a chair. This is a good one.

Clegg, a Briton, has become relevant on this side of the Atlantic because Facebook has made him its Vice President of Global Affairs. That relatively innocuous title plasters serenely over the fact, which became clear to me while I suffered through Facebook’s annual shareholder meeting a couple weeks back, that Clegg serves as chief censor of Mark Zuckerberg’s increasingly censorious shop.

Because Clegg has found it meet and proper to take a job doing to Americans what would be unconstitutional were it performed by government (or in collusion with government, about which more in a forthcoming column), he has made it necessary that we make a study of the man.

This was a strange pairing. The Liberals had once been a grand party: in the 19thcentury, a glorious embodiment of what we in the States would call libertarian, and the controlling party (and ideology) of much of the British Century. But the party’s fortunes waned as its devotion to liberty grew muddled and as its base grew ever more socialist-curious. By the late 1970s it had become a rump – one led, first gloriously, then disastrously, by Jeremy Thorpe, who came onto the scene backlit by incipient greatness, but who left in shadows after a defeat in the 1979 general election brought on in large part because of impending prosecution on charges that he had attempted to murder his secret gay lover. Thorpe put Profumo in the shade.

The Social Democrats, meanwhile, were a group of former Labour MPs who had broken away from the party after Mrs. Thatcher beat the stuffing out of Jim Callaghan in 1979. After he resigned, the party  was taken over by Michael Foote, a man so toxically, radically left-wing that the party, under his leadership, produced a platform for the 1983 elections so militant in its socialism that it has been dubbed the longest suicide note in history. The breakaways were what you might call center-left, if such beasts were still readily imaginable in the ridiculous American politics of the new ‘20s.

The Alliance of these two parties had, for a time, a pollster’s chance of winning in 1983, until Britain’s victory in the Falklands guaranteed Mrs. Thatcher a whacking great triumph. After that, they faded – until 2010, with Clegg in charge.

By that election, Labour – which had successfully elected only two men since the War, Clement Atlee and Harold Wilson (Callaghan had succeeded Wilson, and never won in his own right), and only one before – was led by the woeful, doleful Gordon Brown, who couldn’t get anything right, even smiling. Labour had been in power for 13 years. Its one-time superstar, Tony Blair, had been cast aside in large part because the Brits had never been anything like as eager for war as Blair had been. It was time for a change. But the Conservatives were led by David Cameron, a young and potentially feckless candidate who seemed somewhat trimming and somewhat robotic together.

The ground was laid, then, for Nick Clegg and his odd-duck Liberal Democrats to do extremely well, and maybe even pull in the highest number of votes. Clegg put on a good show in the first national debate of the campaign and things looked rosy for him and his party: Cleggmania swept the United Kingdom. But by Election Day the bloom was already starting to fade. Voters started to wonder if Clegg might be a little supercilious, a little too self-satisfied, a tower of wisdom and fortitude in his own mind but a wisp of a thing in the world.

Clegg and the party still did well – better than it had in decades, and well enough to deny Cameron and the Tories an outright majority and to force a coalition government that included the Lib Dems, and Clegg himself as Deputy Prime Minister. Clegg took immense personal credit for this semi-victory.

Then he started to collapse. His five-year stint as Cameron’s right-hand man was a disaster (for him and the Lib Dems, not the Conservatives or the country). In exchange for joining the coalition and making Cameron prime minister, Clegg had negotiated a promise to hold a referendum on proportional representation, an election system that would in every election since the Lib Dem’s formation have given it vastly more seats in the House of Commons than it earned under the first-past-the-post (plurality winner takes each seat) system. Changing the system was the single most important goal for the party. The referendum was held in 2011; Clegg and the Lib Dems lost it spectacularly, along with local elections held the same day.

This debacle was emblematic of Clegg’s leadership of the party. He and the Lib Dems had campaigned hard on opposing increases in higher-education tuition fees (the party having strayed very far indeed from its libertarian roots). He and they then, in government, joined the Conservatives in voting to raise them substantially. He was caught on tape saying that he and Cameron were going to have to manufacture disagreements between themselves, as they so regularly saw everything the same way. Voters, figuring “well, in that case, we might as well vote Conservative,” started abandoning the Lib Dems in polls leading up to the 2015 election.

Clegg, though, remained serenely confident, sure that his own shining goodness would bring the voters back to him and his party. During the campaign he traveled from Land’s End to John O’Groats (the British equivalent of Key West to Puget Sound), sure that just by appearing and saying some wise words he would personally swing the voters back to his side. On the eve of the election he predicted to reporters that the Lib Dems would be the surprise of election night.

They sure were, but not in the way that Clegg’s towering self-regard had led him to suppose. Election 2015 was nearly a wipeout for the Lib Dems. Clegg hung onto his own seat (until 2017, when he was beaten), but most of his lieutenants and colleagues were dragged down by the undertow of his own massive unpopularity.

The voters had cottoned onto Clegg. They had determined that his great admiration for himself was not matched by outstanding ability, and was (oddly?) paired in practice by an eagerness to be loved and petted by genuinely powerful men, even at the expense of his vaunted standards and values. And they had had enough.

What the voters of our mother country twigged long ago it is now time for us to learn.

All of Clegg’s flaws were on display at the Facebook shareholder meeting. First, of course, he’s playing self-appointed conscience to a powerful young man, serving as the face of Facebook’s Index Oratio Prohibitorum. Once again he is posing as a moral guide, a position for which he is not qualified. And once again, he is acting not in the interest of his supposed high principles, but to lend his moral sanction to tawdry dealings.

While Clegg calls upon Washington to regulate in some ways that would face significant First Amendment scrutiny, he carefully avoids suggesting that it do anything that would undermine Facebook’s profit stream. He fails to admit that regulation helps to keep established businesses in place by raising the costs of competition, especially for startups.

While he claims to back reforms that have significant bipartisan support, he fails to advocate the two reform measures that capture the majority of attention and support of most Americans: stripping away the tech giants’ (including Facebook’s) monopoly power, and ending their biased repression of the speech of free Americans.

And while Clegg calls on Congress to enact privacy legislation, he fails to note that Facebook could vastly enhance its customers’ privacy options simply by allowing them to easily opt out of tracking done for the purpose of selling information to advertisers. Not only will Facebook not take that step, but it is fighting fiercely against moves by Apple and customer groups to push it in that direction.

Clegg’s discussion of Facebook’s censorship activities, meanwhile, put that old Clegg vapidity back on display. He asserted, with what I assume was a straight face (the meeting was virtual), that there is broad bipartisan support for Facebook’s censorship program. He said that Facebook is obviously hitting the happy medium of objective, nonpartisan censorship, because there are lots of conservatives who have called for the end of censorship, even while plenty of liberals called for more.

It surely takes a unique mind to conclude that this distribution of responses suggests that Facebook is censoring in a nonpartisan way that receives broad bipartisan support. It appears that it is just that unique mind that Clegg brings to Facebook, and with which Facebook presumes to police the modern public square of American discourse, a public square that Facebook has monopolized and in which, by its heavy-handed and biased policing, improperly exerts its monopoly power, in violation of centuries-old antitrust laws.

And that, my fellow Americans, is Nick Clegg. Whatever may be his virtues, he is wholly unsuited to patrol and confine American public speech. (But, then again, no one is so suited.) Between him and the absurd shell of a man who is the former Prince Harry – who told Dax Shepard (no relation, alas) recently that the First Amendment is “bonkers” – it appears that the Brits are waging another war on fundamental American liberties.

I’ve got the quill pen. Who has the tea? 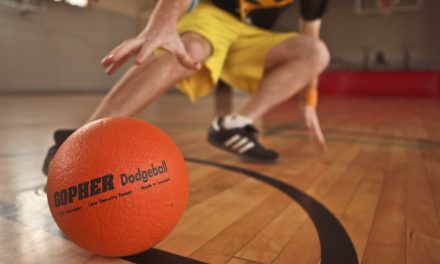 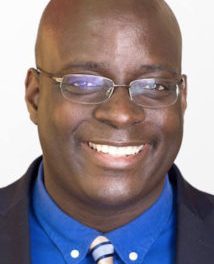 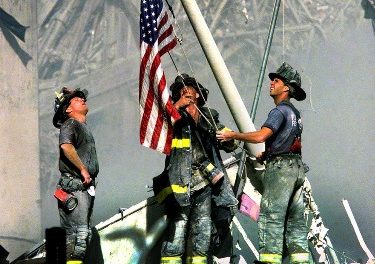