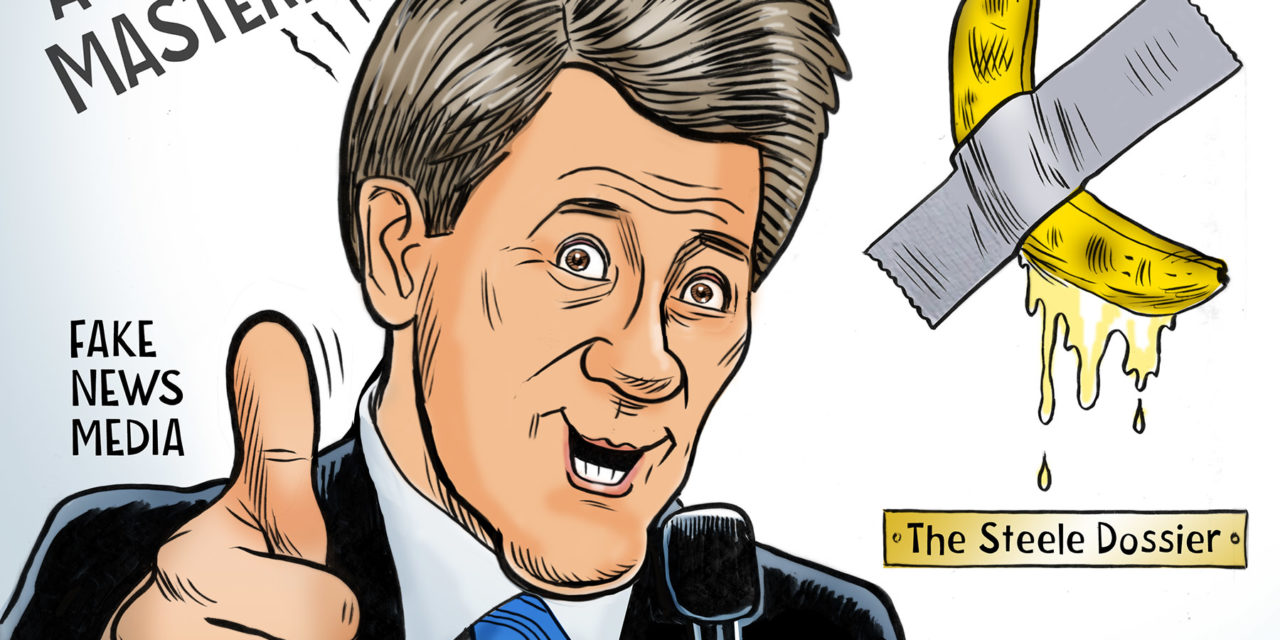 Many would not consider a banana duct taped to a wall to be art, yet it sold for $120,000. Art is subjective, but facts are not.

The Steele Dossier has been proven to be garbage, but the fake stream media continues to sell it, even after the Inspector General’s report. The dossier was based on rumors and packaged by an anti-Trump foreign spy (Steele) who supposedly got it from his Russian contacts. Hillary paid for the dossier, which means she interfered in our election with the help of Russia. She did what she accused Trump of doing.

Carter Page was not hired by Trump—he volunteered to help his campaign. Page did work for the CIA while he lived in Moscow for a few years. The FBI knew this, but falsified email and accused Page of working with the Russians. They then lied to the FISA court to enable them to spy on Trump’s campaign. Someone needs to go to prison for this, but the Fake News Media is actually sticking to their guns and accusing Page of Russian collusion to help Trump. They are sticking to the lie!

The CIA, FBI, and mass media have all been corrupted and politicized. It has been going on for many decades, but the Bush and Clinton crime families along with Obama made it far worse. The Deep State Swamp creatures think they get to decide who is president—not the citizens. We need to break up both security agencies. As for the lying mass media, they have lost all credibility by pretending the Steele Dossier is anything but rotten. They need to be ignored.

Get Ready for 2020! Watch Our New Video and Subscribe