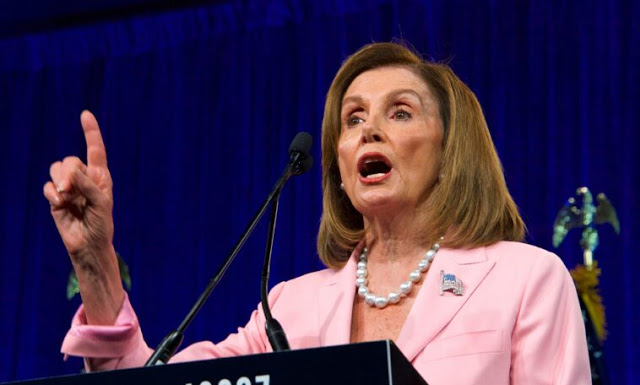 The Federal Bureau of Investigation has released a trove of documents on Nancy Pelosi’s father Thomas D’Alesandro, Jr.. The files, disclosed quietly as America was fixated on the unfolding crisis in the nation’s capitol, show Pelosi’s father had deep, demonstrable ties to communists.

Among the revelations was that D’Alesandro Jr., who was a member of Congress and mayor of Baltimore, was shown to have ties to communist organizations, including a Soviet front group.

Investigative reporter John Solomon dug through the files and unearthed the most revealing passages on Just the News:

Elsewhere, the memo cites a “confidential source, who has furnished reliable information in the past,” reporting that D’Alesandro appeared onstage at a 1943 rally for the National Council of American-Soviet Friendship, which was formed in 1943 by the Coummunist Party USA as a Soviet front group, according to the FBI.

The following year, the memo notes, D’Alesandro was reported as the main speaker at an event for the International Workers Order, an insurance organization placed on a list of subversive organizations by the U.S. attorney general in 1947 and later disbanded by order of the New York State Insurance Department for being too closely aligned with the Communist Party, in violation of regulations prohibiting political activity in the industry.

The files also at times paint a picture of serious corruption:

In the same memo, which begins on page 38 of the collection, the agent summarizes allegations that a powerful D’Alesandro took payoffs from applicants to the police force, and that he helped to hinder the investigation and prosecution of crimes.

“Pelosi” author Molly Ball, in an NPR interview on “Understanding Nancy Pelosi,” only gives half the story about the future Speaker’s Baltimore roots:

One of her mentors earlier in her career, Jack Murtha, used to say about her, don’t think she’s from San Francisco. She’s from Baltimore. And that’s both literally true and true in a deeper sense, right? Her father was a congressman from Baltimore and then became the mayor of Baltimore. He came out of the machine politics of Baltimore, a Democratic city. She was born in 1940, when her father was already in Congress. So literally from the day she was born, she was part of this very Catholic, very Democratic, very Italian family that was involved in the political life of the city and the nation.

And that machine politics, as you know from Philadelphia, was very much about the sort of tribes and factions of the city. The different ethnicities all had their own little neighborhoods, and they all had a sort of boss who could deliver their votes, often in exchange for something. So when you see the kind of deal-maker that Nancy Pelosi is, when you see the kind of negotiating that she does on Capitol Hill, I think a lot of it does trace back to her roots in Baltimore.

It appears that the environment that molded Pelosi’s drive for power was one part radicalism and one part machine politics. It makes perfect sense.

Speaker Pelosi herself has taken positions indicating her sympathy for Communists. In the 1980s, she lionized an open socialist named Vivian Hallinan, even calling her a “role model.” Cliff Kincaid noted in a 2009 story:

Indeed, Pelosi paid tribute to Vivian Hallinan by inserting into the Congressional Record an article saying that she had ‘opposed U.S. policy in Central America’ under President Reagan, had ‘befriended Daniel Ortega, Nicaragua’s [Communist] Sandinista leader,’ and had met with Cuban dictator Castro.

“She was a role model for many of us,” Pelosi said. “If Vincent was the lion, Vivian was the lioness.”

“My mother and Nancy were pretty close,” said Conn Hallinan, one of her sons. Vivian Hallinan would financially back one of Pelosi’s campaigns.

As Kincaid notes: “Vincent Hallinan, a lawyer who died in 1992, was a founding member of the San Francisco chapter of the National Lawyers Guild, officially designated a front of the Communist Party, and defended secret Communist Party member and labor leader Harry Bridges.”

Hallinan ran for president on the ticket of the Progressive Party, which a California State Senate Fact-Finding Subcommittee on Un-American Activities described as, “a creature of the Communist apparatus, and completely dominated by the Communist Party from start to finish.”

This raises even further questions about exactly what kind of “creature” Nancy Pelosi is.

It turns out, it’s the kind that refuses to denounce socialism. Instead, Pelosi denies that the oppressive ideology is the mainstream view of the Democratic Party.

Judging from her past, Nancy Pelosi knows better.

FLASHBACK: Leftists Become Incandescent When Reminded of the Socialist Roots in Nazism 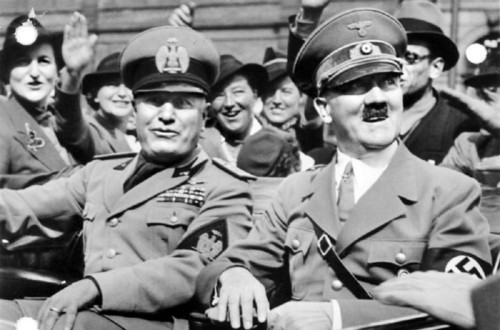 On 16 June 1941, as Hitler readied his forces for Operation Barbarossa, Josef Goebbels looked forward to the new order that the Nazis would impose on a conquered Russia. There would be no come-back, he wrote, for capitalists nor priests nor Tsars. Rather, in the place of debased, Jewish Bolshevism, the Wehrmacht would deliver “der echte Sozialismus”: real socialism.

CLICK HERE TO READ THIS COMPLETE AND STUNNING FULL ARTICLE. 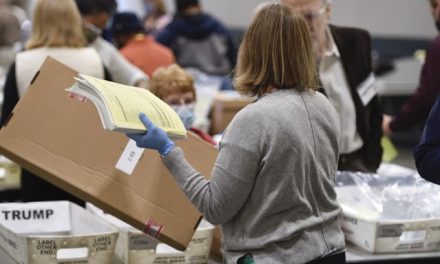