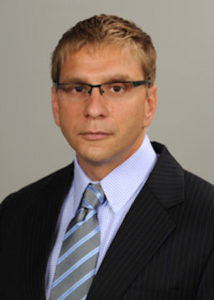 According to a National Policy Analysis (NPA) white paper, written by FEP Coordinator Scott Shepard, SEC staff have increasingly – and inappropriately – picked sides in determining which shareholder proposals are allowed to be placed before corporate shareholders and which proposals it will allow companies to exclude.

New interpretive rules, Shepard argued, also make the SEC staff’s decision-making process much less transparent for no beneficial purpose – noting that the staff is wielding rule waivers, time limits and other technicalities in ways that benefit the companies that are fighting to maintain viewpoint discrimination.

If the SEC staff continues in this direction, the NPA argues:

[E]xecutive or congressional oversight operations will become necessary. The SEC cannot be permitted to allow a reasonable inference to arise that its staff’s personal policy preferences dictate relations between shareholders and corporate boards, and thus the fate of markets, investors and employees nationwide.

Rather than making decisions based on objective criteria, the SEC is now deciding the fate of shareholder resolutions based on subjective and decidedly left-leaning biases. In rejecting our resolution, the SEC made a mockery of the shareholder proposal process. It’s time for Congress to take notice of the role the SEC plays in shaping corporate proxy ballots — and how that process is empowering corporate America’s march to the left.

“The SEC staff has been biased against conservative proposals for more than a decade now,” noted Danhof. “On issues such as corporate charitable giving, state-level religious freedom laws, health care, workplace discrimination and more, the SEC routinely allows liberal proposals on these topics while blocking ours. The SEC’s commissioners are derelict in their duties if they allow such chicanery to continue.”

The (Louisiana) Legislative Races Were A Runaway For Conservatives Last Night

8chan Is a Megaphone for Gunmen. ‘Shut the Site Down,’ Says Its Creator.