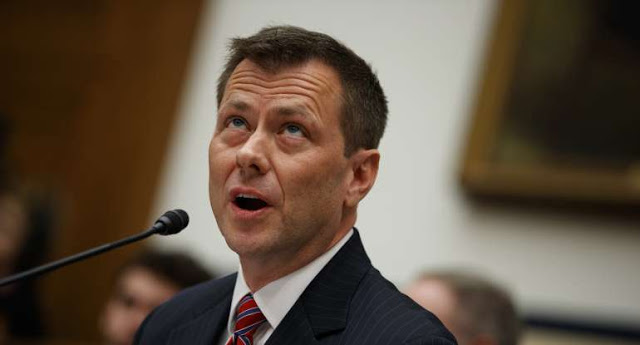 BY
Former FBA Director fo Counterintelligence Peter Strzok (AP Photo/Evan Vucci)
Justice Department officials are saying that a lawyer for the FBI altered a key document that was then used in the application for a FISA warrant to initiate surveillance of the 2016 Trump campaign.
DOJ Inspector General David Horowitz is expected to release his report on FISA warrant abuses by the Obama administration on December 9. No doubt, this incident will figure prominently in that report.
Interestingly, the Washington Post originally reported that the lawyer worked for Peter Strzok, the FBI’s disgraced former head of counterintelligence and notorious anti-Trump investigator who, along with his mistress Lisa Page, played a key role in the bureau’s Russian collusion investigation.
According to Fox News, the Post later dropped references to Strzok.
The Post, hours after publishing its story, conspicuously  removed the portion of its reporting that the FBI employee involved was underneath Peter Strzok, the FBI’s since-fired head of counterintelligence. The Post did not offer an explanation for the change, which occurred shortly after midnight. Earlier this week, the DOJ  highlighted a slew of anti-Trump text messages sent by Strzok when he was leading the Hillary Clinton email investigation and the probe into the Trump campaign.
While the exact nature of the alteration isn’t known, PJ Media reported earlier that U.S. Attorney for the Southern District of New York Preet Bharara said, “If there was an FBI agent, who has sworn to uphold the Constitution, who can be proven to have altered a document in connection to a legal proceeding including the attaining of a FISA warrant, that’s really serious. It doesn’t get much more serious than that.”
Horowitz reportedly found that the FBI employee who modified the FISA document falsely stated that he had “documentation to back up a claim he had made in discussions with the Justice Department about the factual basis” for the FISA warrant application, the Post reported. Then, the FBI employee allegedly “altered an email” to substantiate his inaccurate version of events. The employee has since been forced out of the bureau.
In its initial 2016 FISA warrant application, the FBI flatly called Page “an agent of a foreign power.”
The Post tried to downplay the alteration as “not central to the legality of the FISA warrant obtained against Page.” Without knowing the exact substance of the alteration, how the hell do they know?
There is no doubt now that Attorney General Willian Barr’s concerns that the investigation into the Trump campaign in 2016 was tainted by politics were legitimate. Former Trump campaign adviser Carter Page has never been charged with a crime despite the secret surveillance, and he and other members of the Trump campaign have filed several lawsuits looking to clear their names.
The document in question wasn’t the only piece of evidence that was altered.
Newly released text messages involving text messages between Strzok and former FBI lawyer Lisa Page revealed that Page — who was not present for the Flynn interview — had apparently made “edits” to the so-called “302” witness report in the case, which was key to Flynn’s prosecution on a false statements charge. Page told Strzok on February 10, 2017 that she “gave my edits to Bill to put on your desk.”
The myth that the FBI and other federal law enforcement officials could put aside their personal anti-Trump biases and conduct an honest, “professional” investigation has been shattered. The lot of them should have recused themselves from any investigation involving Trump and the campaign. The problem is that the bias infected the entire upper echelon of the FBI and Justice Department.
It would be hard to conduct an investigation when the bosses are the corrupt ones.
https://pjmedia.com/trending/former-fbi-lawyer-accused-of-altering-document-to-obtain-a-fisa-warrant-for-carter-page-surveillance/?utm_source=pjmedia&utm_medium=email&utm_campaign=nl_pm&newsletterad=&bcid=227841a8b1ca836b99e21ea36efa6859&recip= 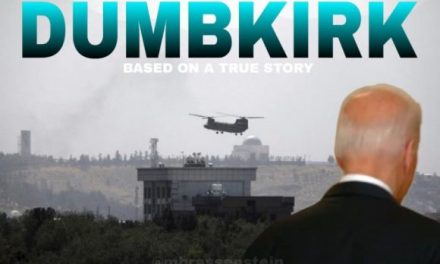 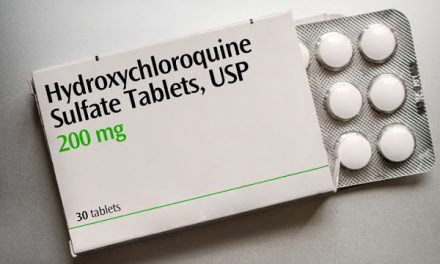