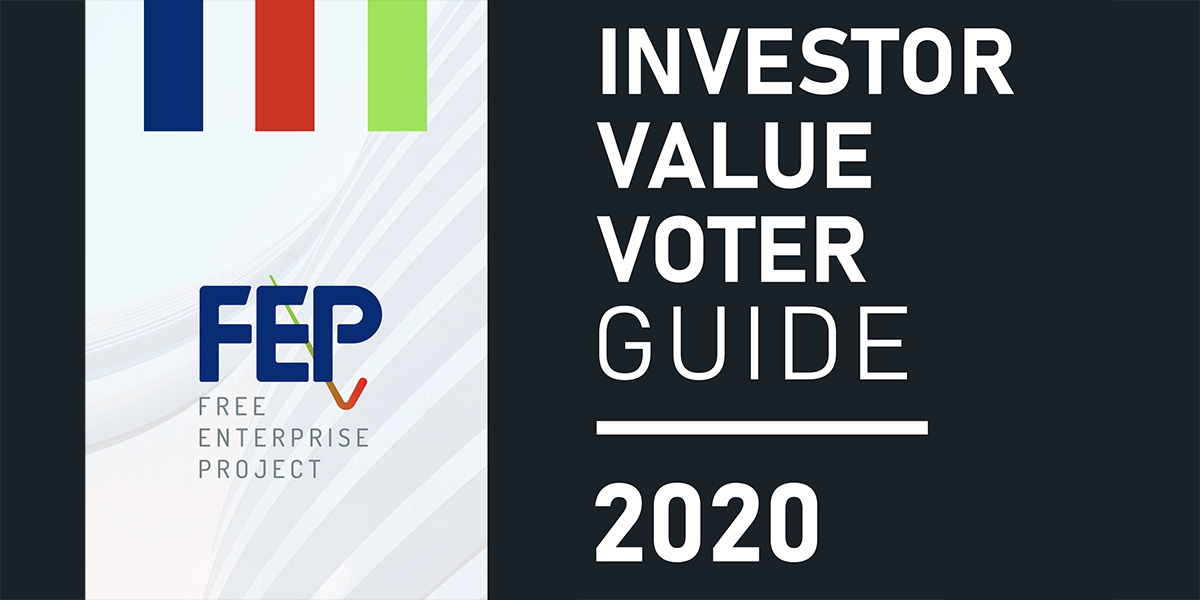 We hope you will use this guide to take back your shareholder franchise and cast votes that reflect your values and your conscience. This guide exposes the most egregious far-left resolutions and highlights conservative-minded proposals meant to improve the increasingly imbalanced corporate environment. It’s time to take on the rigged proxy system. 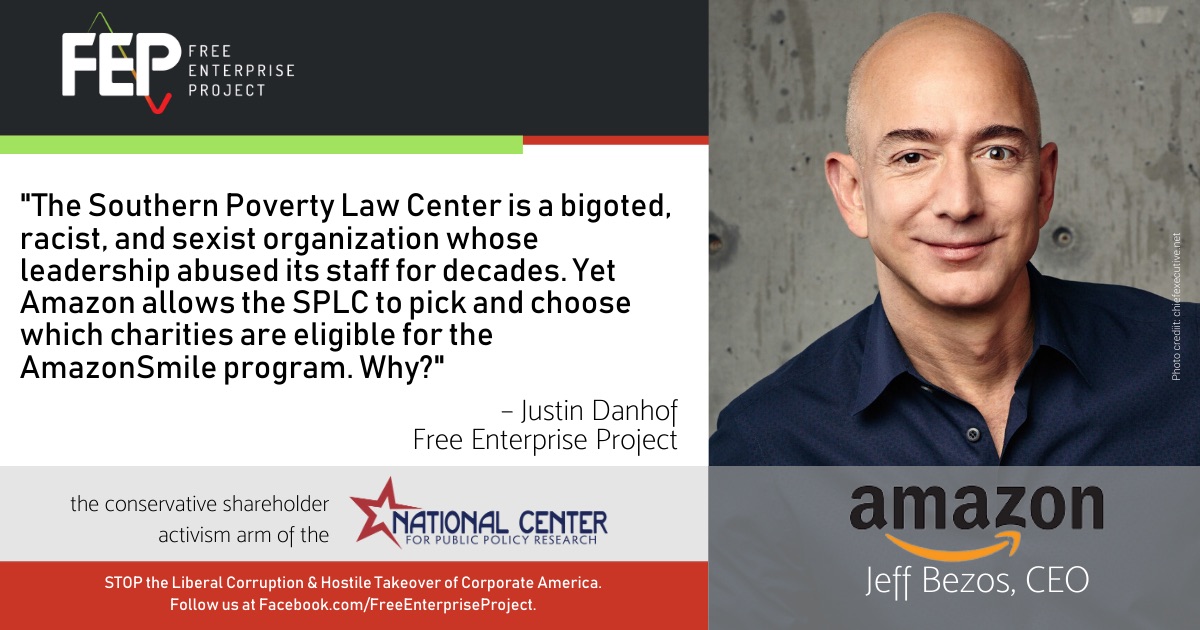 Amazon claims that it will donate 0.5 percent of all eligible purchases made through AmazonSmile towards a charity of the customer’s choice.

Because Amazon relies on the widely-discredited Southern Poverty Law Center (SPLC) as the gatekeeper for AmazonSmile recipients, and the SPLC weeds out any conservative groups it deems as “hate groups.”

Sign our petition to protest Amazon’s collusion with the SPLC. 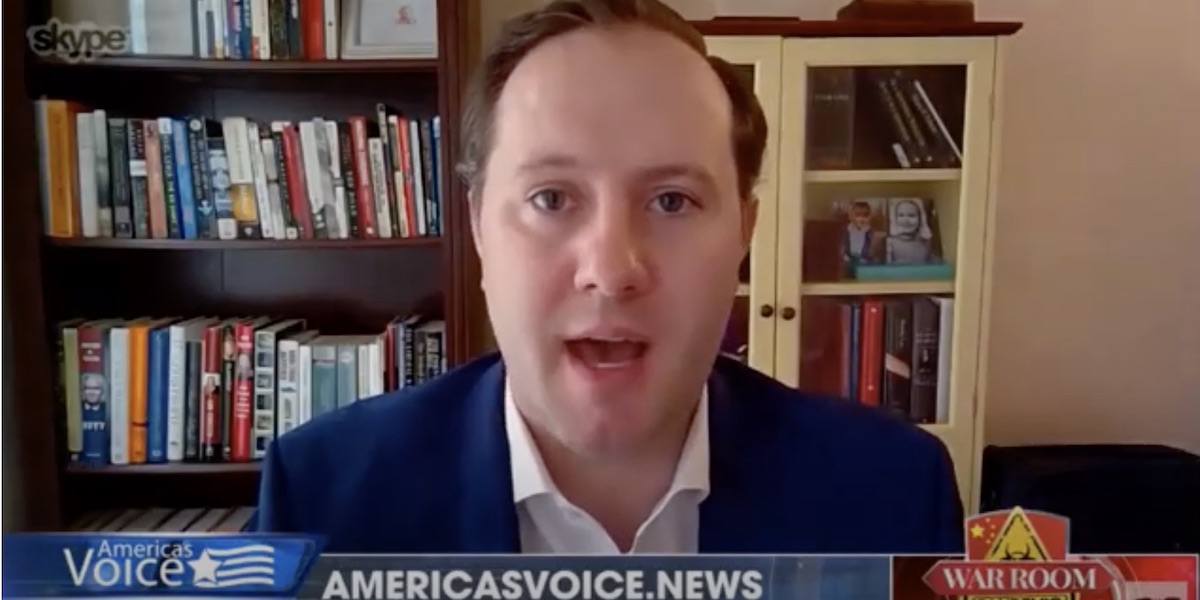 In what is becoming a trend for tough questions posed by conservative shareholder activists during this largely virtual shareholder season, BlackRock passed on the question submitted by FEP.
It was about the asset management firm’s preferential treatment of Chinese companies over American businesses, while catering to the demands of liberal social justice activists. 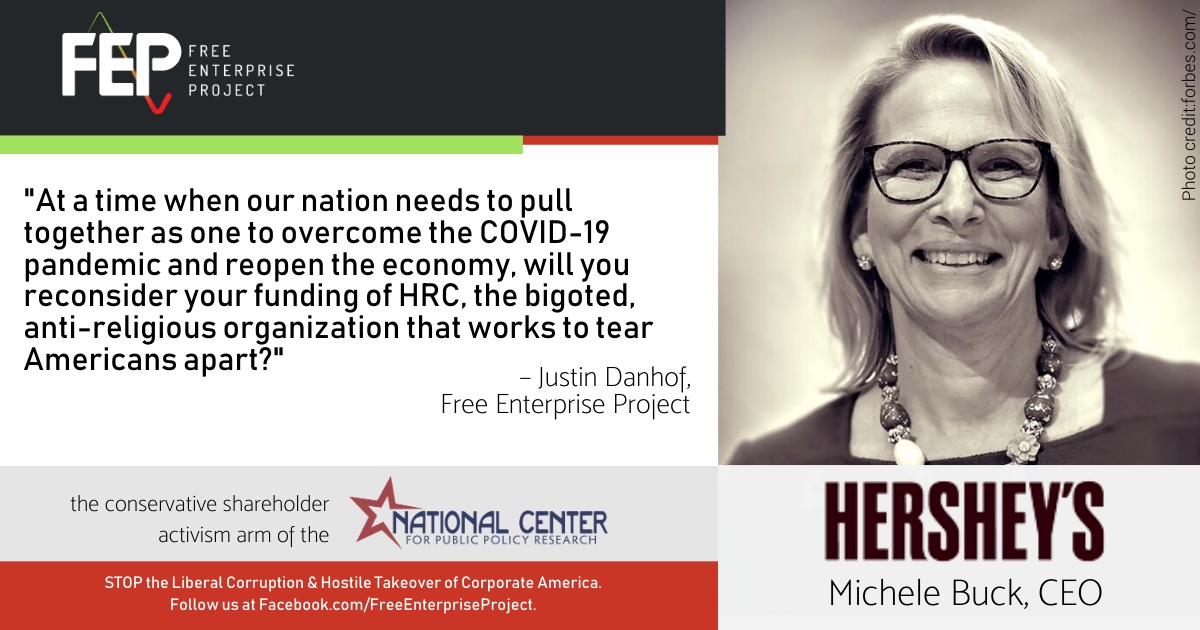 Hershey CEO Michele Buck aligned herself and the company strongly on the side of pro-LGBTQ activists in responding to an FEP question about the chocolate maker’s support of the Human Rights Campaign (HRC). 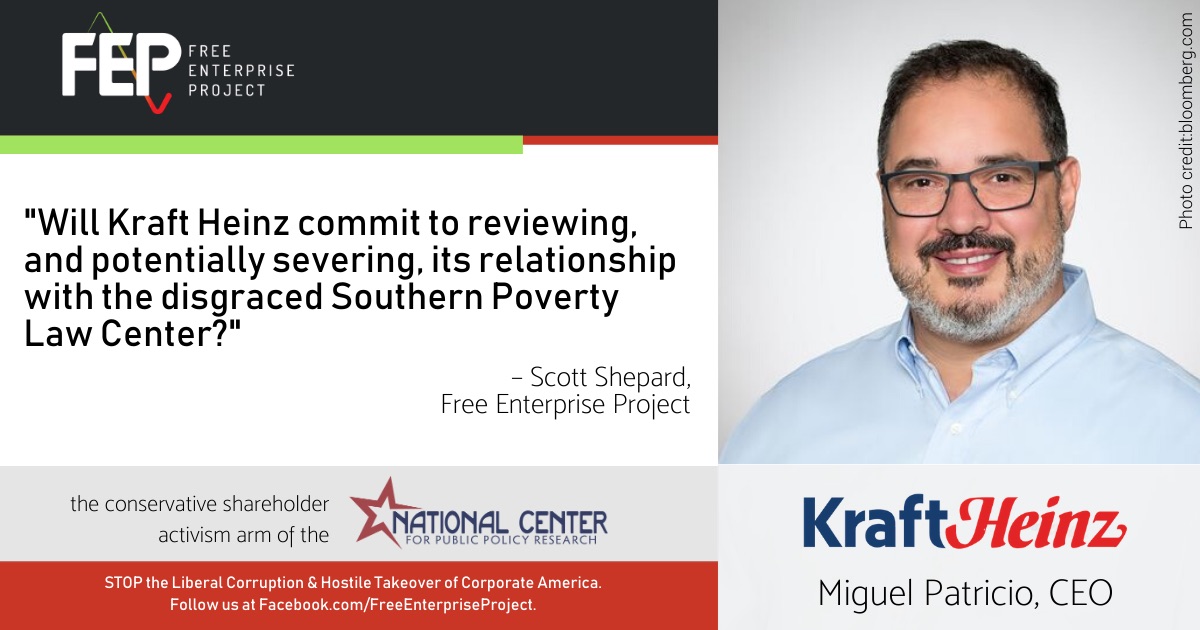 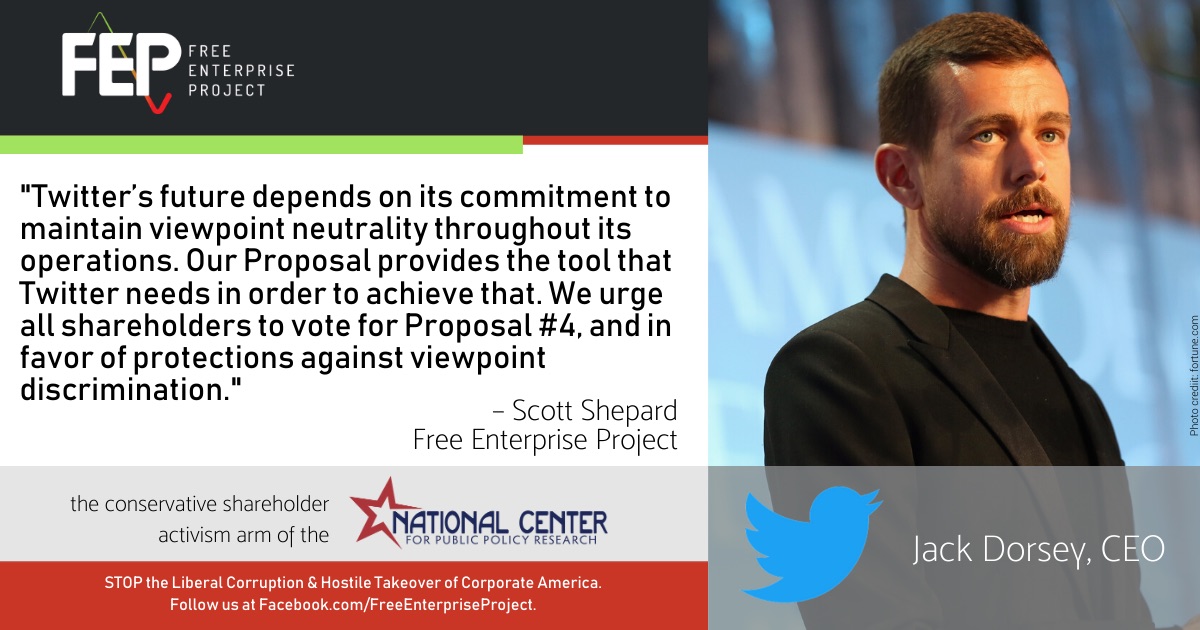 Twitter refused to adopt our proposal that would have added viewpoint protection to its employee non-discrimination policy. 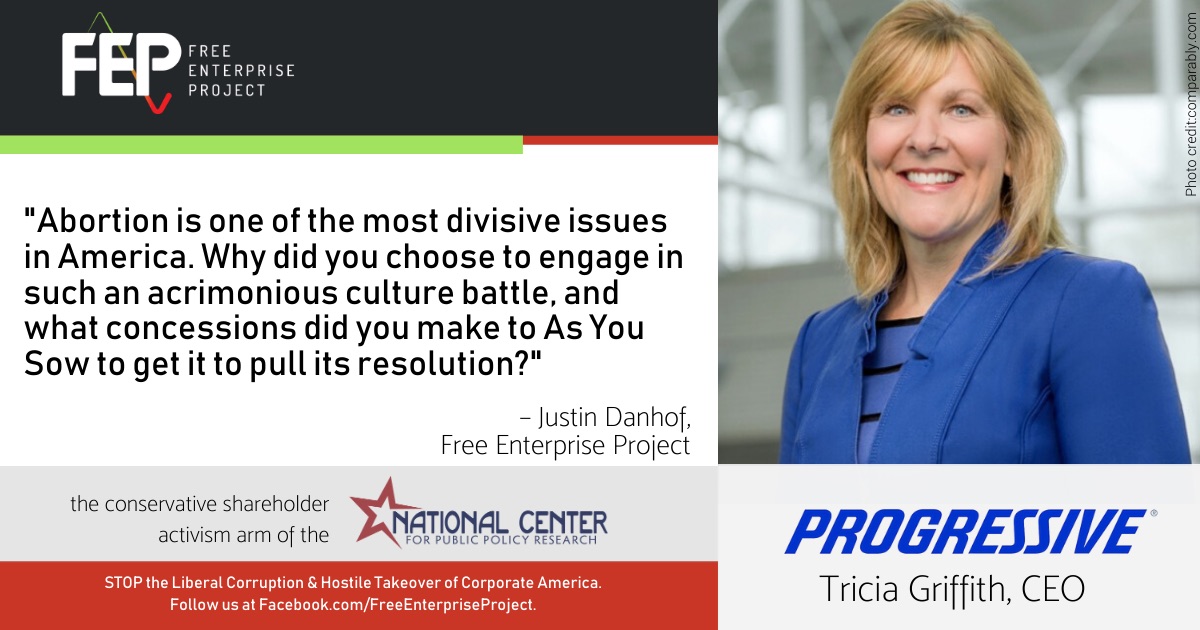 After FEP Director Justin Danhof questioned Progressive’s CEO about the company’s cooperation with pro-abortion activists, he said her “abhorrent response may be the most tone-deaf statement I have ever received from a corporate executive.” 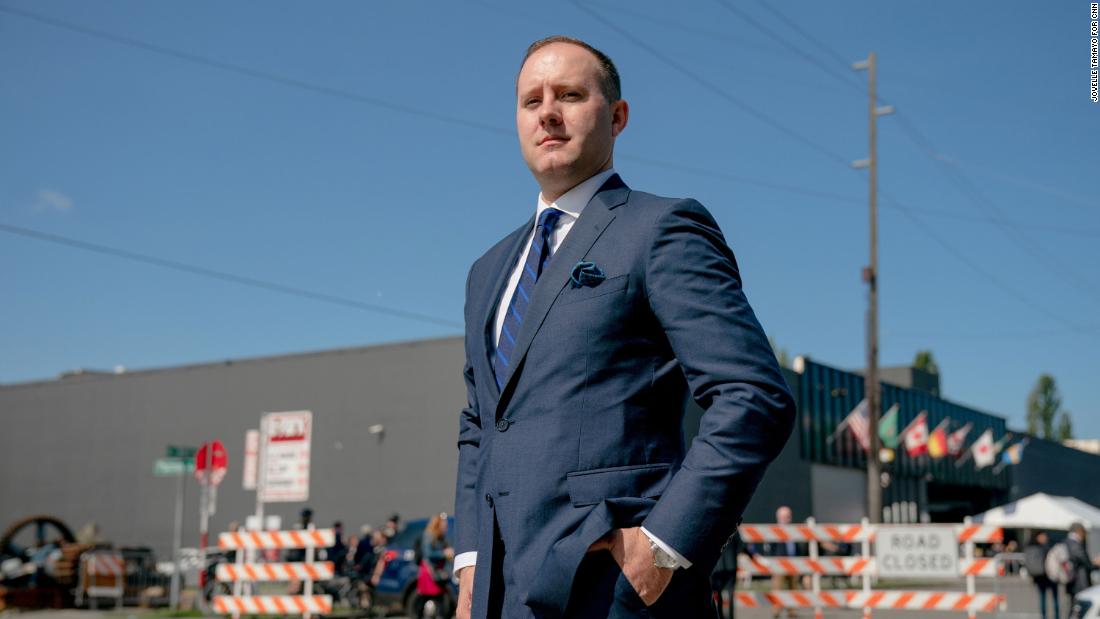 Justin Danhof joined The P.A.S. Report to discuss the convergence of big government and big business. In addition, Justin explained how people can combat liberal influence over corporate America, and prevent these corporations from becoming political and social activists.

The Free Enterprise Project has participated in more than 20 shareholder meetings so far in 2020.  Other meetings that FEP attended in May include State Street, Goldman Sachs, CVS, Pepsi  and Eli Lilly.

Donate today to help us fight the Left’s hostile takeover of corporate boardrooms in America! 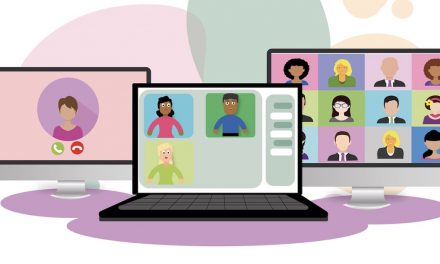 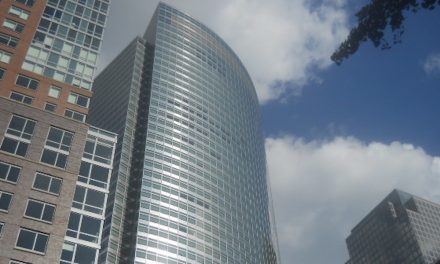 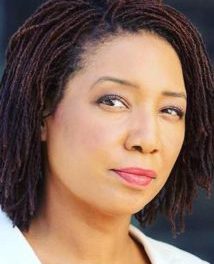