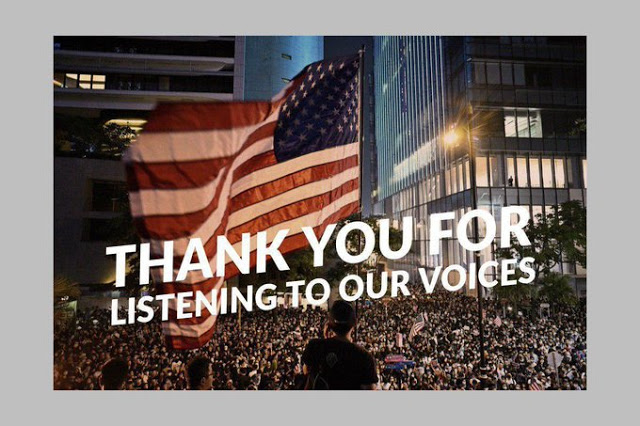 By
Source: Twitter/Screenshot
Pro-democracy protesters held a Thanksgiving Day rally to thank the United States and President Trump for signing bills into law on Wednesday that support the demonstrators in their struggle against Beijing.
The bipartisan bills signed by the president impose sanctions on officials in Hong Kong and China that are responsible for human rights abuses. The bills also require an annual review of the special autonomous status the U.S. State Department grants to Hong Kong during trade considerations. The revocation of that status is a powerful tool to incentivize support of pro-democracy groups in Hong Kong. The legislation also bans the sale of crowd control munitions to Hong Kong that have been used by police against the protesters. 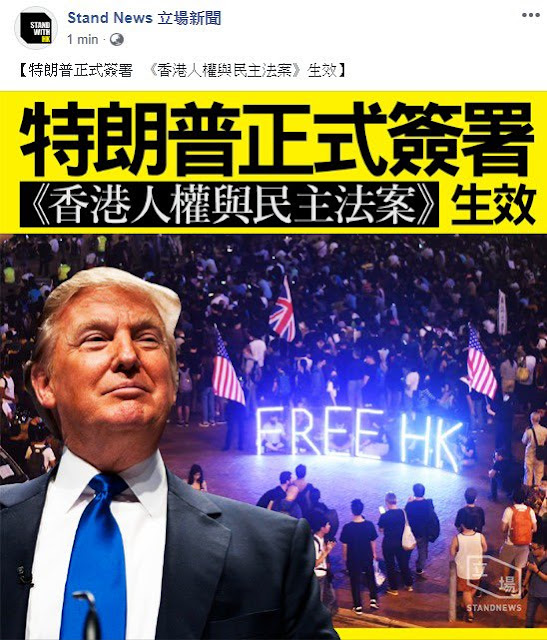 “I signed these bills out of respect for President Xi, China and the people of Hong Kong,” the president said in a statement after signing the bills. “They are being enacted in the hope that leaders and representatives of China and Hong Kong will be able to amicably settle their differences leading to long-term peace and prosperity for all.”
On Thanksgiving Day, a large crowd of several thousand assembled to express gratitude for the show of support from the United States. The crowd sang the Star Bangled Banner as attendees waved American flags. 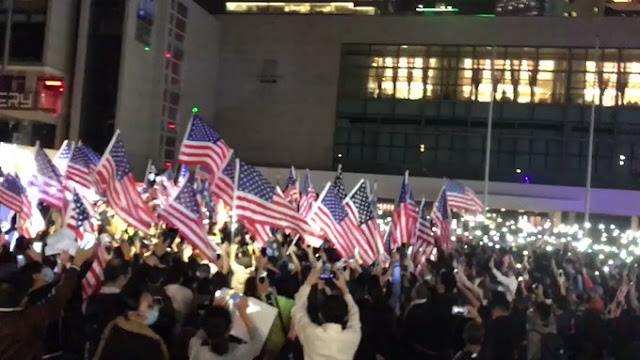 The Trump administration and Beijing are currently involved in a trade war and it remains to be seen how the bills signed by the president on Wednesday will play out in the ongoing dispute. When the Senate backed the bill, the Chinese Foreign Ministry said the legislation “violates the basic norms of international law and international relations” and “interferes in China’s internal affairs.” The government of Hong Kong also warned the bills would harm relations between Hong Kong and the United States, calling the bills “unnecessary and unwarranted.”
But the pro-democracy protesters seem to be winning the public’s support in Hong Kong. Pro-democracy parties picked up an overwhelming number of seats on Sunday in Hong Kong’s district council elections. Seen as a stunning rebuke to Beijing and its supporters in Hong Kong, the elections drew a record turnout in voter participation. The district council races are local, community-related offices. But given the widespread unrest by protestors calling for greater democracy for Hong Kong, the election is seen as a referendum on Hong Kong’s current relationship with Beijing. 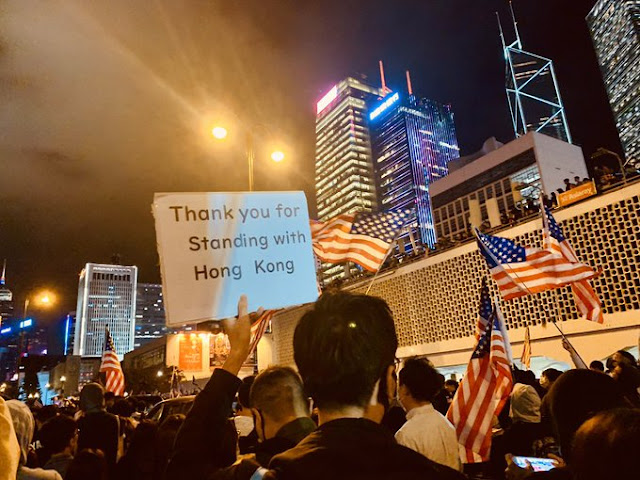 In July, massive protests erupted after a bill was introduced in the Hong Kong government that would allow for the extradition of Hong Kong citizens to communist China. The pro-democracy groups see the bill as undermining the sovereignty of Hong Kong and the civil liberties of its citizenry.
Newsweeks Jumps the Gun on What Trump Was Doing For Thanksgiving — Gets Egg on Its Face
As the protests have advanced, protesters have settled around five key demands from the Hong Kong government. First, for the controversial bill to be withdrawn. Second, an investigation into allegations of police brutality and misconduct towards the protesters. Third, the release of all arrested protesters. Fourth, the retraction of the characterization of the protests as “riots.” And finally, the resignation of the current chief executive as well as universal suffrage for the chief executive and legislative council elections.
https://townhall.com/tipsheet/bronsonstocking/2019/11/28/hong-kong-protesters-thankful-for-trump-and-the-u-s-this-thanksgiving-n2557223?utm_source=thdailypm&utm_medium=email&utm_campaign=nl_pm&newsletterad=&bcid=1b87ed489cb499e9d52de389e64c7f01&recip=19399969

Am I being promised money for little or no effort on my part?