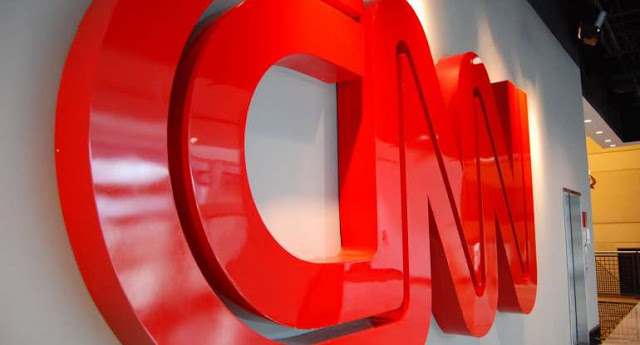 BY
This is CNN. Source: Josh Hallett / Flickr (CC BY 2.0)
If Democrats and their media allies thought that the impeachment of President Trump would be his undoing, I’ve got bad news for them: it’s actually undoing them. The Democrats’ favorite (fake) news channel CNN is suffering from a three-year low in ratings.
According to Disrn, CNN “reached a three-year low in ratings over the Thanksgiving holidays, averaging 643,000 primetime viewers. The news outlet also saw its worst week for viewers among the 25-43 demographic.” In that group, CNN only pulled 138,000 viewers. That’s pathetic.
Fox News, on the other hand, “posted higher ratings than CNN and MSNBC combined, averaging nearly 2.2 million viewers during primetime last week. The network also pulled in 303,000 viewers ages 25 to 54,” which is the most important target group for advertisers.
In other words, Fox News is utterly and completely destroying the competition. Now, there’s nothing new about that in itself, but what is new is CNN’s complete and utter irrelevance in the news world. If you’re thinking to yourself, “CNN? I never watch it!”, you’re not only talking for yourself but for just about every single American. There’s literally just about nobody watching any of its programs — let alone those scheduled outside of primetime.
How deep the once mighty have fallen. It’s unbelievable. CNN was once an example to be followed. And now? Not one self-respecting real journalist, with ambition, would want to work for them.
There’s just one way for CNN to turn this around. They’ve got to do something that hasn’t been tried in decades. We have Fox News which is pro-Republican. We have MSNBC which is pro-Democrats. CNN’s attempt to imitate MSNBC is destroying the channel. The way forward is for CNN to actually hire real journalists to — and this is going to shock a lot of people — do real journalism.
Be proudly neutral. Don’t air any shows by “commentators.” Don’t mix opinion with news. You bring the news, and that’s it. When you have talk shows, you can invite guests who are not objective, but the presenter has to be absolutely, 100 percent neutral.
This is the only way for CNN to save themselves. If they don’t choose this path going forward, they’re doomed.
Obsessed: Legacy TV Networks Mention Impeachment 73 Times in 26 Hours
https://pjmedia.com/election/impeachment-is-destroying-cnn/

Bernie Sanders Is No George McGovern (Barf Alert!!! And what’s wrong with Barone?