Conservatives and people of faith need to “engage with companies” to prevent them from being wholly taken over by a left-wing political agenda.

“If we don’t engage,” said Justin Danhof, Esq., director of the National Center’s Free Enterprise Project (FEP), “we can just kiss corporate America goodbye and consider it the next college campus.”

In a conversation with Bradley Foundation President Rick Graber, Justin said that conservatives, moderates and people of faith must resist the urge to boycott and withdraw themselves from any further contact when they find themselves at odds with a company siding with the leftist agenda. The fact that the left-wing activists are so involved with big business is why they have been so successful:

The left is successful at being the tail that wags the corporate dog because of engagement – not disengagement… Engagement is the way to succeed in this battle.

Justin explained that the left exerts a lot of influence over corporate America through its manipulation of the “environment, social and governance” (ESG) process. Previously existing under names such as “corporate social responsibility” and “socially responsible investing,” ESG is now the “vehicle for the political left to try to influence corporate decision-making.”

A “cadre of shareholder activists” that he estimates to be just under 100 groups strong is responsible for campaigns targeting corporate leaders through shareholder resolutions and other activities designed to advance their radical agenda:

They do this for a simple reason.

They know that you don’t need to change a law to change the culture. That corporate America, and the actions of large publicly traded companies, have a tremendous influence on our culture because politics is downstream from culture.

And the left knows that well. And that’s why they engage so regularly with corporations. And they engage at a high and successful level.

As an example, Justin brought up the religious freedom bill that was passed by the Georgia legislature in 2016. Similar to existing law at the federal level and in many other states, it was nonetheless opposed by the LGBTQ lobby. Special interests leveraged the power of Hollywood, Silicon Valley and even the National Football League to pressure then-Governor Nathan Deal to veto the bill – which he did.

This example, Justin noted, shows how “corporate America can move much faster than the legal or political process” and – in this case in particular – “had more power than anyone else.”

Justin also remarked that CEOs have backed themselves into a corner.

A letter authored by the Business Roundtable and signed by over 180 corporate leaders proposed watering down companies’ fiduciary responsibility to their investors and welcoming unaffiliated “stakeholders” into the corporate governance process. This has simply opened up companies to new complaints and resolutions based on their support of this concept.

“If these companies thought that this statement was somehow going to appease the left-wing mob,” Justin joked, “they don’t really understand the mob that well.”

He also noted that, when it comes to shareholder resolutions, “the vote, my friends, is rigged.”

Evidence of that can be found in a resolution passed at Chevron’s annual shareholder meeting to hold the energy company to the regulations of the international Paris climate accord – an agreement from which the Trump Administration withdrew because it was considered to be bad for American businesses.

The reason investors voted against Chevron’s interests in that case is indicative of a larger problem: proxy advisor services make faulty recommendations to fund managers, who in turn vote against free enterprise on behalf of their clients. And Justin noted that the top two proxy advisor services, which control 97% of that industry, “support all manner of left-wing ESG shareholder resolutions.”

This is a “big” threat to retirement security since fund managers are supposed to be making the best financial decisions for their clients, and “politicizing their money is not the way to do it.”

That’s why action by the U.S. Department of Labor, supported by FEP and detailed by Justin in the Bradley video, is helping protect 401(k)s and private pension plans by reining in the influence of proxy advisors and fund managers who are forgetting their responsibilities to investors. When it comes to the leftist ESG agenda, Justin said:

It’s not anything that is in the interest of a publicly traded company or their shareholder price of their value.

Justin highlighted how FEP engages in its own activism on behalf of conservatives and people of faith to promote free market ideals and traditional values. In particular, FEP participates by:

Justin was the third grant recipient of The Lynde and Harry Bradley Foundation to be profiled in the organization’s “We the People” web series. Others have been Rick Hess of the American Enterprise Institute and Trent England of Save Our States.

To read National Review’s coverage of Justin’s interview – “Everything You Needed to Know About Shareholder Activism” – click here. 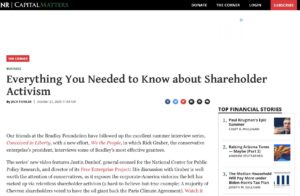 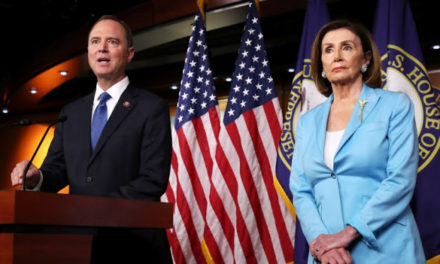 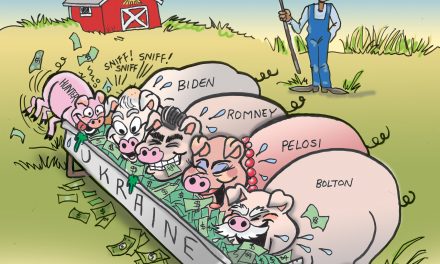