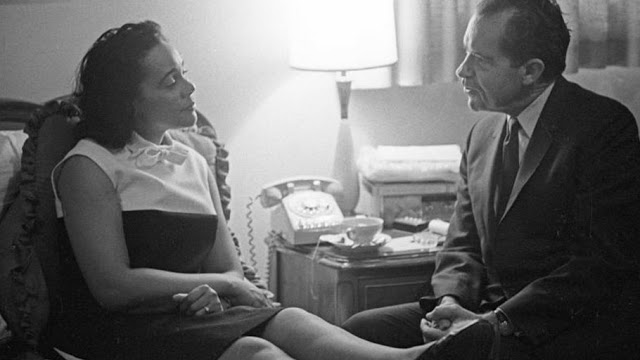 By Eleanor Clift  | The Daily Beast | Published 06.23.18
Bob Fitch photography archive, © Stanford University Libraries
Nixon came in part to avoid attending the funeral, but he also brought a check—later lost—for her children’s education, according to a family friend finally telling the story.
Click Below To View Two Videos of the First Hand Account of Nixon Aide, Dwight Chapin. 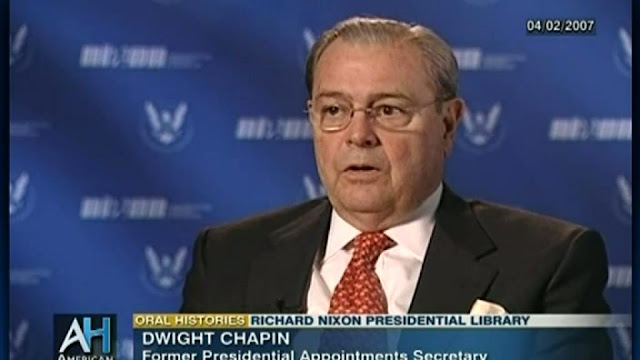 Oral Histories: Dwight Chapin – Part I
Oral Histories: Dwight Chapin – Part II
A secret kept for a half century about a controversial future president’s gift to the new widow of a fallen civil rights icon seems improbable, but Xernona Clayton was there and is now telling the story.
The civil rights leader and King family friend says that she remembers everything about Richard Nixon’s visit with Coretta Scott King “as though it happened yesterday,” and now she is finally sharing the story.
It was about 48 hours after Martin Luther King Jr. had been murdered on the evening of April 6 when the former vice president arrived at the modest King home in Atlanta in an unmarked car and with no press. Those were the conditions Clayton had established after Ralph McGill, the pioneering civil rights editor and publisher of the Atlanta Constitution, contacted her to say that Nixon wanted to pay his respects, stopping in Atlanta on his way to Key Biscayne, Florida, for the weekend. No fan of Nixon’s, McGill had nevertheless agreed to pass along the request.
Coretta Scott King was not eager to see Nixon so soon after her husband’s death, but she understood the sensitivity of the moment and she wanted to be above politics. Nixon arrived in the early evening and was escorted down a long hall to a back bedroom where Mrs. King received guests. She sat on the bed, propped up by pillows, and Nixon sat in a chair next to the bed in a meeting captured by a family photographer.
Nixon explained his wife, Pat, couldn’t be there because one of their daughters was ill, and she’d gone to be with her. Then, according to Clayton, he handed Mrs. King an envelope with a check for the children’s college education, saying, “This is from us—from me and Pat. I know the children are young. And you won’t be needing it for a while. But when you need it and want to use it, it will be there.”
Mrs. King thanked him, “and as I led him out, I thanked him,” Clayton told The Daily Beast. “I didn’t read the check, and I don’t know what happened afterwards. We had a place where we put things people gave to her.”
As to the check, Clayton says, “I never saw it again.”
She called McGill the next morning to report on the visit, and when she told him about the check, “He just laughed, he laughed hard, and he said, ‘He [Nixon] must have really wanted to score brownie points.’”
McGill never wrote about it, and the check as Clayton remembers it has been lost in the mists of time. It was never cashed, or the Nixon Library would have a record of it, and the aide who was with Nixon on what became two visits to Atlanta during that tumultuous time is disbelieving that Nixon, a reflexively suspicious politician, would hand a check to the widow of a man as divisive as King had become at the time of his death.
“It’s like I’m a hundred percent certain, he would never give her an envelope. There’s too much open to interpretation and wrong interpretation to do that,” Dwight Chapin told The Daily Beast. “I was a 27-year-old go-fer, but I was around him day and night.”
Except Chapin was not in the room when Nixon sat with Mrs. King. He says he saw him take her hand, and start talking. Then he left and, he says, talked on the screened-in front porch with the Kings’ young children until Nixon emerged about 15 minutes later.
Clayton is a trusted figure in the King orbit, and someone I and many others who covered civil rights or knew Dr. King can personally vouch for. She drove Dr. King to the airport on that fateful trip to Memphis that cost him his life, and she is featured in the new HBO documentary King in the Wilderness, which is based solely on interviews with people who knew him well.
It was after a screening of the film at the Museum of African American History that she first told the story of Nixon’s visit, and the check. “For a long time I didn’t tell the story, it was a private memory,” she explained. “But it’s not a new story to people who know me, I’ve told it before. Every time I say something it doesn’t make the news, I’m not famous.”
Nixon’s visit with Mrs. King was off the record, but that evening in Key Biscayne, Nixon wanted to know how it was playing. Chapin reminded him it was off the record. Nixon had expected news of the meeting would leak and was furious when told it had not. So Nick Ruhe, another Nixon aide, called Atlanta radio stations to tip them off that Nixon had been seen at the King home. But when reporters called the house, no one would confirm the visit.
Nixon had sought the private visit in part because he wanted to avoid attending the funeral, set for April 9 in Atlanta, Clayton recalled. Now he fumed, he would have to go. He and Chapin flew back to Atlanta the night before the funeral, staying at the Hyatt. When they pulled up the next day at the Ebenezer Baptist Church, thousands of people had gathered, and getting through the crowd looked daunting. But as Chapin recalls, people stepped aside to make room for Nixon, slowly clapping in a rhythmic and respectful way. 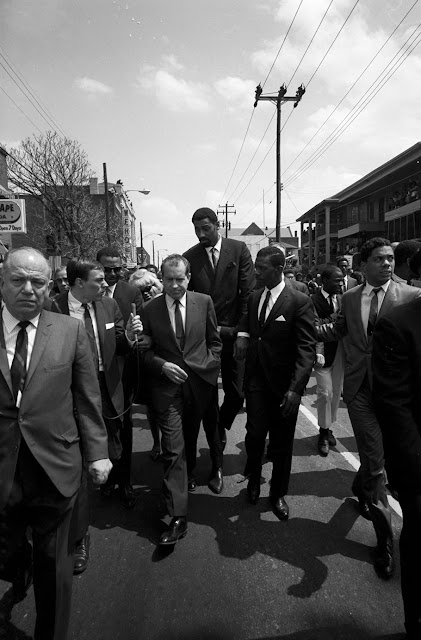