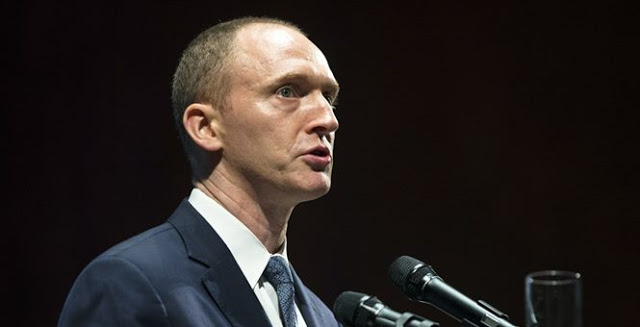 By
The FISA court officially acknowledged Thursday that the FBI submitted false information when obtaining warrants to surveil Trump campaign aide Carter Page. Therefore, the FISA warrants that were issued are invalid.
“Thanks in large part to the work of the Office of the Inspector General, U.S. Department of Justice, the Court has received notice of material misstatements and omissions in the applications filed by the government in the above-captioned dockets. See Docket No. Misc. 19-02, Order (Dec. 17, 2019; DOJ PIG, Review of Four FISA Applications and Other Aspects of the FBI’s Crossfire Hurricane Investigation (Dec. 2019),” the court released in an order. “DOJ assesses that with respect to the applications in Docket Numbers 17-375 and 170679, ‘if not earlier, there was insufficient predication to establish probable cause to believe that [Carter] Page was acting as an agent of a foreign power.'”
In other words:
—–

Brad Heath
✔@bradheath
Replying to @bradheath
This is a big deal. The Justice Department is conceding that two of the four FISA applications it used to conduct surveillance of former Trump campaign aide Carter Page were not lawful, and it’s not defending the legality of its other two applications.

—–
During the time the FBI was illegally surveilling Carter Page with illegitimate and illegally obtained FISA warrants, Page was working for the CIA on behalf of the United States. He was not working for the Russias as the FBI and their friends in the media repeatedly stated.
In his long awaited report about FISA abuse, which was released late last year, Department of Justice Inspector General Michael Horowitz found the FBI failed to meet “basic obligations” when applying for warrants. FBI agents and attorneys, led by former Director James Comey and Deputy Director Andrew McCabe also made nearly two dozen egregious “mistakes” in the process.
https://townhall.com/tipsheet/katiepavlich/2020/01/23/its-official-the-fisa-warrants-issued-against-carter-page-were-not-valid-n2560007