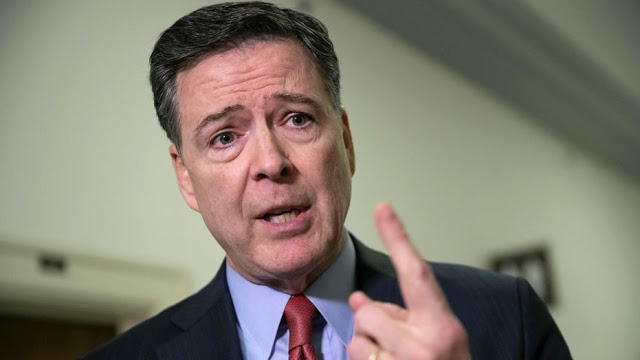 By
The OIG concluded that Comey violated applicable policies in his FBI employment agreement by providing one of the unclassified memos that contained official FBI information to a friend with instructions to turn the information over to a reporter.
A scathing inspector general report released Thursday said that fired FBI Director James Comey violated bureau policies by drafting, leaking and retaining memos documenting private discussions with President Trump.
The Justice Department’s official watchdog concluded that the memos Comey kept were, in fact, “official FBI records,” and said Comey set a “dangerous example” with his actions.
READ THE IG REPORT ON COMEY
“By not safeguarding sensitive information obtained during the course of his FBI employment, and by using it to create public pressure for official action, Comey set a dangerous example for the over 35,000 current FBI employees—and the many thousands more former FBI employees—who similarly have access to or knowledge of non-public information,” the report stated.
While the findings of the probe were forwarded to the DOJ, the department has declined prosecution, as Fox News reported earlier this month. But for Comey, who has cultivated the image of a by-the-book and irreproachable leader since his termination in 2017, the review shined a harsh light on his decisionmaking in the final, beleaguered weeks of his tenure at the head of the nation’s top law enforcement agency.
The 83-page document outlined a series of violations, including that he broke FBI policies and the bureau’s employment agreement “by providing one of the unclassified memos that contained official FBI information, including sensitive investigative information, to his friend with instructions for the friend to share the contents of the memo with a reporter.”
Further, the IG determined that Comey kept copies of four memos (out of the total seven he drafted) in a personal safe at home after his removal as director — and in doing so “violated FBI policies and his FBI Employment Agreement by failing to notify the FBI that he had retained them.” The IG said Comey again violated the rules “by providing copies … of the four memos he had kept in his home to his three private attorneys without FBI authorization,” and by failing to alert the FBI once he learned one of the memos contained sections later deemed classified at the confidential level.
Video
Comey’s GOP critics slammed the former FBI boss in the wake of the report. Rep. Jim Jordan, R-Ohio, top Republican on the House Oversight Committee, called his actions “disgraceful.”
The report repeatedly and pointedly alleged that Comey wrongly violated policies for personal reasons — in this case, in order to spur a special counsel probe.
“[E]ven when these employees believe that their most strongly-held personal convictions might be served by an unauthorized disclosure, the FBI depends on them not to disclose sensitive information. Former Director Comey failed to live up to this responsibility,” the report said.
For his part, Comey zeroed in on a section that said he didn’t leak classified material directly to the media — and urged his critics to tell him “sorry we lied about you.”
——–

James Comey
✔@Comey
DOJ IG “found no evidence that Comey or his attorneys released any of the classified information contained in any of the memos to members of the media.” I don’t need a public apology from those who defamed me, but a quick message with a “sorry we lied about you” would be nice.
—–
The inspector general’s separate, broader review of potential intelligence community surveillance abuses remains ongoing. Earlier this month, it emerged that IG Michael Horowitz had referred Comey’s case to the DOJ for a possible criminal prosecution, but that lawyers opted against bringing charges — with one source telling Fox News it “wasn’t a close call.”
Comey admitted to Congress during testimony in June 2017 that, after he was fired, he purposefully leaked several memos through an intermediary to ensure that a special counsel would be appointed. Comey specifically leaked his memos to a friend, Columbia Law School Professor Daniel Richman, who now serves as Comey’s legal counsel. Richman ultimately leaked the contents of the memo to The New York Times.
The media firestorm that followed the leak proved a watershed moment that led to Special Counsel Robert Mueller’s appointment.
“Comey had several other lawful options available to him to advocate for the appointment of a Special Counsel, which he told us was his goal in making the disclosure,” the inspector general report stated. “What was not permitted was the unauthorized disclosure of sensitive investigative information, obtained during the course of FBI employment, in order to achieve a personally desired outcome.”
The inspector general report revealed that former FBI agent Peter Strzok spoke to Richman after Comey admitted sharing his memos. Strzok, according to the report, urged Richman to “please preserve” anything Comey had given him. Richman told the inspector general that after his initial conversation with Strzok, he had multiple conversations with members of the FBI about the “mechanics” and “logistical complexities” of retrieving Comey’s memos from his computer.
By June 13, 2017, FBI agents went to Richman’s home in New York to remove his desktop computer and returned it only after they took steps “to permanently remove” the memos from it. According to the report, the FBI agents also assisted Richman in deleting the text message with photographs of Comey’s memo–specifically “memo 4”–from his cell phone.
Public outrage centered on the news that Comey wrote in one of his memos that Trump had told him, “I hope you can let this go,” amid reports that former National Security Adviser Michael Flynn had lied to the FBI and senior White House officials about his contacts with Russia’s government.
‘Comey set a dangerous example for the over 35,000 current FBI employees.’
Flynn later pleaded guilty to one count of lying to FBI agents in the White House.
Although Comey said he wrote the memos so that they would not contain classified information, two of his memos–memos “1” and “3”–contained information later classified at the “SECRET” level. Memos “2” and “7” contained small amounts of information classified at the “CONFIDENTIAL” level. The FBI designated memos “4, 5, and 6” remained unclassified–“For Official Use Only.”
Comey, whom Trump fired in May 2017, denied that sharing the memos with his legal team constituted a leak of classified information. Instead, he compared the process to keeping “a diary.”
“I didn’t consider it part of an FBI file,” Comey told Fox News’ Bret Baier last year, referring to the memos. “It was my personal aide-memoire…I always thought of it as mine.”
According to the report, Comey reviewed his memos on the back porch of his home on June 7, 2017, after the FBI provided them to him. His first reaction was that some of the classification markings seemed “reasonable” and some seemed “overly conservative.” Comey took issue with the classification markings on “memo 2,” noting that he “did not see how release of that [information] damages the security of the United States.”
Despite Comey’s comments last year claiming that he considered his memos “personal,” the inspector general’s report stated that: “As Comey well knew, classified information is never considered personal property; rather, it is the property of the U.S. government.”
Comey’s memos included a slew of other secretive information, including the “code name and true identity” of a confidential source, according to a court-ordered filing by the Justice Department earlier this year.
Comey meticulously outlined “foreign intelligence information obtained from and through” the key human source, “information about whether the FBI initiated coverage through the Foreign Intelligence Surveillance Act (FISA) on a particular individual,” relevant “sources and methods” used in the FBI’s investigation, as well as “information concerning the President’s foreign policy decisionmaking,” according to the DOJ.
All of that information is “currently and properly classified,” the DOJ said.
Horowitz first publicly confirmed last year that his office was investigating Comey for his handling of classified information related to the memos.
https://www.foxnews.com/politics/doj-inspector-general-says-comey-violated-policies-with-memos-documenting-private-conversations-with-trump 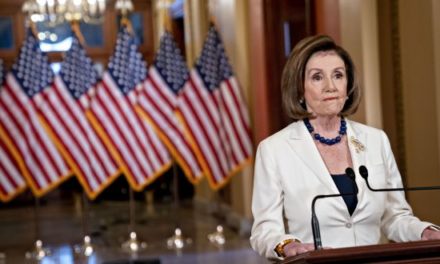