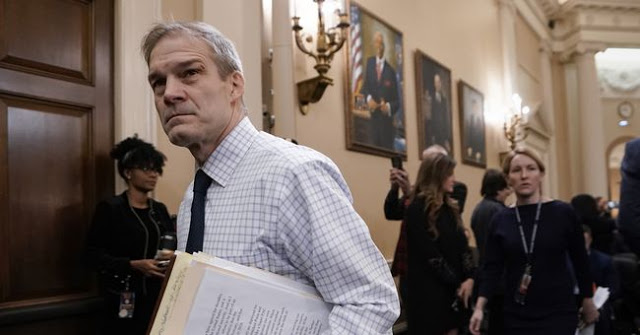 By
Source: AP Photo/J. Scott Applewhite
Rep. Jim Jordan (R-OH) used his opening statement at Tuesday’s House Judiciary Committee hearing with Attorney General Bill Barr wisely. He began right after Chairman Jerry Nadler (D-NY) spent several minutes painting Barr as someone who blindly does whatever President Trump tells him and has worked to destroy the integrity of the Justice Department. Nadler was particularly upset after the Trump administration sent federal agents into U.S. cities that have been steeped in violence after the Minneapolis police killing of George Floyd. According to Nadler, the DOJ is now just “a shadow of its former self.”
When Jordan had the spotlight, he asked for a video to be shown. It began with clips of different media outlets referring to the riots we’ve seen these past few months as “peaceful protests.” The video then cut to a presser about the death of retired black police captain David Dorn, who was killed during a riot in St. Louis as he was helping protect a local business.
The video proceeded to show other footage of rioters toppling statues, looting local businesses, and running over police officers. It was scary, scary stuff. I’ve included the video here but be warned it does have some graphic and disturbing footage.
Jordan then thanked AG Barr for working to restore the rule of law and speaking out against the Defund the Police movement. He added that the Democrats have “absolutely nothing” on him.
“And so all they got left is to attack the Attorney General who had the courage to state the truth right from the get-go,” Jordan said.
Nadler complained that the minority did not give them a 48-hour notice that they were going to be playing the video.
Right. Because that’s the main issue. 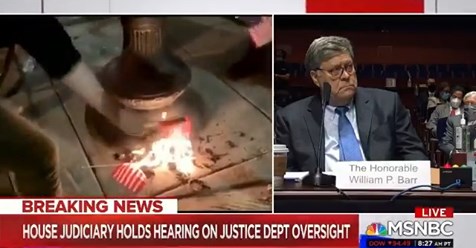 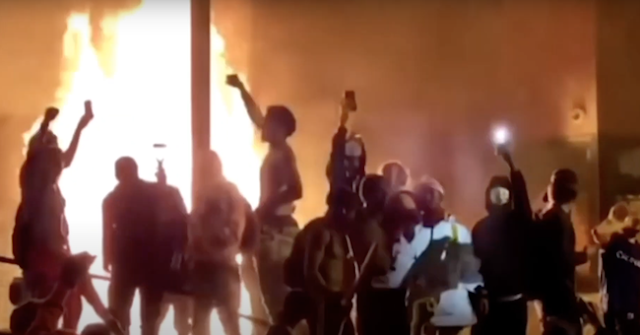 Source: House Judiciary Committee/Screenshot
The Republican side of the House Judiciary Committee played a video montage of the violence that has been occurring in the United States since the death of George Floyd at the beginning of the committee’s hearing with Attorney General William Barr.
The montage, which included video taken by Townhall, was played on Tuesday as part of Ranking Member Jim Jordan’s (R-OH) opening statement, which has no time limit. The Democrats, who are in charge of the hearing, cut the video short after it played for around seven minutes.
“There is no time limit in opening statements. They cut [the video] because they are scared of the truth,” a Republican source on the Committee told Townhall.
“I hope Mr. Jordan will never complain about the length of my opening statement. Without objection, I will insert the Committee’s audiovisual policy into the record of this hearing. And note the minority do not give the committee the 48-hour notice required by that policy,” Chairman Jerry Nadler (D-NY) said after the video was cut. 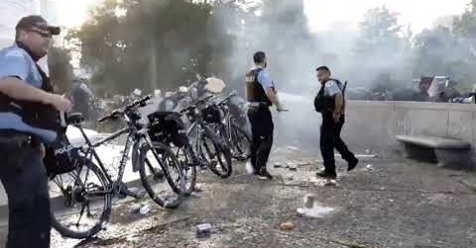 The montage included moments taken in Minneapolis, Chicago, Atlanta, and Portland. It shows rioters attacking police officers with fireworks, rocks, and bottles. Video also showed the looting that has occurred in various cities and it showed the moment when rioters set the 3rd Minneapolis Police Precinct on fire in May.
“We have the obligation to protect federal courts, and the U.S. Marshall specifically has been given that obligation. Federal courts are under attack. Since when is it ok to try to burn down a federal court?” Barr asked lawmakers during the hearing.
https://townhall.com/tipsheet/juliorosas/2020/07/28/the-whole-video-montage-of-violent-riots-republicans-wanted-to-show-at-ag-barrs-hearing-n2573287 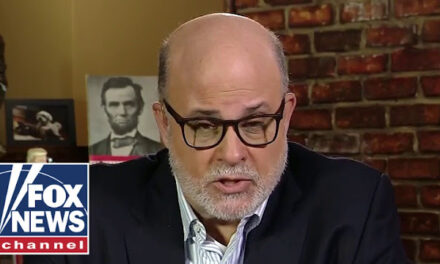 Mark Levin: This election is about confronting left-wing Marxists