Black History Month should be a great celebration for all Americans, not just those of us who are black. Unfortunately, the pride I felt about it as a child in the late 1970s has almost dissipated. That’s because instead of honoring those who truly made black history into American history, corporate media, corporations and the politically left have appropriated this tradition into a vehicle for virtue signaling.

President Gerald Ford decreed Black History Month a national observance in 1976, a year that marked the fiftieth anniversary of the first iteration of Black History Month.  Black History Month evolved from the Association for the Study of Negro Life and History’s “Negro History Week,” which began in 1926. Harvard-trained historian Carter G. Woodson and minister Jesse E. Moorland chose the second week of February to coincide with the birthdays of Abraham Lincoln and Frederick Douglass.

Woodson’s goal, however, was not to segregate black history to a specific time of the year, but to encourage year-round, ongoing recognition of those who had often been overlooked. Many Americans still embrace Woodson’s vision of perpetual study of black history, but the majority of Americans seem largely unaware of black accomplishments until February rolls around. Also, as we have recently seen, certain school systems overlook much of black history to focus on slavery and the civil rights movement—if there is any focus on it at all.

We also see the acknowledgement of black history erode into two streams of thought: a leftist perspective and the celebration of black modern culture.

In the last few years, a lot of black history observances have been predicated on a certain ideology. Thus the average American’s understanding of black history and accomplished black Americans could easily be limited to slavery, the civil rights movement, Martin Luther King Jr., the Obamas, Kamala Harris, Michael Jordan, Michael B. Jordan, and Oprah.

Some may know a bit about James Baldwin, Maya Angelou, and Malcolm X. But how many would recognize the names Clarence Thomas, Walter Williams, James B. Parsons, Benjamin Hooks, or Zora Neale Hurston, or know that America’s first slaveowner, Anthony Johnson, was African-American?

The other stream, one embraced by corporate media, focuses on modern black culture as black history. Thanks to the media and its corporate sponsors, many Americans do not understand how slave-inspired chants and songs evolved into gospel and the blues, and eventually into modern country, rock and soul music.

School systems are adopting the America-hating and historically dubious “1619 Project” instead of learning that Harriet Tubman was the first woman to ever lead a U.S. military operation or that Madam C.J. Walker was the first female self-made millionaire. We have young adults who can quote Megan Thee Stallion but not George Washington Carver or Booker T. Washington.

As a result, we have people complaining on social media that it was racist for a team with a white quarterback to win the Super Bowl against a team with a black quarterback during Black History Month! We are trending toward celebrating victimhood instead of championing survival and perseverance.

Because of this, I aspire to eradicate Black History Month in its current form. I would like to see American history taught so it thoroughly integrates black, white, Asian, Hispanic, women’s, Jewish and everyone’s history together. Like Woodson envisioned, we could still have specific months to highlight specific groups.

By thoroughly and objectively integrating the recognition of black contributions into our society, we will not only be able to say black history is American history, but also make it worth celebrating again.

Project 21 member Marie Fischer, a native of Memphis, Tennessee, is a college information technology professional with over 20 years of experience in the field. This was originally published by The Federalist. 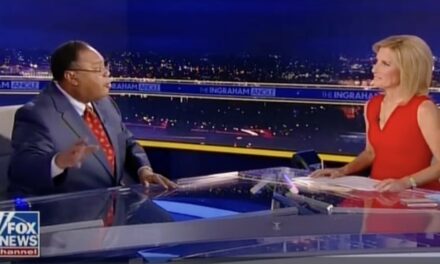