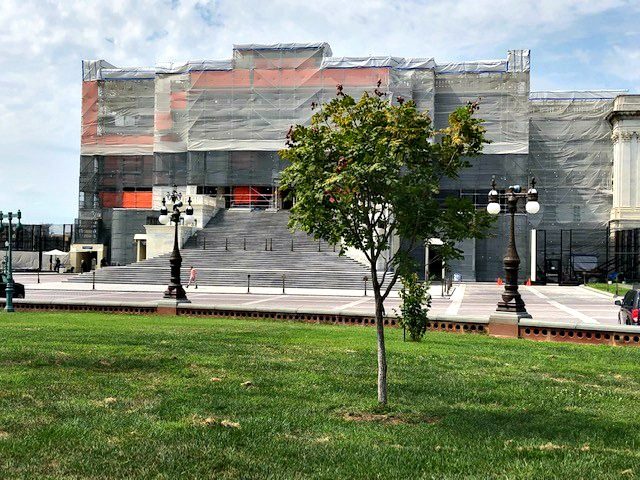 By
A website and eventbrite.com promoted rallies in Washington, DC, and other cities across the country to take place Monday to push for the impeachment of President Donald Trump – but no one showed up for the one at the Capitol.
The website, impeachmentaugust.org, said the protest would take place at 11:00 a.m. at 1st Street SE, which is near the House side of the Capitol. The website states that the protest is supported by several leftist and anti-Trump groups, including Indivisible, MoveOn, Need to Impeach, Stand Up America, March of Truth, By the People, Common Cause, Free Speech for People, Democracy for America, Progressive Democrats of America, Credo, and democrats.com. 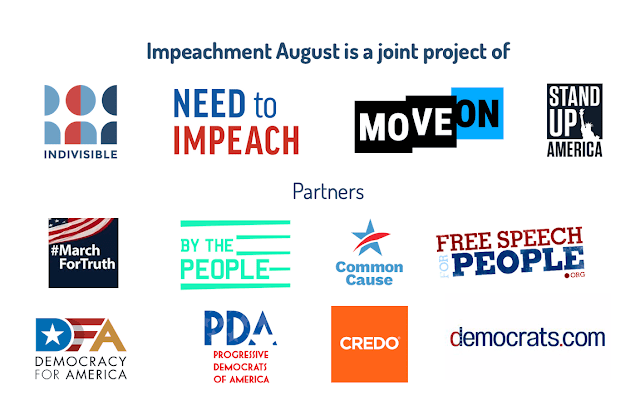 The eventbrite.com protest notice said it would take place at noon on Monday on the “Capitol lawn below the steps,” but no one showed up for that protest. This protest notice said that “events are registered with Indivisible,” one of the groups listed as a sponsor for the 11:00 a.m. protest.
Breitbart News reached out to the contact for the Indivisible event but did not receive a response. Breitbart News also reached out to MoveOn to ask if the protest was canceled and, if not, were organizers disappointed that no one showed up?
Monday was the first day Congress was back in session following its August break, and both advertised protests said the purpose was to demand lawmakers start an impeachment inquiry against the president.
Protest organizers at the eventbrite.com website make these claims against Trump and Vice President Mike Pence:
The President, Vice President and all civil Officers of the United States, shall be removed from office on impeachment for, and conviction of, treason, bribery, or other high crimes and misdemeanors., The charge of “high crimes and misdemeanors” covers allegations of misconduct by officials, such as perjury of oath, abuse of authority, bribery, intimidation, misuse of assets, failure to supervise, dereliction of duty, unbecoming conduct, refusal to obey a lawful order, chronic intoxication, and tax evasion.
The impeachaugust.com website states that Trump has “broken the law, abused presidential power, and stoked hatred in our country.”
Both protest notices state that the rallies will be ongoing with protesters descending on the offices of lawmakers and protesting at members’ town halls across the country throughout the month.
The notice for Monday’s protest on the impeachaugust.com website has been removed and only future protests are now posted.
https://www.breitbart.com/politics/2019/09/09/lleftists-d-c-impeach-donald-trump-protests-a-bust/

Hollywood’s Rosanna Arquette Apologizes for Being White. Announces Shame & Disgust Over Her Birth