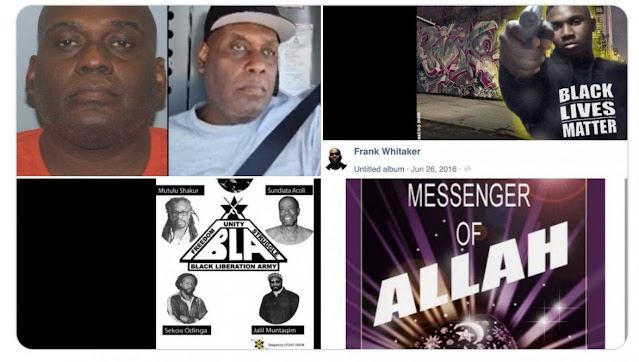 Now that the suspected New York train shooter has been arrested by the police, charges of terrorism and hate crimes can’t be far behind. Or can they?

As PJ Media has reported, suspected terrorist Frank James was a supporter of the black separatist group Nation of Islam. His recorded rantings on his YouTube channel and Twitter account were full of his racist poison. YouTube has already disappeared his channel with Frank James’s hundreds of videos.

But there’s one comment in particular that may sound eerily familiar to those who were sentient beings on 9/11/01 and remember its aftermath.

One of the most shocking comments uttered in response to the terrorist attacks on the World Trade Center towers and the Pentagon and the attempted attack on the White House or Congress was said by Senator Barack Obama’s spiritual advisor and pastor, the Reverend Jeremiah Wright.

Barack Obama’s Chicago minister, who officiated the Obama’s wedding ceremony, declared before cheering parishioners that the Islamist Al Qaeda attack was America’s “chickens coming home to roost.” It was so divisive that Obama, then running for president, had to disavow Wright and gave a speech on race to distract from the poison coming from the pulpit of the church he’d belonged to for 20 years.

James, who, as we reported, calls himself a “prophet of doom,” described 9/11 as “the most beautiful day, probably in the history of this f***ing world.”

Will the Leftist media memory-hole the name of the racist terror suspect and stay mum on hate crime and terror charges against the man, as they have done with other Leftist killers?

By The Associated Press

The man wanted in the shooting of 10 people on a subway in Brooklyn was arrested Wednesday afternoon, a day after the attack on a crowded rush-hour train.

Frank R. James, 62, was taken into custody in Manhattan’s East Village neighborhood, law enforcement officials who weren’t authorized to discuss the investigation and spoke on condition of anonymity told The Associated Press. Law enforcement located James after police received a tip about his potential whereabouts, the official said.

Police had initially said Tuesday that James was being sought for questioning because he had rented a van possibly connected to the attack, but they weren’t sure whether he was responsible for the shooting. Mayor Eric Adams said in a series of media interviews Wednesday morning that investigators had upgraded James to a suspect but did not offer details beyond citing “new information that became available to the team.”

The gunman sent off smoke grenades in a crowded subway car and then fired at least 33 shots with a 9 mm handgun, police said. Five gunshot victims were in critical condition, but all 10 wounded in the shooting were expected to survive. At least a dozen others who escaped gunshot wounds were treated for smoke inhalation and other injuries.

The shooter escaped in the chaos but left behind numerous clues, including the gun, ammunition magazines, a hatchet, smoke grenades, gasoline and the key to a U-Haul van.

That key led investigators to James, a New York City-area native who had more recent addresses in Philadelphia and Wisconsin.

Federal investigators determined the gun used in the shooting was purchased by James at a pawn shop — a licensed firearms dealer — in the Columbus, Ohio, area in 2011, a law enforcement official said

The van was found, unoccupied, near a station where investigators determined the gunman had entered the subway system. No explosives or firearms were found in the van, a law enforcement official said. Police did find other items, including pillows, suggesting James may have been sleeping or planned to sleep in the van.

Investigators believe James drove up from Philadelphia on Monday and have reviewed surveillance video showing a man matching his physical description coming out of the van early Tuesday morning, the official said. Other video shows James entering a subway station in Brooklyn with a large bag, the official said.

In addition to analyzing financial and telephone records connected to James, investigators were reviewing hours of rambling, profanity-filled videos James posted on YouTube and other social media platforms — replete with violent language and bigoted comments, some against other Black people — as they tried to discern a motive.

In one video, posted a day before the attack, James criticized crime against Black people and says drastic action is needed.

“You got kids going in here now taking machine guns and mowing down innocent people,” James says. “It’s not going to get better until we make it better,” he said, adding that he thought things would only change if certain people were “stomped, kicked and tortured” out of their “comfort zone.”

In another video he says, “This nation was born in violence. It’s kept alive by violence or the threat thereof, and it’s going to die a violent death. There’s nothing going to stop that.”

Several of James’ videos mention New York’s subways. A Feb. 20 video says the mayor and governor’s plan to address homelessness and safety in the subway system “is doomed for failure” and refers to himself as a “victim” of the city’s mental health programs. A Jan. 25 video criticizes Adams’ plan to end gun violence.

The Brooklyn subway station where passengers fled the smoke-filled train in the attack was open as usual Wednesday morning, less than 24 hours after the violence.

Commuter Jude Jacques, who takes the D train to his job as a fire safety director some two blocks from the shooting scene, said he prays every morning but had a special request on Wednesday.

“I said, ‘God, everything is in your hands,’” Jacques said. “I was antsy, and you can imagine why. Everybody is scared because it just happened.” 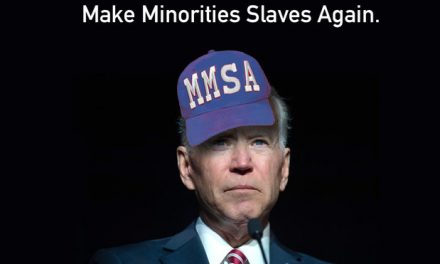 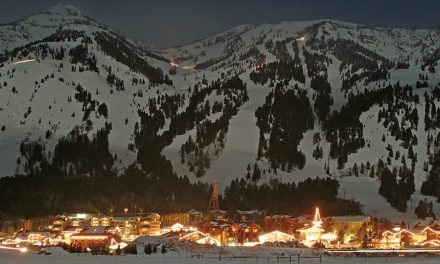